See how the beauty queens lovingly made fun of each other! 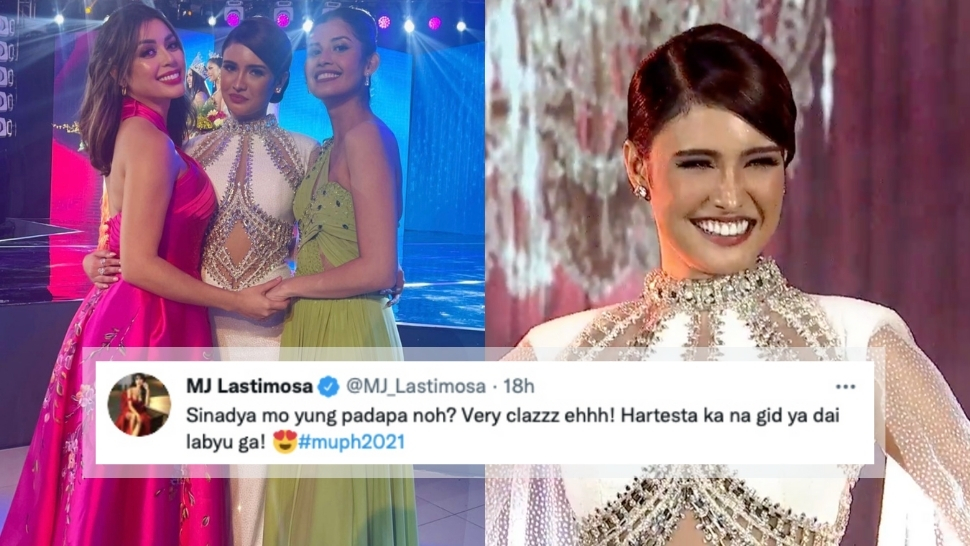 IMAGE instagram/mjlastimosa, twitter/mj_lastimosa, ktx.ph
See how the beauty queens lovingly made fun of each other!
Shares
Share
Tweet
Comments

The friendly trolling didn’t stop there, though.

Over on Instagram stories, MJ also shared a meme made by a netizen in which the Squid Game doll was edited in. She tagged Rabiya’s account and captioned it with “Ibyang 1st game palang eliminated kana” and a laughing emoji, referencing the hit korean series.

Not to be outbantered, she also chided her fellow-Visayas native by reposting MJ’s more serious IG story: a photo snapped moments before her infamous final walk with the in-photo text “Bangon everyday! Labyu”. Here, she called out MJ with her own caption: “ECHUSERA. NARINIG KITA TUMAWA NG NADAPA AKO EHH!”

This was all done in good spirits, though! This actually isn’t the first time the public witnessed the winning pair’s unique display of affection. The doting sister-figure has also poked fun of the 24-year-old beauty queen on Instagram last June.

While Rabiya looks into transitioning to showbiz, her pageant roots became evident when the pair finally caught up moments after the coronation night. In her IG story, MJ was asking Rabiya how she was, alluding to how everyone had expected her to bring on the waterworks.

Once a queen, always a queen!