JUST IN: Jinkee Pacquiao Is One Glamorous Ninang at a Wedding Wearing Accessories Worth at Least P10 Million|Read more »
Culture | By Steph Sison - Dec 14, 2018 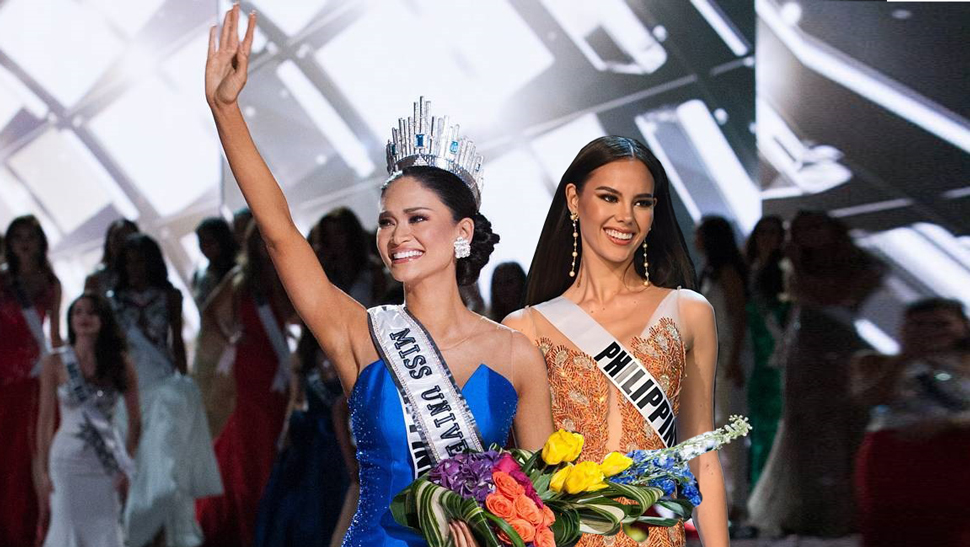 It's no secret that the Philippines is a pageant-obsessed country. We always express a deep fascination for our candidates' dresses, beauty looks, and, of course, their signature runway walks. Below, we take a look back at the famous pasarelas popuralized by our past Miss Universe bets over the years.

Venus Raj's Pilapil walk was named that way to pay tribute to the beauty queen's humble beginnings in Camarines Sur. She revealed that she used to practice her walk as a model on a pilapil, a narrow piece of land in a rice field.

A Look Back at Janine Tugonon, Shamcey Supsup, and Venus Raj's Preview Debut

Shamcey Supsup's trademark beauty queen walk called Tsunami was coined by her friend who always told her to "walk like a tsunami" to blow the pageant judges away.

Janine Tugonon's signature strut was nicknamed the cobra walk because it was meant to hypnotize her audience. According to an interview, Janine's Cobra walk can be achieved by doing a "fast crisscross walk with a slight shoulder shake and a pivot" at the end.

Ariella Arida sashayed down the Miss Universe runway with her Arriba walk. The said technique was all about projection and focused on the smooth glide of her hips.

MJ Lastimosa popularized the camel walk in 2014. The walk was perhaps fashioned after a popular jazz step of the same name that entailed the precise, polished, yet smooth swivel of the hips down to the calves.

Pia Wurtzbach was out of ideas when asked of her signature pasarela's name. And so, during a TV guesting on Vice Ganda's show, the comedienne suggested to call the beauty queen's stride tanim-bala. Vice explained that it was an apt name due to Pia's sharp smize.

Maxine Medina's signature stride at the 2016 Miss Universe meant rolling her shoulders in perfect sync with the gliding of her hips, completed by the beauty queen's full, captivating smile.

Rachel Peters' signature walk was developed to highlight her long legs. It was a strong stride that made Rachel glide down the runway with her elegant and statuesque figure.

Catriona Gray's Lava walk is now an iconic pasarela. It was an ode to the beauty queen's Bicolano roots where the famous landmark Mayon Volcano is located. The walk was said to mirror the slow flow of lava, which Cat demonstrated by gliding, swaying, and slow-mo turning.

Film director Marlon Rivera also had this to say about her walk, "Turn ala dance, meaning fix your head to a front spot for as long as possible, now turn. Hips go first, shoulders follow, then at the last moment the head leaves the front spot and turns to snap to the front.

"The body sections turning not all at once but in a series of different speeds to create that 'ramping' effect. The head snap also throws all the hair to that fan flick. Sandwiched between a brisk ramp, this kind of turn not only breaks the speed of the walk but also creates the illusion of a slow motion within the turn. Try it. I did. A lot of times. It works. With a medium-weight scarf as hair. You're welcome."