WATCH: Sassa Gurl Shows Us How to Achieve Her Signature "Hotdog" Blush|Read more »
Culture | By Cass Lazaro for Cosmo.ph - Dec 13, 2021

The road to the crown certainly isn’t all about glitters and glamour. 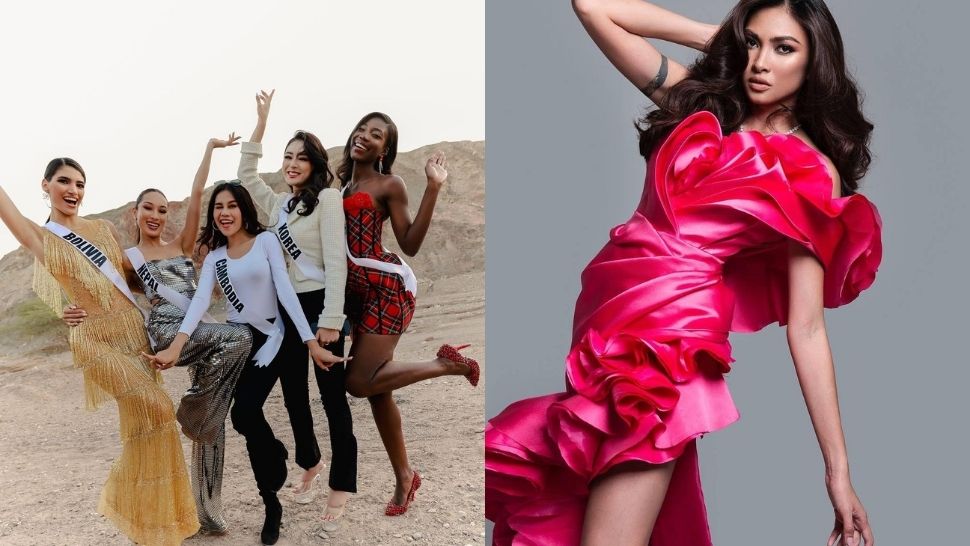 IMAGE (LEFT TO RIGHT) Instagram/missuniverse, Instagram/beatriceluigigmz
The road to the crown certainly isn’t all about glitters and glamour.
Shares
Share
Tweet
Comments

In an event where glamour is the go-to and looks are over-the-top iconic, one would expect the Miss Universe candidates to be all-around perfect. That’s not always the case, of course, as these women, no matter how flawless they look on stage, are humans—just like the rest of us!

And while there is no doubt that Miss Universe’s candidates are a group of well-rounded, intelligent women who stand for greater causes, that doesn’t exempt them from the struggles that come with the pageant journey.

With that in mind, here’s a rundown of the candidates who went through some drama behind the scenes.

Front-runner Miss Colombia might have been one of this year’s strongest contenders, but she also encountered issues prior to joining this year’s event. Last year, she was supposed to represent San Andres in Miss Universe Colombia, but backed out last minute due to personal reasons, which were rumored to be stress and pressure from the competition. She made it just in time this year though for her last eligible year (she’s 27!) and bagged a spot in the top five.

Miss France came in clutch this year, followed by a 10-day quarantine period after testing positive for COVID-19. The beauty queen expressed her dismay over the situation, especially since she’s fully vaccinated and has tested negative before departing from France. Thankfully, she was given a go-ahead to participate after her quarantine, and even made it to the top 10.

Filipino pride Bea Gomez was every bit laser-focused in her performance, but did you know she’s currently nursing a heartbreak? The Cebuana beauty was confirmed to have broken up with longtime girlfriend Kate Jagdon weeks before the competition, and has released no official statement regarding it. It looks like she has set her personal issues aside for her Miss Universe stint though, as she represented the country well with a stellar finish this year.

Congratulations on braving through the hardships, queens!

Aww, Bea Gomez's Fellow Miss Universe Philippines Candidates Are Getting a Tattoo to Celebrate Her Win

All the Fun Moments You Missed at Miss Universe 2021