This year’s Miss Universe competition is unlike its previous versions, and it seems to keep evolving every year. 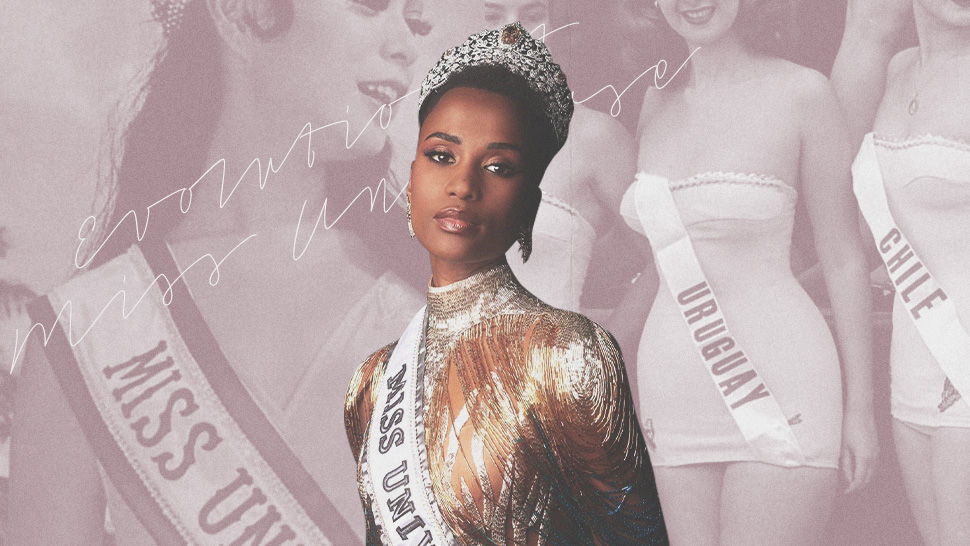 IMAGE INSTAGRAM/missuniverse
This year’s Miss Universe competition is unlike its previous versions, and it seems to keep evolving every year.
Shares
Share
Tweet
Comments

Whenever December rolls around, there’s a laundry list of occasions to look forward to: the numerous holiday festivities, Christmas shopping, and the Miss Universe pageant.

Tuning in to the annual Miss Universe competition has practically become tradition for many Filipinos. We fawn over the beautiful dresses, the hair and makeup, and analyze each candidate’s walk and talk while shamelessly rooting for our own.

Just yesterday, the 68th edition of the Miss Universe pageant took place yesterday in Atlanta, Georgia. The world awaited with bated breath which among 90 candidates from over the globe would be crowned next as the next reigning queen. South Africa’s Zozibini Tunzi won and succeeded Catriona Gray, who had a stellar run as Miss Universe, advocating for child welfare and HIV/AIDS awareness.

While the competition was complete with the usual spectacle as well as the flock of leggy, statuesque women strutting onstage, there was something that became clear once due attention is paid to the details: this year’s Miss Universe competition is unlike its previous versions, and it seems to keep evolving every year.

In its almost 70 years of existence, the Miss Universe competition and all other pageants have long been fraught with criticisms on being dated and misogynistic. And in all fairness, these observations do warrant some merit, stemming from its questionable history (Donald Trump formerly owned the pageant for 19 years) and dubious practices. After all, for all its glamour and sparkle, pitting women against each other and ranking them for their looks and physiques can and does perpetrate a limited and often harmful standard of beauty, while creating unnecessary animosity among candidates as they compete for the male gaze.

Yet in the 21st century, when we’ve had the #MeToo debacle, the possible end of the Victoria’s Secret era, and an increasingly inclusive and diverse set of role models and beauty ambassadors, is there space for the Miss Universe competition today?

If last night’s turn of events is any indication, then it could be said that Miss Universe is headed in the right direction. While not perfect, it’s clear that the organization has made strides to remain current and relevant—shifting its focus from finding the “perfect” Miss Universe that meets a restricted and biased criteria, to becoming a platform where women stand as representatives of their cultures and as advocates and agents for change.

For the second time in a row, an all-female panel of judges sat at this year's competition, continuing the breakthrough made during last year’s pageant that saw Cat as the winner. The 2019 panel consisted of a powerful mix of female personalities who have achieved their own individual successes: popular Latin American television host and actress Gaby Espino; Bozoma Saint John, marketing executive and one of Forbes’ World’s Most Influential Chief Marketing Officers; Miss America 2018 and Georgetown law student Cara Mund; multimedia personality and entrepreneur Sazan Hendrix; Crystle Stewart, actress and former Miss USA 2008; and former Miss Universe titleholders Paulina Vega and Riyo Mori in 2014 and 2007, respectively.

The all-women judges changes the game for several reasons:

1. It finally takes away the male gaze that the pageant has been subjected to for decades.

This time, the pageant allows women to define beauty for themselves, as seen through the eyes of a woman. Long-contended segments such as the swimsuit portion, which have become a tool to objectify women on international television can now be subverted to become a platform for empowerment and being confident in one’s own skin.

2. The coronation night also saw brilliant, powerful women onstage who embodied intelligence, substance and authenticity as much as physical beauty.

They're no longer reciting empty platitudes and memorized answers, instead speaking their mind with heartfelt words and strong insights. The pageant’s finalists were all strong, charismatic and articulate speakers who truly supported their advocacies and proved that their ideas were worth more than cliché phrases.

3. Whereas question-and-answer portions of old focused on vague motherhood statements and sentimentality, this year's questions highlighted real issues such as climate change, reproductive health, freedom of speech, and the right to privacy.

While these complex topics undoubtedly deserve beyond a minute to discuss, the pageant finalists were able to shed real insight and substance on these issues.

The Complete Transcript of the Miss Universe 2019 Q&A Portion

Much has been said about beauty pageants and how it’s regressive to reward women for how they look. While that remains to be true, there is empowerment to be found in beauty, and as this year's pageant has shown, it can become a platform to showcase the kind of beauty that needs to be seen and heard the most. Miss Universe 2019 Zozibini Tunzi best said it all in her closing statement:

"I grew up in a world where a woman who looks like me—with my kind of skin and my kind of hair—was never considered to be beautiful. And I think that it is time that it stops today. I want children to look at me and see my face and I want to see their faces reflected in mine."

It has been four years since the Miss Universe Organization launched its "Confidently Beautiful" motto. As pageants evolve and mindsets change, we finally get to see more of what it means: beautiful, strong, and unapologetically confident women who support each other and serve as inspiration to other women and girls around the world.

The Mactan-cebu Airport Has Won A World Architecture Festival Award

Here's Why Bb. Pilipinas Won't Be Crowning The Next Miss Universe Philippines