DID YOU KNOW? This Miss World PH Candidate's Jaw-Dropping National Costume Weighs Over 50 Kilos|Read more »
Culture | By Jhanine Caoile and Jam Nitura - May 20, 2021

The murder mystery behind this chaebol family will get you hooked! 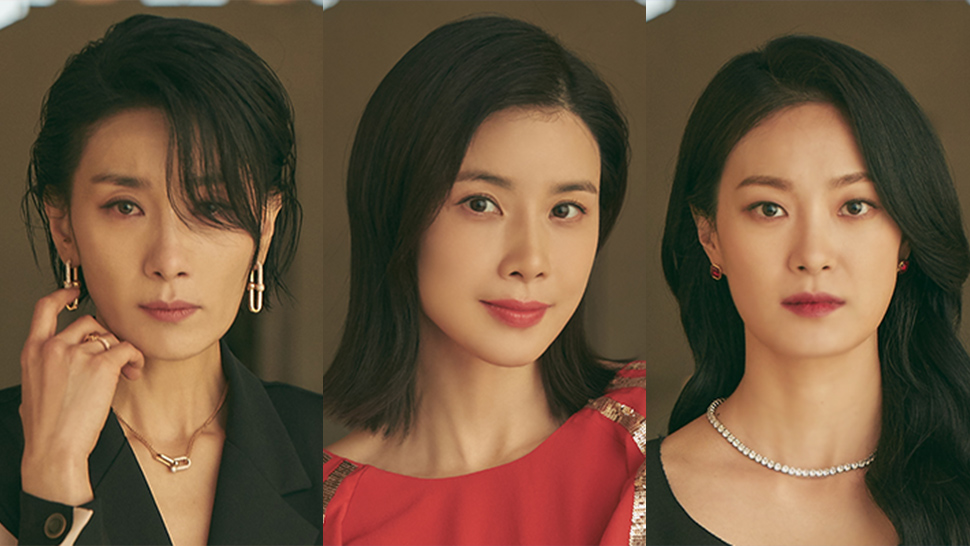 IMAGE Mine/Netflix
The murder mystery behind this chaebol family will get you hooked!
Shares
Share
Tweet
Comments

Guess what: There's a new mystery thriller on Netflix and, by the looks of it, we’re more than ready to get lost in yet another Korean drama. If you’re an avid fan of the Oscar-winning film Parasite, and hit K-drama series The Penthouse: War in Life, or Sky Castle, then Netflix’s Mine can definitely pass for your next guilty pleasure. With an ensemble cast top-billed by seasoned actresses Lee Bo Young and Kim Seo Hyung, it seems we’ve got ourselves yet another show to keep us up all night.

Mine revolves around two women who each married a son of the Hyowon Group, a multi-billion won company. Though rich and successful in their own rights, the pair, played by Bo Young and Seo Hyung, struggle to find their place in the money-crazed world of the family they married into. Life in their isolated estate only gets more complicated when a murder occurs within their ranks, and everyone is up in arms to keep their names clean.

Juicy, huh? If you’re curious to know more, here are five reasons why you should watch Netflix’s newest original K-drama Mine.

1. The characters' lifestyles will remind you of "Crazy Rich Asians."

If you’re a sucker for vicariously living through the lives of the obscenely rich on your TV, then you’ll definitely get a kick out of the characters in Mine and their ludicrously extravagant lifestyles. We’re talking about the kind of wealthy that will give Astrid Leong or Nick Young a run for their money, mind you. We mean, their family pet is a full grown peacock for crying out loud! Not to mention there’s no shortage of Hermes dinnerware flying across the rooms of their estate, considering they like to vent out their anger by casually breaking million won designer items. Absolutely no big deal.

2. It boasts of strong and fierce female characters.

While it’s true that the plot revolves around the private lives of the Hyowon Group’s members and their questionable familial ties, this K-drama also stands out for its compelling female representation on screen. Most importantly, the story puts a spotlight on its strong and ambitious women.

There’s former A-list actress Seo Hee-soo (Lee Bo Young) who gave up her career, education, and dreams for married life. Despite the people in her family constantly downgrading her achievements, she strives to maintain her confidence and sense of self. Thankfully, she has her sister-in-law, Jeong Seo-hyun (Kim Seo Hyung), on her side. As the daughter of a chaebol family herself, she exudes the kind of elegance, intelligence, and grace, anyone would dream of having.

However, what lies beyond their seemingly perfect lives is a murder mystery that is yet to unfold. Just as soon as newly hired private tutor Kang Ja-kyung (Ok Ja Yeon) and young maid Kim Yoo-yeon (Jung Yi Seo) enter the scene, Hee-soo and Seo-hyun’s lives quickly start to take sharp and unforeseen turns.

Amid the face of adversary, these women soon discover their own strengths as they eventually overcome society and their family's prejudices. Expect a lot of heavy drama, mystery, and thrilling scenes that will undoubtedly keep you on your toes every episode.

3. It’s got a cast of well-loved and seasoned stars.

Mine has a diverse and star-studded cast, so you’re sure to find familiar faces within SK’s entertainment industry on this show. Taking on the leading role is the stunning Lee Bo Young, a seasoned actress who has won multiple awards for her roles in I Can Hear Your Voice, My Daughter Seo Young, and Mother. Oh, and did we mention she recently made a cameo on Start-Up?

Watch her scene with Kim Seon Ho below!

On the other hand, her co-star Kim Seo Hyung is best known for her portrayal of Kim Joo-young, a well-known exclusive tutor to the elite, in the hit K-drama Sky Castle. FYI, much like Bo Young, she’s also a multi-award-winning talent who even earned a Best Actress nod at the 55th Baeksang Arts Awards for her performance in Sky Castle.

If you’re a faithful K-pop stan, then VIXX’s N is also a star to look out for, because he’ll be playing a supporting role in the series. This idol-turned-actor has previously appeared on other K-dramas such as Cheer Up!, Tunnel, and Familiar Wife.

4. It’s led by a director and a screenwriter of some of the most iconic K-dramas of the 2010s.

Helming this production is Lee Na Jeong, a proven talented director who’s also worked on several hit K-dramas such as Oh My Venus, Fight For My Way, and Love Alarm. Meanwhile, penning the script is star screenwriter Baek Mi Kyung, who is best known for the romantic-comedy Strong Woman Do Bong Soon, and the mystery thriller Women of Dignity.

5. You can still catch up with "Mine" on Netflix.

Don’t worry about getting spoiled online because Mine is currently ongoing and has only just started its run. The series first premiered on tvN last May 8, 2021, and will continue dropping new episodes every Saturday and Sunday until its finale on June 27, 2021. You can now stream it exclusively on Netflix.

This Pinay Makes The Most Calming And Relaxing Silent Vlogs