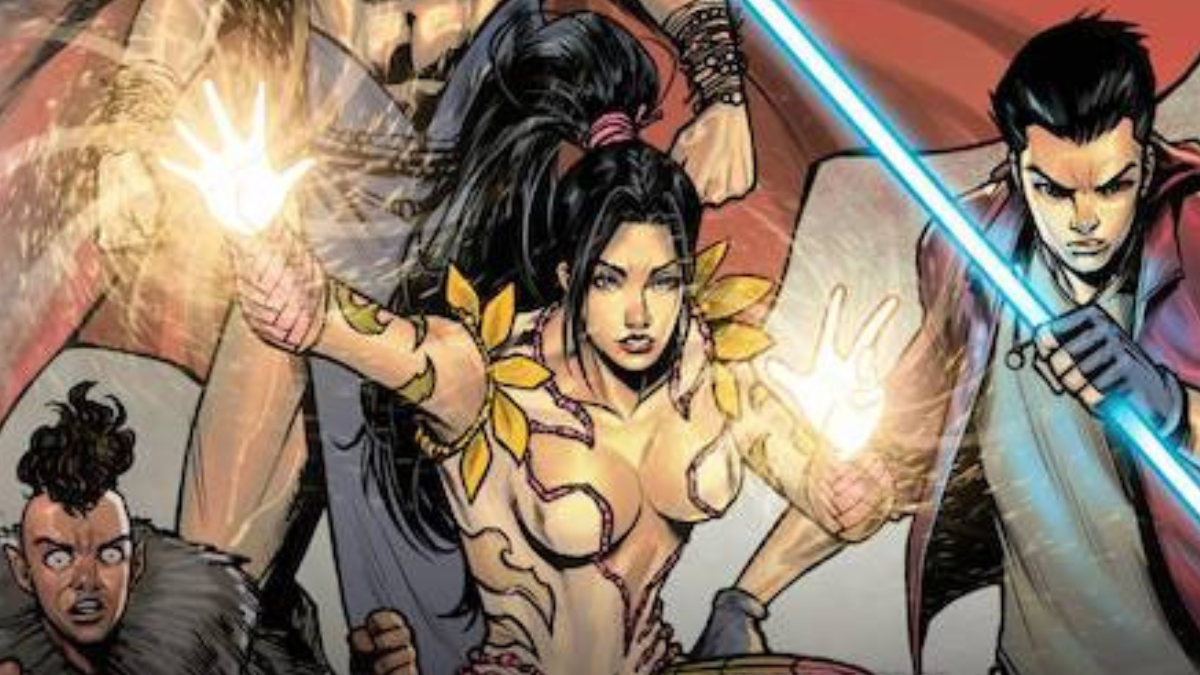 The advent of streaming services completely changed how the world watches movies and series. You don't have to wait a whole week to catch an episode of your favorite show or wait for your guilt-trip flick to come out in theaters. It also revolutionized how shows are received around the world, with Filipino titles easily streamed by viewers across the globe. This means a lot not only for our local entertainment industry, but also for our culture, especially when you have a show that's rooted in Philippine mythology.

Enter Mga Kwentong Epik: Maria Makiling, a six-episode television series that dropped on Netflix on September 16. It is based on Epik Studios' graphic novel of the same title, which was first released at the VIVA Books stall of the Manila International Book Fair in September 2019.

Mga Kwentong Epik: Maria Makiling follows the story of Ria, a young woman fascinated by the story of the goddess Maria Makiling. She goes on adventures in her hometown of San Pablo, Laguna, then later finds out that she's the goddess herself. Maria Makiling, one of the most widely known goddesses (or diwata) in Philippine mythology, is believed to be the guardian of Mount Makiling.The mountain even resembles the profile of a woman, said to be Maria Makiling herself.

The series weaves together pages from Epik Studios' graphic novel, voice acting by Ryza Cenon (as Maria Makiling), and narration by Bodjie Pascua. It also features other personalities and creatures from Philippine mythology, including the babaylan, nuno, aswang, and many more.

Mga Kwentong Epik: Maria Makiling has a total of six episodes with each ranging from 19 minutes to 25 minutes:

The Cast of Mga Kwentong Epik: Maria Makiling on Netflix

Luisito "Bodjie" Pascua is best known as Kuya Bodjie from the children's educational television program Batibot, which was popular in the '90s. He had his own segment called Mga Kwento ni Kuya Bodjie, where he would narrate a children's story in every episode.

Pascua is also well known in Philippine theater, having appeared in several plays and musicals including Zarzuela, Battalia Royale, Hamlet, and Noli Me Tangere.

In Mga Kwentong Epik: Maria Makiling, he plays the role of narrator clad in an intricately designed barong Tagalog. He tells the story of Maria Makiling from a book, which he picks up from the many tomes on a bookshelf behind him. Much like his character as an endearing older brother in Batibot, Pascua takes on the role of an engaging storyteller a la Lola Basyang in this Netflix show.

Ryza Cenon is behind the voice of Ria in Mga Kwentong Epik: Maria Makiling. Her acting career started in 2004 after she bagged the title of the Ultimate Female Survivor in the second season of GMA Network's reality talent search show StarStruck. She first played the role of Mae in Now and Forever (2005), then joined the cast of Darna (with Angel Locsin playing the lead role) in the same year. Some of her notable roles include Mia Valencia in I Heart You, Pare! (2011); Juliet in Legacy (2012), and Jewel in Ang Manananggal sa Unit 23B (2016), among others.

In 2017, she starred alongside JC Santos in Viva's Mr. and Mrs. Cruz. A year later, Cenon transferred to ABS-CBN, where she became part of FPJ's Ang Probinsyano and The General's Daughter.