SHOP: The Preview Beauty Bag Is Officially Here and It's the Ultimate Steal|Read more »
Culture | By Patricia Baes for Spot.ph - Sep 25, 2021 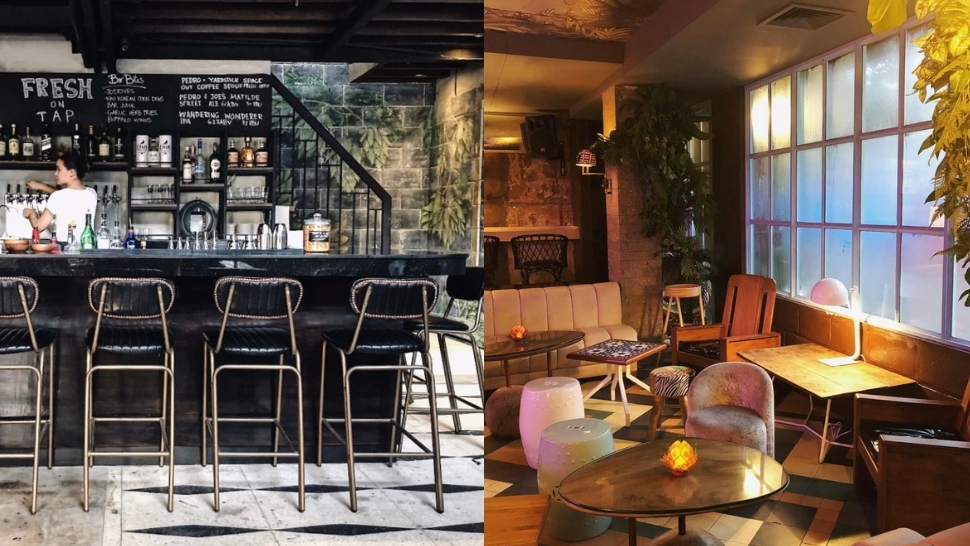 IMAGE INSTAGRAM/@pedrotaphouse & @polilya.mnl
Let this be a reminder to support those that remain open.
Shares
Share
Tweet
Comments

The pandemic spared almost no one as COVID-19 spread throughout the globe. The F&B world took a huge hit—and if there’s any sub-category that's gravely affected, it’s the nightlife scene. After all, much of their appeal lies not only in their food and drink, but for the environment, experience, and sense of community you get within their four physical walls. We bid farewell to a number of well-known bars in the Metro in 2020, and until now it’s an ongoing battle. In honor of their impact and legacy, we’ve rounded up these spots in this list; take it as a call to support the ones that remain open, while you can.

These are the bars in Metro Manila that have closed due to COVID-19:

An institution in Katipunan, Route 196 made their debut in 2007 as a venue where bands could perform and music lovers could unite. For 15 years, they were a go-to spot for students in the area—they were near Ateneo de Manila and the University of the Philippines after all—and they had a varied roster of musicians who played at their stage. They closed their doors in August 2020, with a special limited-edition Manila Takeout shirt that their fans could purchase.

This cult-favorite bar played host to all sorts of events—from musical performances and art exhibits to poetry readings. Known for their signature shiny disco ball and other artsy trinkets in the venue, Today x Future was originally located at Cubao Expo before moving to General Malvar Street in 2012. They were also a safe space for the LGBTQ+ community, always welcoming its members with open and endearing arms. They announced their closure in June 2020, acknowledging that they “don’t know what the future holds” but they would “hold on to all the unforgettable memories.”

Over in Poblacion was Polilya—a place where you could sip on craft beer from Engkanto Brewery and nosh on well-thought out eats that alone were worth the trip. They bid farewell in July 2020, sharing in a social media post that it was an “extremely hard and sad decision” for them to make. “What we’ve created over the past three years is a labor of love. Throughout this time you, our loyal customers, have become a part of the Polilya family.”

Formerly known as Boho Sarapsody Bistro, Catch272 was an LGBT-owned establishment that became a go-to for musical performances, open-mic sessions, Pride Month events, and even fundraising activities for workers on strike and those in need. Unfortunately, the shop next to them caught a fire in June 2020, and though nobody was hurt, their Kamuning space suffered damages as a result. While the bar remains closed, its owners have opened a small home-based shop that makes drool-worthy pizzas you can get delivered.

Pedro Tap House was a fast favorite both among craft-beer enthusiasts and with the general Poblacion night crowd. As you can fathom from the name, they served Pedro craft beer on tap, as well as cocktails you could sip on while nibbling on their modern takes on classic bar chow. They announced their closure in December 2020—though the Pedro beer brand itself remains available for orders through their Instagram page.

Moksha was a neighborhood gem in San Juan, describing themselves as a “home away from home” where they dished out alcoholic sips and heavyweight eats to their regulars. In July 2020, their managing partner Marc Soong shared the news of Moksha's closure via a Facebook post, where he admits it was “not feasible to keep the place open” in the midst of the pandemic. “Alas, all good things come to an end. The lights do have to go out at a certain point.... Moksha now fades out into the memories of all the people whose lives it touched. Moksha is the end of the death and rebirth. Moksha.”

Part-drinking spot but also part-resto in its own right, Nokal was hailed for their A+ burger game—their cheeseburgers were some of our absolute faves in the city, especially when paired with the Joe’s Brew craft beer they had on tap. They closed down in July 2020, thanking everyone who’s been “supporting our home.” "NoKal is what it is because of the people that come and support it,” they wrote in a Facebook post. “Our success as a business in this industry is tied directly with the community that was built by our home." They did mention looking for possible new venues to move to once they can operate as a bar again, though—our fingers are still crossed!

Comedy bars Klownz and Zirkoh were popular hangouts among Quezon-City dwellers looking to lighten up and laugh amid the dispiriting nature of city life. Owned by TV comedian Allan K, the bars showcased standup-comedy performances—including Boobay, who shared on GMA 7’s Eat Bulaga that his comedy career began at Klownz. Both bars closed down in June 2020—18 and 16 years since opening for Klownz and Zirkoh respectively—with Allan K filing for bankruptcy.

XX:XX was a hip bar frequented by the savvy Makati crowd, thanks in no small part to their stunning interiors, well-crafted libations, and creative bar chow. They featured live performances from international and local artists and pop-up exhibits, and even had a cinema that screened rare films. they said goodbye via a social-media post in September 2020, saying it had “been a great ride filled with lovely memories of the smiles and good times on the dance floor” with their regulars. "During these hard times for nightlife and culture, we hope that sooner rather than later things will return to normal, or perhaps even better. Goodbye for now." Their sister bar 20:20 is currently inactive on social media, and has not made any announcements as of writing.

With live performances of local musicians and drool-worthy grub (like their famous Bacon Liempo), Tomatokick was a popular hangout among college students in Quezon City. So it was heartbreaking, to say the least, as they closed permanently in May. They didn't leave without a bang—that is, by allowing dine-in orders for a limited time and with an online concert shortly before their last day—but they are nevertheless missed. Not all is lost: In June, a number of Tomato Kick (TK)'s former employees opened a new eatery dubbed Potato Kick in the Malingap area—and they’ve got a couple of TK’s signature eats on the menu.

This Minimalist Coffee Shop in Laguna Is Worth the Drive