Filipinos Are Searching for Mental Health Services During Pandemic, According to Study

Interest in mental health services during pandemic surges in PH and rest of Southeast Asia. 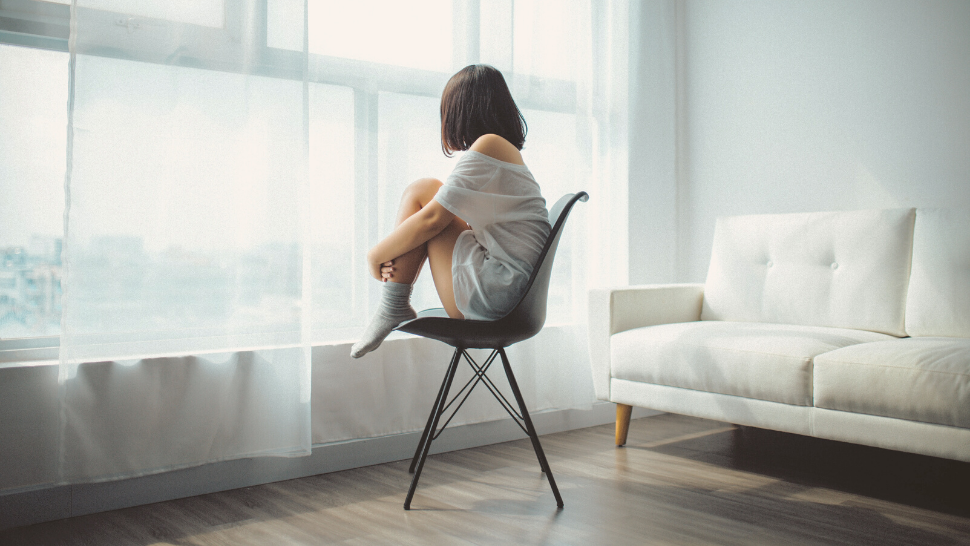 Apart from the physical effects of COVID-19, it’s no secret that the virus also has a profound toll on a person’s mental and emotional well-being. A study by the Kaiser Family Foundation (KFF) found about four in 10 adults in the U.S. have reported symptoms of anxiety or depressive disorder during the pandemic. The figure is up from about one in 10 adults from January to June in 2019.

Closer to home here in Southeast Asia, there has been an alarming increase in suicide cases in the year since the pandemic started. In Malaysia, for instance, police have recorded 468 instances of suicide during the first five months of 2021 alone compared to 631 for the whole of 2020 and 609 in 2019. Suicide rates in the Philippines have also increased by almost 26 percent.  In Thailand, 2,551 cases were reported during the first half of 2020, a 22 percent increase versus the same period in 2019. 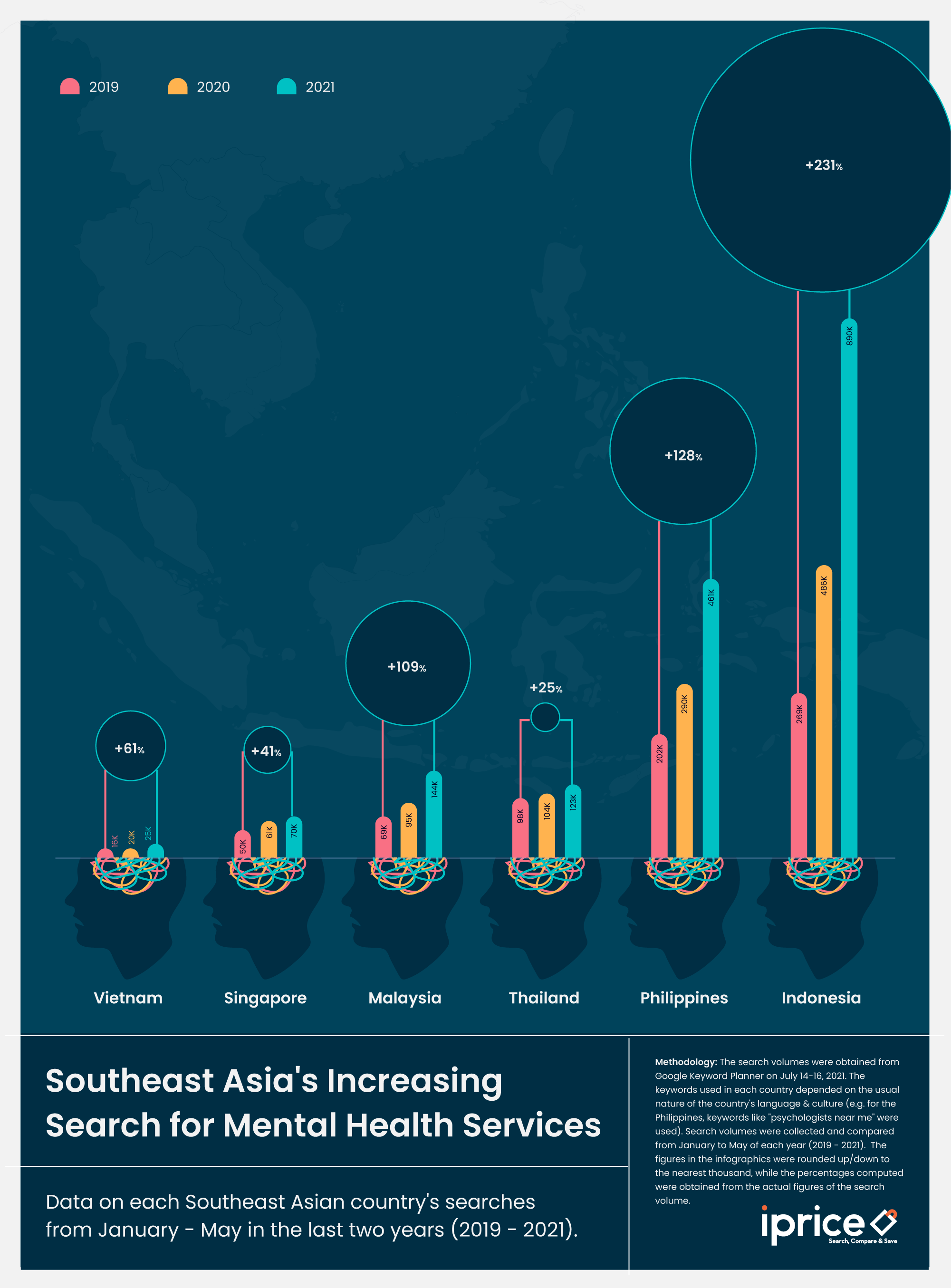 This alarming trend was the basis of a new study conducted by meta search platform iPrice to figure out just how much the pandemic has affected the mental health of people living in the region based on their internet searches for mental health services and products. iPrice looked at keyword searches on Google Keyword Planner for six countries: Indonesia, Malaysia, Philippines, Singapore, Thailand, and Vietnam. The keywords depended on the usual nature of the country’s culture and language. In the Philippines, for example, the study parsed keywords like “psychologists near me.”

Based on these metrics, iPrice found that Indonesia’s searches for mental health services surged 231 percent in the first five months of 2021 compared to the same period in 2019, making it the highest among the six countries polled in the region. The Philippines is second, recording an increase of 231 percent, and Malaysia is third with a 109 percent increase during the study period.

Additionally, Indonesia and the Philippines also had the highest increase in the first year of the pandemic (80 percent and 44 percent, respectively) and only continued to grow further as the coronavirus continued to spread.

Thailand, Singapore, and Vietnam may have recorded the lowest increase in mental health-related searches, but based on the study, all three countries still experienced a notable surge of 25 percent, 41 percent and 61 percent, respectively.

According to iPrice, this could be a cause for concern as the low search volume for mental health services could be an indication that Thai people aren’t seeking treatment as much as they should, especially considering that they have the highest suicide rates in the region.

“The figure confirms that there is still a stigma against mental health among the Thai people,” the study said. “It’s vital (and will be even more so in the future) for governments to give attention to the demands for mental healthcare.”

The second part of the study dealt with methods that people in the region used to cope with mental healthcare, especially since professional help is not exactly cheap. iPrice also tracked searches for products popularly known to reduce stress and anxiety, as well as apps that promote and aid mental healthcare.

In the Philippines, searches for scented candles increased by a whopping 348 percent in the first five months of 2020 compared with the same period in 2019. Trendy items also experienced surges, like weighted blankets (273 percent), essential oils (155 percent), and therapy lamps (139 percent). 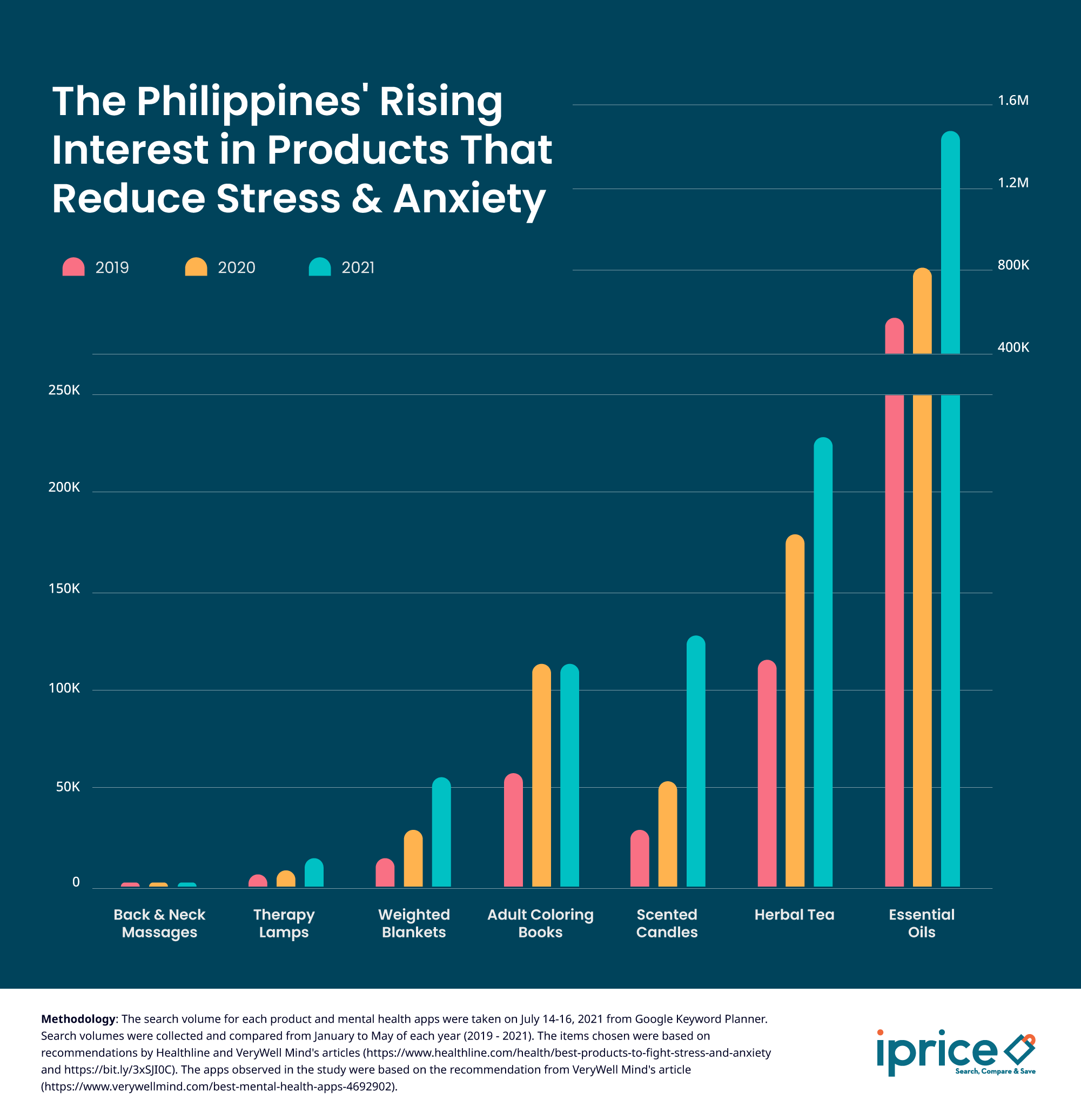 Overall, searches for all the aforementioned mental health-related items in the Philippines increased by 151 percent.

Meanwhile, iPrice also logged the increase in interest for mental health apps in the region in 2021 based on a list by Verywell Mind. The Philippines saw a 174 percent increase in searches for these apps, with meditation app Headspace garnering the most interest. Talkspace, on the other hand, experienced the highest increase 192 percent in searches compared to other apps.

Similarly, Malaysia and Singapore’s searches for these apps experienced an increase of 108 percent and 106 percent respectively. According to the total searches, Headspace and Talkspace were also the most popular apps in both countries.

If you're struggling with mental health issues, you can get in touch with MindNation, which offers teletherapy and free 24/7 Chat with an expert via Facebook.

The 10 Most Iconic Filipinas In International Pageants