She is, after all, a league of her own. 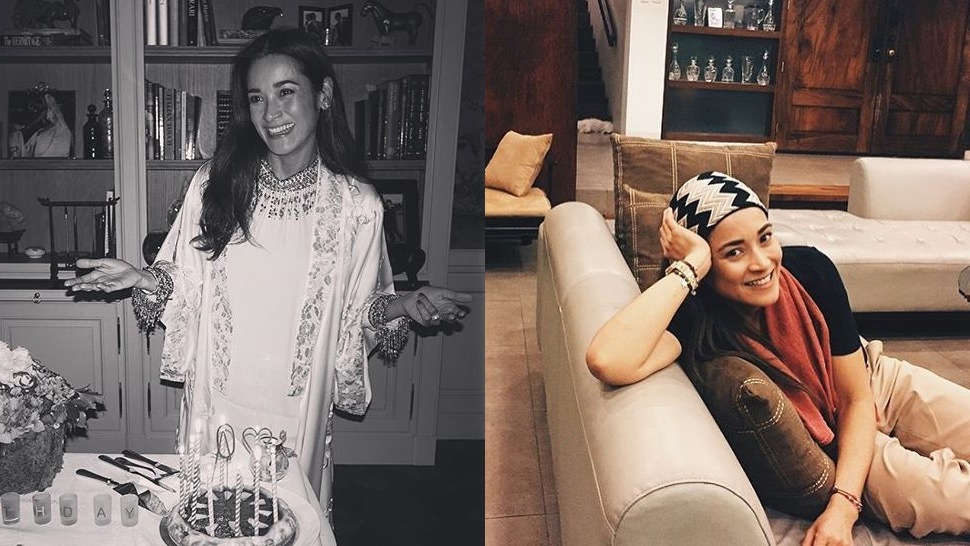 The stakes are high when you are the daughter of a fashion icon and the sister of a pop-culture phenomenon; even higher when both the old and new guards of Philippine fashion regard you as muse and every glossy in town hails you as an It girl and your mother’s style heir apparent.

Such is the case with Mai Mai Cojuangco, daughter of Harper’s Bazaar 100 Most Beautiful Women in the World lister, politician and philanthropist Tingting and sister of actress and athlete Mikee.

It was the late ‘90s and while Mikee was creating mass-market magic, the younger Cojuangco was creating ripples in Manila’s style scene for her global fashion sense and classic beauty. No less than Inno Sotto, arguably the last of Pinoy fashion’s old guard, and young Rhett Eala, then already a commercial hit with his sheer ponchos—a trend that wouldn’t die for another decade (as pictured in Preview’s September 2001 cover)—kept her in their stable of muses. 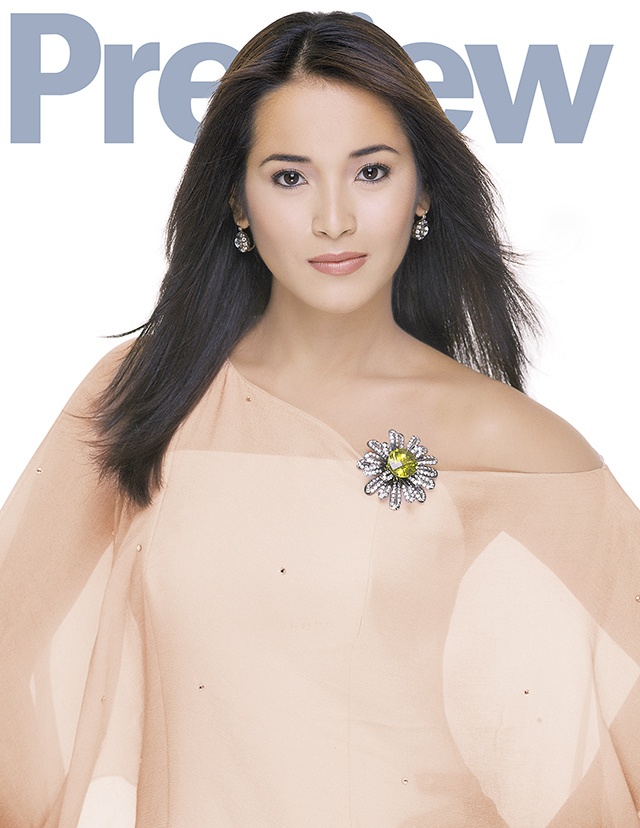 You could say that Mai Mai Cojuangco is a pre-OOTD, prehashtag Preview girl—one that personified the magazine at the time of dial-up. The magazine’s first 10 years abound with her covers and features until her media mileage thinned out in exchange for a quiet life in Italy as a designer and mother. Her digital footprint is scarce, and save for her Esquire Philippines cover from 2014, her stint as startup entrepreneur and app developer, and the launch of her eponymous handbag label Demetria (from her given name Margarita Demetria and the names of her grandmother and daughter) in April, an entire generation of fashion fans and style setters has yet to know more about her personal style and sartorial wisdom.

“Time has certainly shifted [the way I dress], with styles changing and evolving, like myself,” Mai Mai reflects today. “I think I was just as experimental then as I am now,” referring to her mix-and-match arsenal of elegant black dresses with denim jackets, chiffon dresses with laced boots, and hats and berets that still make sense today. She also used to color her hair so often just to play around. Mai Mai would like to describe her personal style as “sloppy, elegant chic,” with polished separates worn with what her dad and sisters call “bruha, bun hair,” or conversely, neat hair with elegant yet carefree separates. Translated to today’s terms, Mai Mai’s play of contrasts translates to “woke up like this”—only a hundred times better. She adds, “In many ways I’ve stayed the same, only that now I dress more like myself, for myself, and even more confidently in my style compared to before. I’m sharper at it, for sure.”

Hers is a style all her own, and not a mere continuation of her chic mother’s, no matter how the press wanted her to be Tingting Jr. at the turn of the millennium. “I tell my mom that no one wears tulle like she does, and if I try wearing her clothes, I’ll look like a ballerina’s nightmare! It does take a lot of confidence to just have and follow your own style, though. But in my case, a huge part of how I dress is being comfortable, and if I’m not, I just look really awkward.”

Don’t dismiss her as just an It girl, too, even if she clearly rates well on a few critical factors on the proverbial It girl checklist: beauty, lineage and high-society recall, among others. “I like saying that ‘It girldom’ is simply winning the genetic lottery. There’s no real value to it, except that it is flattering up to a certain point,” she confesses. “I’d much rather be called the same way as the people I admire—a successful entrepreneur, leader, philanthropist, musician—simply because ‘It girl’ is pure flattery, cute and fun... but that’s it. It would be a mistake and totally unhealthy to give too much weight to that.”

This Designer Was the Certified Favorite of Old Manila's It Girls

LOTD: How to Wear Suits According to It Girls

LOTD: How to Dress for the Holidays Like Your Favorite It Girl

Did You Know That Ellen Adarna Lives In A 1930s Apartment In Manila?