You don't have to be a fan of the fantasy genre to love it. 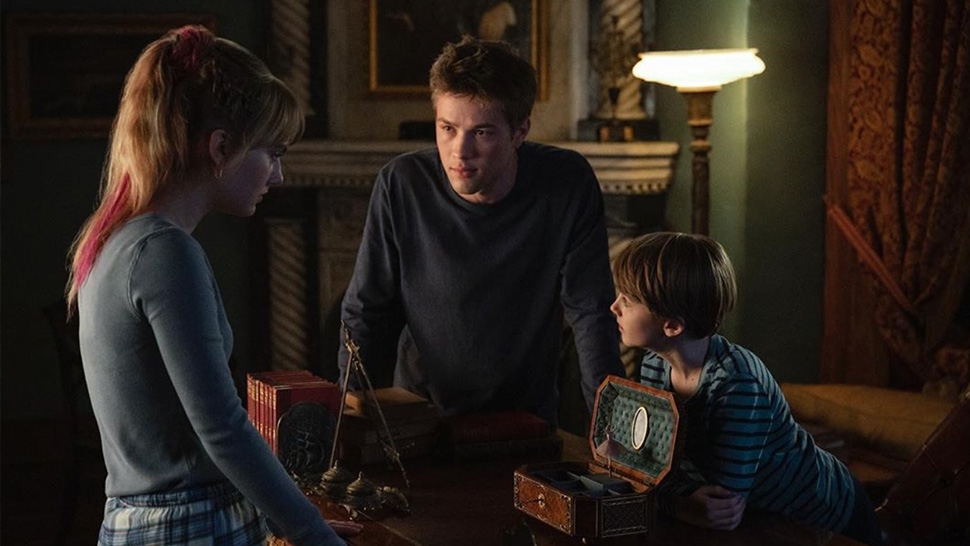 IMAGE NETFLIX
You don't have to be a fan of the fantasy genre to love it.
Shares
Share
Tweet
Comments

Netflix's latest fantasy series, Locke and Key, follows the story of the Locke family, who moves into their ancestral home after their father tragically dies. They soon discover that this strange new home is filled with magical keys that unlock various powers—powers that evil forces are after.

Even though the show's trailer was definitely more creepy than fantasy, as a die-hard horror fan, I still had my reservations about the show—I'm just not into anything magic-related. However, after conceding and hitting the play button, I found myself more hooked than ever, and it has to do with the show's good mix of the spooks, cool magic, and teenage troubles. In other words, whatever your preferred genre is, there's something to love about the series, so please give it a chance. Read on for a spoiler-free account of all the reasons why Locke and Key is totally binge-worthy.

It's a good balance of horror, mystery, and fantasy.

If you were expecting something really scary, you can breathe a little easier—Locke and Key isn't a full-on horror series. It's more thriller than horror, what with the suspense scenes and the violence that the evil forces resort to just to get the keys. Actually, the show's most predominant aspect is mystery instead of fantasy, because it's not just about discovering (and protecting) the keys' power but finding the truth about their father's death. That said, if you're a fan of the fantasy genre, know that this show isn't entirely whimsical (it can get really twisted), but you'll marvel at the cool powers that the keys unlock. Even though I'm not a huge fan of fantasy, I still appreciated the magical aspect because it was well weaved into the dark, mystery narrative.

The character development was well played out.

Given the father's tragic death, the Locke children (Tyler, Kinsey, and Bode) naturally found ways to cope with it. I liked how the show did not disregard this. To give a quick sketch, Tyler the eldest child, is a sports-loving, charming teenager who struggles to be the man of the house now that their father's gone. Kinsey, the middle child, is the shy artist of the three who often becomes socially anxious. Bode, the youngest and obviously most naive, is faced with the simple challenge of protecting his family against the evil forces (he was the first one to discover the keys).

The children not only deal with their father's death but with adjusting to a new environment as well, and the viewer gets to see how they change as individuals. This was well played out in the show, as there were many scenes that highlighted Tyler and Kinsey's decaying relationship as brother and sister, as well as their collective coldness towards their mother. In fact, their coping mechanism even reflected in the ways they used the keys' magical powers. You'll love (or hate) the Locke children for their complexities—especially Kinsey and her struggle with fear.

The plot had the perfect pace.

Unlike other shows that reveal the big question marks at the tail-end of the episode, Locke and Key intersperses these little mysteries, leaving the viewer hooked and never bored. It was also good that the show did not rush the horror or fantasy parts, and in fact, even takes you by surprise. The show took time in the beginning to set up the context of the Locke family to get the viewers invested in the characters and their nuanced personalities. Lastly, the big shockers in each episode weren't contrived, and actually felt warranted whenever they were revealed.

What I Didn't Liked About It

Locke and Key's addictiveness doesn't just lie in the cool magic and shocking revelations about their father along the way (you better be prepared). It's in the Locke children's personal stories as individuals, and most especially, the things they would go through to protect each other. The show is ultimately about the bonds of family, and that's what makes it one to watch.

A word of caution, though: Since the show can get pretty violent, it isn't very family-friendly. With an 18+ rating, make sure that children are guided accordingly if you plan to watch it with younger kids.

Where To Buy Unique Flower Bouquets Your Valentine Will Swoon Over