These out-of-the-box Filipino films will give you nightmares. 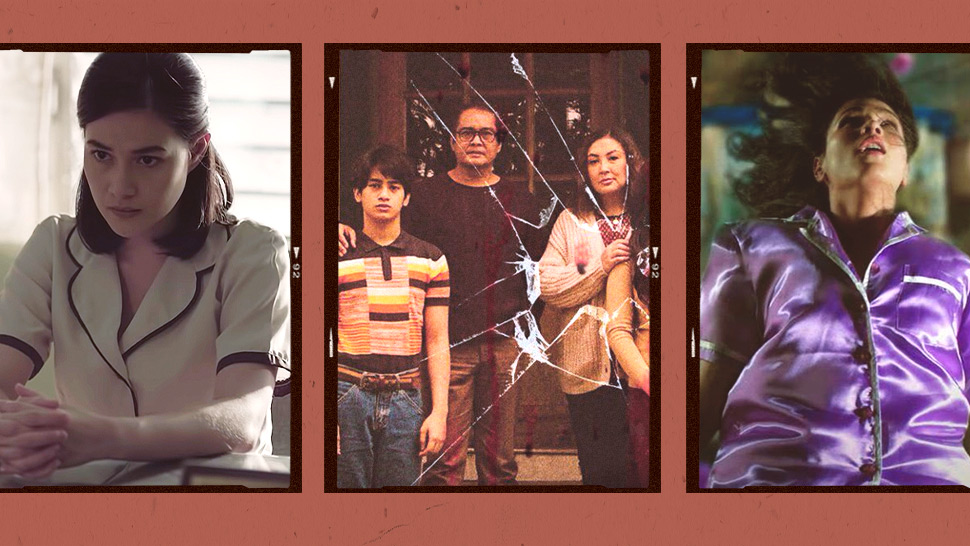 We’re already in the last week of October, which means it's spooky season all over again! What more can we do to celebrate Halloween than by watching horror films in the comfort of our own homes. However, choosing the perfect set of movies for your Halloween Marathon can be quite challenging, especially if we want a thrilling experience and a stellar storyline, which are both prerequisites for a perfect spooky watch. No need to worry, though, because we’ve got you covered.

Below are 6 spine-chilling Filipino films that will surely give you the creeps this Halloween:

Based on a novel of the same name, this mystery-drama follows Jesuit priests Gus Saenz and Jerome Lucero as they attempt to find a murderer targeting young boys in the city. Along with its tense atmosphere, the film features a lot of investigation scenes and a number of conversational pieces that will have you positively immersed in the narrative. You’ll certainly feel like a detective with this one.

Still mourning the sudden death of his twin sister, Luis goes back to their family home in Baguio, where his parents and twin sister live, to seek the truth behind her death. However, complications arise when their family's horrifying secrets start to come to light.

Bliss revolves around Jane Ciego, an actress who had an accident while shooting her latest film. She’s secluded in the confines of her own home under the care of Lilibeth, her nurse, and her husband, Carlo. However, things get messy when she encounters the horrors of isolation.Though it displays a glossy cinematography in most scenes, the film is still able to convey its chilling and unusual storyline that will keep you at the edge of your seats. Plus, you’ll also get to enjoy Iza Calzado’s phenomenal acting chops!

As the bills for her daughter’s medication continue to increase, Olivia, a caring mother, decides to go job hunting. She then lands a spot in a call center company. However, unbeknown to her, the building is haunted by its dark and ominous past. The film premiered at the 45th Metro Manila Film Festival, and its director, Carlo Ledesma, stated that he wanted the film to feel unsettling and not heavily rely on jump scares. If you love skin-crawling movies, then it’s about time to add this one to your Halloween watch list.

Two strangers meet abroad and unexpectedly develop a romantic relationship. Through the course of time, they discover that, aside from the challenges of commitment, they also have to face the truth behind each other’s dark past. The film offers an interesting concept as it gives the viewers a chance to see the perspective of both characters, together with their hidden, potentially ominous desires.

After their schoolmate commits suicide, students from an all-girls school start experiencing traumatizing apparitions around campus. Concerned for her pupils, Pat, the school’s guidance counselor, communicates with a spirit to uncover the mystery behind the haunting incidents.