Local Celebs and Their Presidential Bets for Election 2016

These stars have already made up their minds. 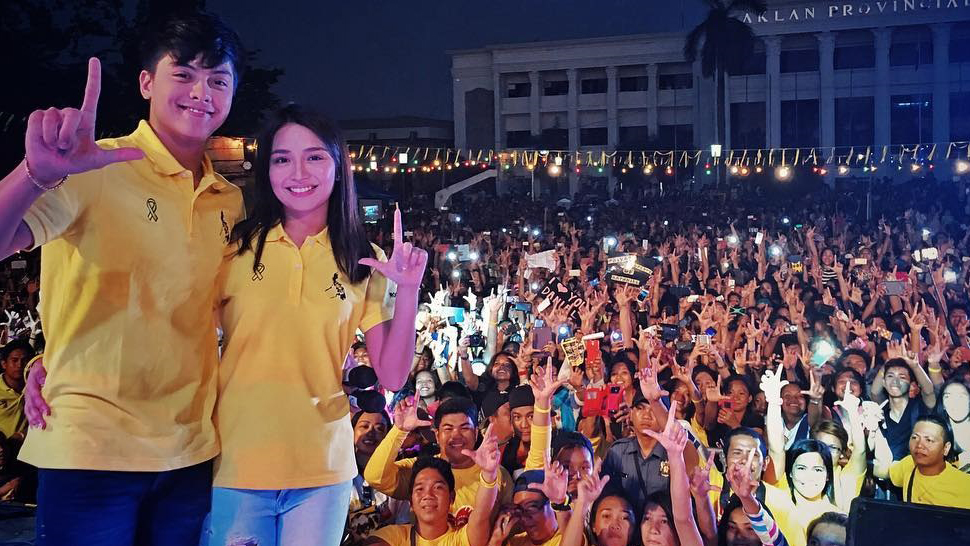 This year’s election has been one of the most controversial in the history of Philippine politics, but for what it’s worth, the outcome of it will be the deciding factor of the country’s welfare for the next six years. May 9 is drawing near, and with it, a very important question: Who’s your President?

The good news is that you still have a few more days to decide and carefully study the pros and cons of each candidate and what they can offer. But if it helps in any way, below are some of the local celebrities who’ve already made up their minds.

Being the half-sister of presidential candidate Grace Poe, it comes as no surprise that Lovi Poe would pledge her loyalty to her party.

Meanwhile, the Teen King and Queen, Daniel Padilla and Kathryn Bernardo, have given their all-out support for Mar Roxas, the Liberal Party’s standard bearer in the 2016 presidential elections.

Also on the yellow team is GMA star Carla Abellana who also encouraged her followers to study the candidates’ different platforms and what each of them has already accomplished for the society.

Also actively campaigning for the administration’s presidential bet, Billy Crawford voiced out his support for Mar’s advocacy for “clean governance.”

Ellen Adarna has been vocal on social media about her choice for presidency since day one, and it’s no other than Davao City Mayor Rodrigo Duterte.

In a separate blog entry, celebrity couple Maricar and Richard Poon have also listed down all the reasons why they strongly support Duterte’s candidacy.

Another pro-Duterte celebrity we spotted is Angelica Panganiban who, via an IG post, expressed her support in hopes of a crime-free, corruption-free Philippines.

After the most recent presidential debate, supermodel Marina Benipayo took to Instagram her utmost admiration for  Sen. Miriam Defensor Santiago.

Just a gentle reminder, though! The name you write on that ballot should not entirely be decided based on who your favorite celebs are endorsing. At the end of the day, it should be based on who you believe could really make a difference in this country. Needless to say, vote wisely!