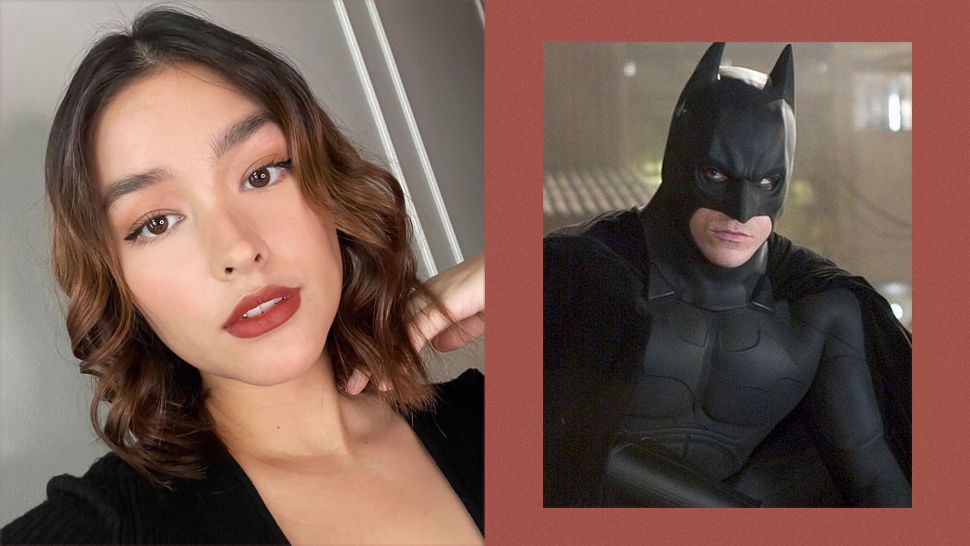 Filipinos all over the world are anticipating the drop of Netflix’s newest anime series, Trese. It’s based on an Award-winning Filipino comic that depicts a make-believe Philippines where humans and enkantos (supernatural beings based from local folklore) co-inhabit, and the Lakan named Alexandra Trese is in-charge of keeping the peace between the two races.

Since it’s the first Netflix original Filipino animated series, they pulled out all the stops and even posted promo billboards and wall art seemingly vandalized by creatures of the dark.

While we can’t wait to be drawn into this new dark world, Liza Soberano was also plunged into a new environment, too. Voicing an animated character for the first time for a totally different genre that she is used to.

So how did she pull it off? Well, with the help of Batman, of course!

With Trese being a fantasy crime and horror series full of gore and darkness, Liza had to measure up to the elaborate storytelling. Director and executive producer Jay Oliva gave character pegs for her to bounce off from, one of which was Batman! Yup, the raspy alto voice of one of the world’s most popular superheroes became Liza’s inspiration for her portrayal of the young and feisty detective.

Understandably so as both characters work in the shadows to bring justice in the midst of some epic crime fighting action! To start incorporating the dark and brooding superhero, Liza was asked to binge-watch Batman and Justice League films. Then she studied and researched on lowering her voice register for a more “authoritative feel.”

Just like Batman, she needed to grasp the badass persona of Alexandra. Initially, she thought that she needed to copy her American counterpart, Shay Mitchell. Liza shared, “I wanted to get an idea of how [Shay] sounds like, because I knew that she would be doing the American version and in the back of my head, [I thought] maybe they want me to sound like her. But when I had that meeting with the producers and the director, they said ‘No we don’t want you to sound like her. We want you to have your own take on it and we want you to create your own identity for the Filipino adaptation.’”

It was important for Liza to go out of her comfort zone, and differentiate herself from her character. She did not want viewers to imagine her while watching the show. “I don’t think I would sound as authoritative and I don't think I’d be as convincing if I just use my natural speaking voice so I definitely had to change it and make my voice sound a little bit more serious, a little bit more mature, and, I don't know, just kind of make it seamless with the overlying theme of the show,” she shares.

After her once in a lifetime opportunity to work in Trese, Liza definitely developed a greater appreciation for dubbing because of its challenges in conveying a character’s emotion with just the voice.

Trese premieres on Netflix on June 11.

Fyi, Yakult-flavored Doughnuts Actually Exist And Here's Where To Buy Them

Look: The First Batch Of Ikea Products Finally Arrived In The Philippines