JUST IN: Jinkee Pacquiao Is One Glamorous Ninang at a Wedding Wearing Accessories Worth at Least P10 Million|Read more »
Culture | By Jam Nitura - Oct 23, 2020 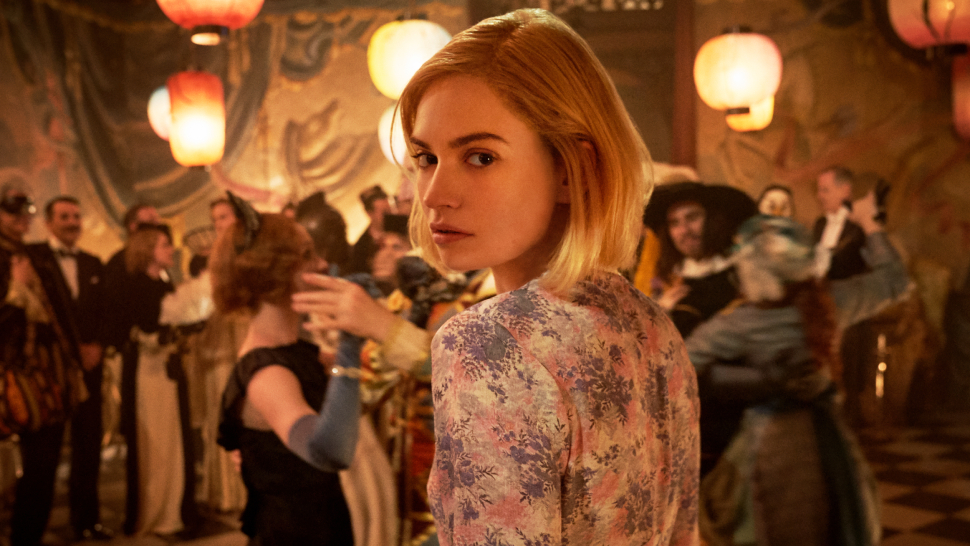 IMAGE Netflix
Here's why the actress was initially apprehensive to take on the 1930s gothic classic.

Daphne du Maurier’s gothic novel Rebecca has seen countless adaptations ever since its inception way back in 1938. This includes several stage plays, TV series, and at least five films, arguably the most famous of which is Alfred Hitchcock’s 1940 version starring Joan Fontaine and Laurence Olivier. Eighty years later, Lily James, Armie Hammer, and Kristin Scott Thomas have taken on the challenge to once again revive this timeless classic for the modern age.

ICYDK, Rebecca is a psychological thriller that starts with a whirlwind romance between a young woman and a handsome widower named Maxim de Winter. Swept up in their passion, the pair hastily decides to get married as the new unnamed Mrs. de Winter moves into her husband’s imposing family estate. Unaware of the mansion's mysterious workings, she finds herself battling the shadow of Maxim's deceased wife Rebecca, whose legacy is kept alive by the estate's divisive housekeeper Mrs. Danvers.

That said, how exactly does one feel about following up an Oscar-winning Hitchcock film? For Lily, who plays the naive and insecure Mrs. de Winter, there’s only one word to fit the bill: ‘trepidation.’ “That's exactly the right word,” the actress says during a round-table interview with Philippines press. “You're apprehensive to take something on that great actors before you have, and that have been huge successes, and that are beloved by the audience, too. But on the other hand, the reason that they're being retold is because they're great stories or great characters. So it's a sort of double edged sword.”

Despite her misgivings, Lily takes an admirable swing at creating a believable transformative arc for Mrs. De Winter, from a blissfully wide-eyed and love-struck broad at the start of the film, to a haunted woman on a mission—albeit with suspect methods—to take back her husband and her agency. “My challenge was to really mark the journey that she goes on because it's so huge,” Lily tells Preview. “I just wanted to stay faithful to the book, and also bring it alive for an audience so that now they relate to her and want to watch them and want to root for her. And so that was the balance I was trying to strike.”

Though a period piece set decades ago, the cast of Rebecca argues that Du Maurier’s skin-crawling novel is still perfectly relevant to today’s time. Armie Hammer, who portrays the gallant yet enigmatic Maxim de Winter, even presents the film as a mirror to social media’s performative culture, and the lack of communication actually had through these digital platforms.

“What we’re dealing with right now is people creating a false reality… In social media, everyone's life looks perfect…everything looks beautiful, everything smells like roses,” Armie explains. “This is what Lily’s character has done to Rebecca. She’s created this false reality in her head where she and Maxim were so in love and happy together, that everything was perfect. When the reality is pretty much the opposite of that. If these people knew how to communicate well with each other, this movie would be much shorter, and they would be able to figure out a lot of their problems.”

Rebecca is now available to stream exclusively on Netflix.