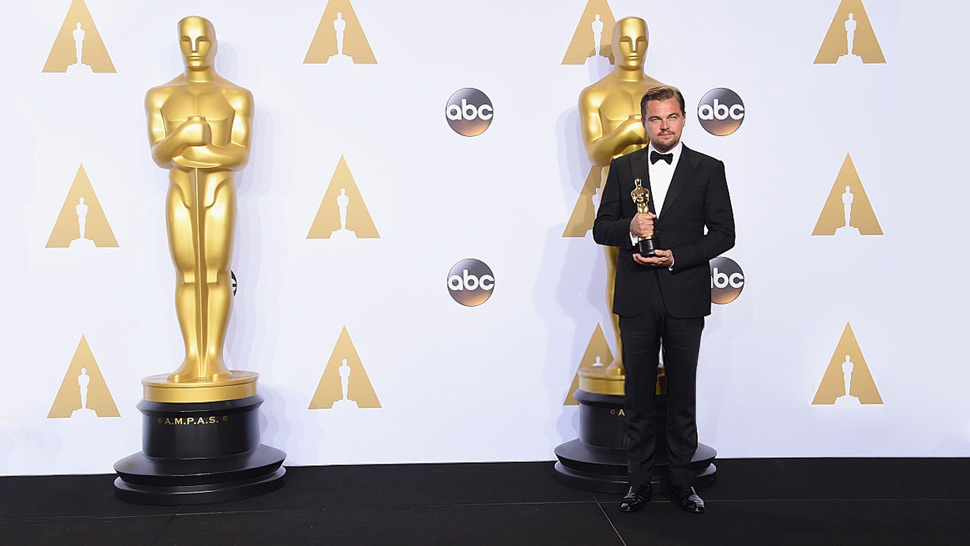 Leonardo DiCaprio finally struck gold at the 2016 Oscars as he was named Best Actor for The Revenant.

The 41-year-old, who has been nominated for six acting Oscars to date, earned his first Academy Award for his role as real-life fur trapper Hugh Glass in Alejandro Gonzalez Inarritu's survival thriller. He paid a warm tribute to his film collaborators as he stepped up onstage. 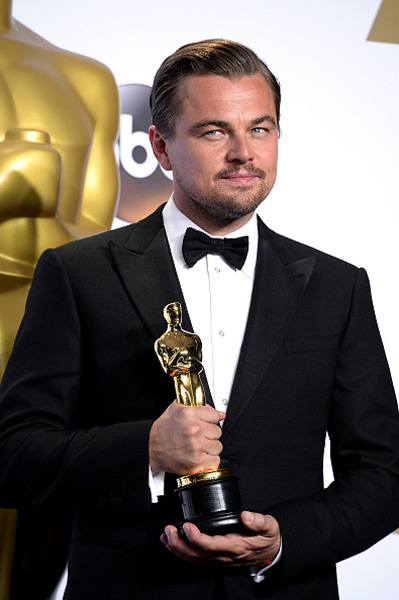 "Thank you all so very much," Leonardo said. "To my brother in this endeavour, (co-star) Tom Hardy. Tom, your fierce talent onscreen can only be surpassed by your friendship offscreen. To Mr. Alejandro Inarritu, as the history of cinema unfolds, you have forged your way into history in these past two years; what an unbelievable talent you are." 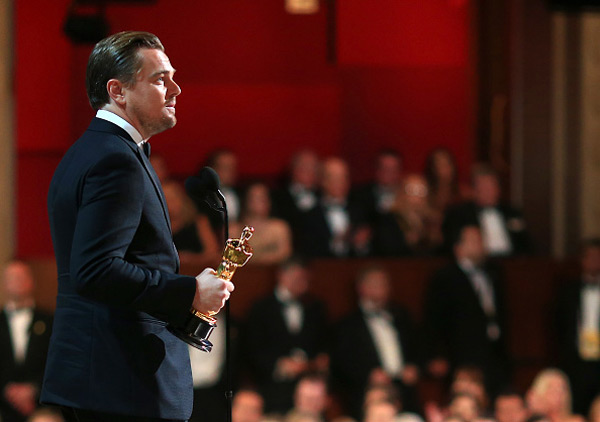 He continued with a note on the environment, "Making ‘The Revenant’ was about man's relationship to the natural world. A world that we collectively felt in 2015 as the hottest year in recorded history. Our production needed to move to the southern tip of this planet just to be able to find snow. Climate change is real, it is happening right now."

And ended by saying: 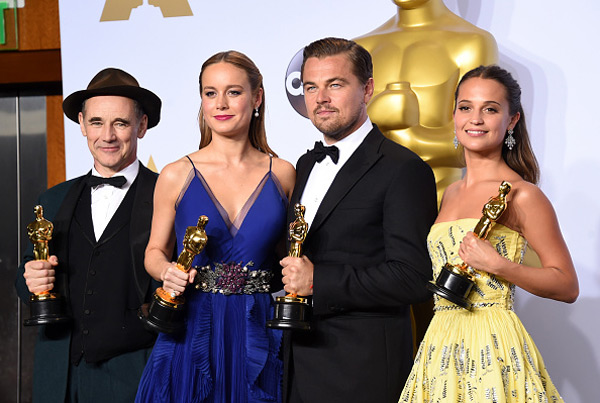 It was also a big night for George Miller's Mad Max: Fury Road, which emerged a six-time winner, virtually cleaning up in the technical categories, including Best Film Editing and Best Production Design.

Musical performances came from rocker Dave Grohl, who sang an acoustic cover of Paul McCartney's Blackbird during the annual In Memoriam segment, and Best Song nominees The Weeknd, Lady Gaga, and eventual winner Sam Smith, who was praised for Writing's on the Wall from James Bond movie Spectre.

See the full list of winners at the 88th Academy Awards below:

Best Documentary Short: A Girl in the River: The Price of Forgiveness

Best Animated Film: Inside Out

The Best Dressed Stars at the 2016 Oscars Red Carpet

The Worst Dressed Stars at the 2016 Oscars Red Carpet

Jennifer Lawrence Brings Back the Lob

14 Things You Missed Out On At The Madonna Concert