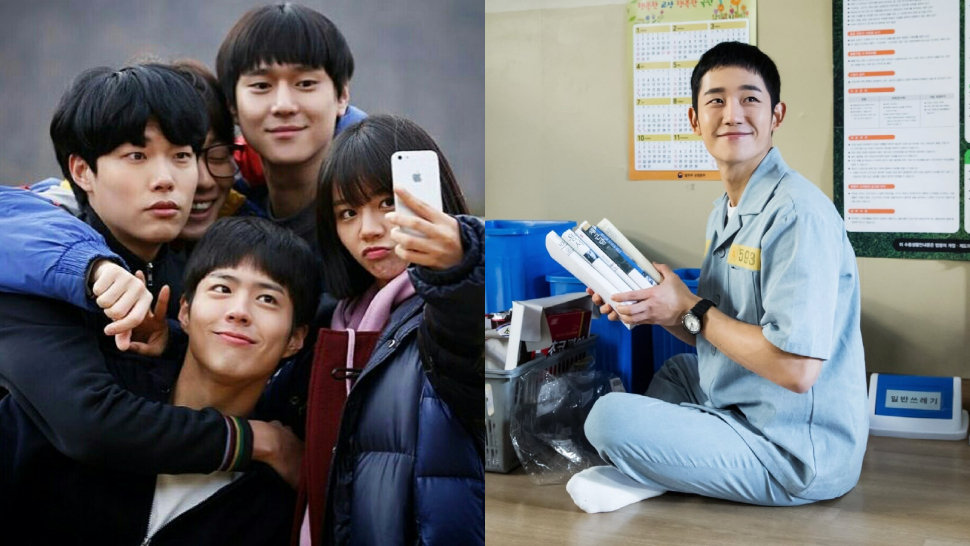 It's finally the month of June and you know what that means—Hospital Playlist Season 2 is coming! After more than a year, our favorite group of doctors is back and we can't wait to see what they're up to now and how chaotic their friendship will be! And of course, we're also excited to get an update on the romantic relationships here.

If you love Hospital Playlist for its compelling and touching storyline just like us, we have to thank screenwriter Lee Woo Jung. She's best known for stitching empathy to her dramas and giving it plenty of heart, and this is the reason why every episode of Hospital Playlist just hits close to home. IDK about you but it always feels like I'm listening to old songs on the radio on a Sunday whenever I watch it. In short, it gives that warm, fuzzy feeling that no other medical drama can top.

Aside from the emotional appeal, K-dramas by Woo Jung will take you on a trip down memory lane. She injects nostalgia into her works and it can be as simple as reliving your childhood spent with your neighbors, like in Reply 1988. Before you know it, you're already sobbing in a corner. Most of the time, you'll find yourself in one of the characters, resonate with a certain scene, or be in a trance—and this is what you call the Woo Jung magic.

The screenwriter often collaborates with director Shin Won Ho (and their series were all broadcasted on tvN!) and if you'll notice, some actors would appear in her K-dramas many times. This includes Jung Kyung Ho, Yoo Yeon Seok, and our fave appa, Sung Dong Il, to name a few. So for the second installment of Hospital Playlist, we're extra excited to know what the special cameos will be!

Did you know that Woo Jung is also the mastermind behind some variety-reality shows? Her portfolio is really diverse! Some of the TV programs that she penned are 2 Days & 1 Night, Three Meals A Day, Youn's Kitchen, and Youth Over Flowers.

Ready to binge-watch her works? Here are all the K-dramas by Lee Woo Jung that you can watch on Netflix and Viu:

Who's in it: Apink's Eunji, Seo In Guk, Infinite's Hoya, Shin So Yul, and Eun Jiwon

The short plot, according to Netflix: "As a teen, Shi Won was obsessed with a boy band. Now 33 years old, Shi Won and her friends are reviving their memories as their school reunion nears."

Fun fact:  Aside from its fangirl concept, Reply 1997 also tells the story and struggles of screenwriters, which Woo Jung might have experienced in real life.

The short plot, according to Netflix: "All hailing from various parts of Korea, a group of college students goes from complete strangers to a big happy family at a Seoul boarding house."

Fun fact: A novel was actually published based on this series!

The short plot, according to Viu: "We are back to the 80s in this season, to Ssangmundong, Dobong District, Northern Seoul. Let's get ready to go back in time for another nostalgia-filled celebration of love, family, and friendship."

Fun fact: Park Bo Gum's character in Reply 1988 is inspired by the real-life Baduk player, Lee Chang Ho! This explains his calm and collected style in playing the sport.

The short plot, according to Viu: "Superstar baseball pitcher Kim Jae Hyuk finally gets a chance to play in the Major Leagues. However, with only a few days before his departure, a struggle with a man who tried to sexually assault his sister gets him a one-year prison sentence. "

Fun fact:  Lee Woo Jung is credited as the creator of Prison Playbook and writer Jung Bo Hoon penned the script. Also, the jail cells in this drama are real and the production team each has a card that allows them to open the doors!

The short plot, according to Netflix: "Five friends whose friendships goes back to their days in med school are brought back together when a phone call interrupts each of their busy lives."

Fun fact: The script for Hospital Playlist took four years to finish as the team had to consult different advisers from hospital departments! It was planned at the same time as Prison Playbook.