SHOP: The Preview Beauty Bag Is Officially Here and It's the Ultimate Steal|Read more »
Culture | By Cath Madrid - Apr 8, 2022

He walked the runway of a Balenciaga show once! 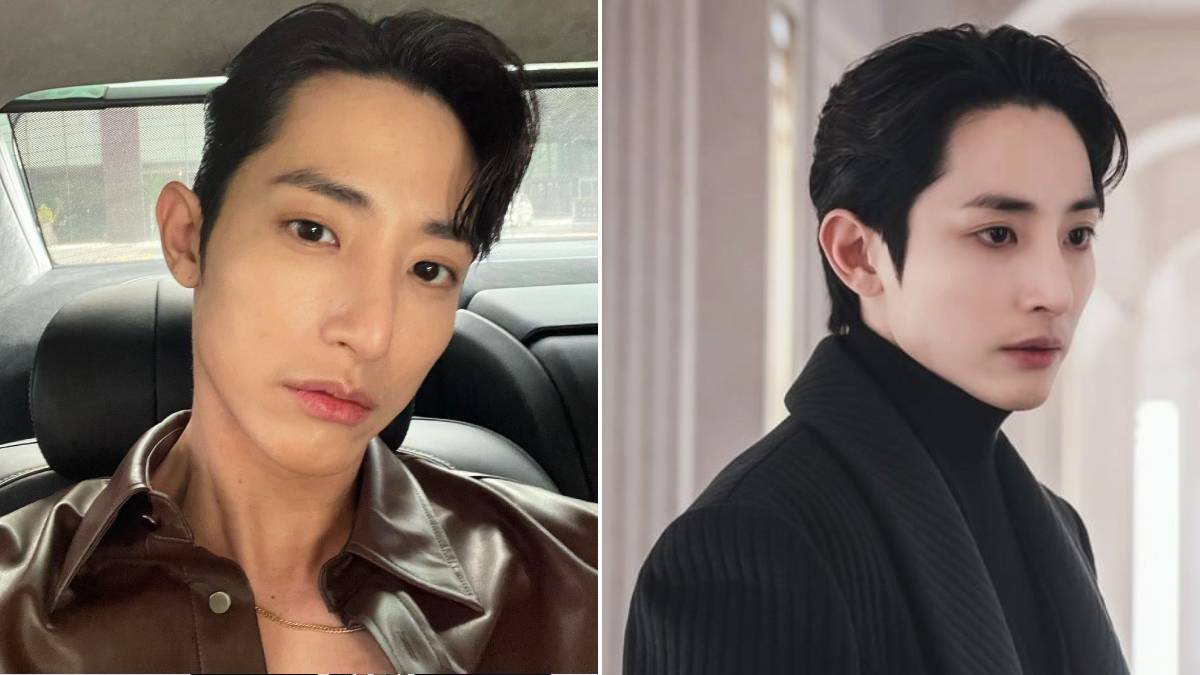 The new fantasy K-drama Tomorrow brings us a glimpse of a fictional underworld and it’s nothing short of exciting! However, it’s not just the series’ gripping plot about unconventional grim reapers that has stolen our attention. Among its enthralling characters is the formidable but cold leader Park Joong-il, whose sharp gaze and mystifying spirit intrigues viewers. While we wait to see more of this brooding enigma, let’s get to know instead the actor who plays him—Lee Soo Hyuk! Read on for all the interesting things that make up this talented personality!

Here Are 10 Interesting Facts You Need to Know About Lee Soo Hyuk:

The K-Drama actor was born on May 31, 1988 as Lee Hyuk Soo. In a 2016 VLive broadcast, he mentioned that during his earlier days, he thought of using a stage name for other people’s convenience. But at the request of his parents to use his given name, the actor opted to switch the characters of “Hyuk Soo” instead.

2. He can play the flute and the piano

During a personal interview with his agency, YG Stage, he shared that as a child, he took on various pursuits in art, music, and sports, with the support of his mother. He even mentioned that he can play the flute and piano! But sadly, the chances of him being near the two instruments is low. Nevertheless, he added, “I learned a lot when I was young. Though I’m not that good, those experiences helped a lot in my life as an actor.”

3. He started out as a model

Joining the likes of leading men like Nam Joo Hyuk and Lee Jong Suk, Soo Hyuk first started out as a model in 2006 before he took to the acting scene. With his angled face and powerful expressions, he has even graced the pages of known magazines like GQ, Vogue, and Marie Claire Korea.

In 2013, he strutted the runways at London and Paris Fashion Weeks where he donned the designs of brands such as J.W. Anderson, Juun.J, and Balenciaga. Being in such a renowned event was also an honor for Soo Hyuk since he was the only Korean model, among other nationalities, for the Balenciaga show at the time.

4. He has a passion for fashion

Not only is this handsome actor experienced on the runway, he’s also got quite the eye for style! In an interview with YG Stage he shared, “I started my career as a model and that’s when I liked and studied fashion a lot.” Pursuing his interest, Soo Hyuk's debonair taste has been an inspiration for many people that he's even been recognized for it! As per a report by Soompi, the model-actor was given the Best Dresser Award twice at The Korea Best Dresser Awards, in 2008 and 2014!

If you’re a K-pop stan then you may have already spotted Soo Hyuk years ago! He has appeared in a handful of music videos for artists like Gavy NJ and EXID. He even acted twice for the famed girl group 2NE1! First, in their 2010 song It Hurts, and then in 2013, for their fun and catchy hit Falling In Love.

While he has garnered success for his modeling stints, Soo Hyuk mentioned in his VLive broadcast that becoming an actor was a childhood dream he always wanted to pursue. And so he did! He first starred in a romantic film called The Boy from Ipanema (2010), before proceeding to appear on the small screen with dramas like White Christmas (2011) and Vampire Idol (2011)

Fun fact: He starred alongside fellow model-turned-actor Kim Woo Bin for both series!

But as he continued on with his acting career, he felt like he was lacking in some ways. He shared, “I thought I was not ready yet…I got a lot of training [first] and [then], I started acting again.” After taking some time to fully polish his skills, he has since been in various dramas like Scholar Who Walks The Night (2015) and Doom At Your Service (2021). Last year, he also came back to the big screen with the film Pipeline (2021). His hard work and dedication paid off when he received the Rising Star Award at the 2015 Asian Film Awards, as well as the Miniseries Rookie of the Year at the 2015 MBC Drama Awards.

7. His personality is far from the serious roles he usually plays

While Soo Hyuk often plays brooding characters, like a vampire in Scholar Who Walks The Night (2015) or his current role as a conservative grim reaper in Tomorrow (2022), his personality is so different from the lives he has played on screen. “I’m not really a serious, cold, and cool type,” he once said in an interview. “Rather than a heavy atmosphere, I prefer a refreshing mood. I hope the people who know me think of me as a refreshing, bright, and optimistic person.”

We caught a glimpse of his fun and playful side when he joined the cooking variety show Bistro Shigor (literal translation: Countryside Western Cuisine) last year! He even adorably played with children here! You can watch a clip of it in the video below:

8. His favorite pastime is building Legos

Speaking of his fun and laid back personality, in an interview with W Korea, Soo Hyuk shared that one of his favorite hobbies is actually building Legos! He also mentioned that he loves anything that you can make and assemble with your hands, like a sculpture. For this actor, it’s clear that his creativity and talent is more than what we see on camera and on the runway!

If you’re eager to see more of this talented actor, make sure to visit and follow his Instagram account, @leesoohyuk! His effortless selfies and gorgeous photo shoots will have you swooning in no time!

Soo Hyuk has a great interest in movies! Scroll through his Instagram account and you’ll see pictures from various films like Léon (1994) and About Time (2013). In need of a recommendation from Soo Hyuk? He definitely suggests watching The Irishman (2019), as mentioned to Esquire Korea.

His interest goes beyond the screen too! Soo Hyuk is also curious about what brings a film to life. In a chat with W Korea, the actor remarked, “When I watch a movie, I tend to pay attention to the shooting technique and color.” With his love for the craft, it’s safe to say that he’s definitely destined for the screen!