LOOK: Here's How (and Why) Bela Padilla Decided to Uproot Her Life in Manila and Move to London|Read more »
Culture | By Kate Oabel - Apr 14, 2022

Want to see more of the model-actor on your screen? 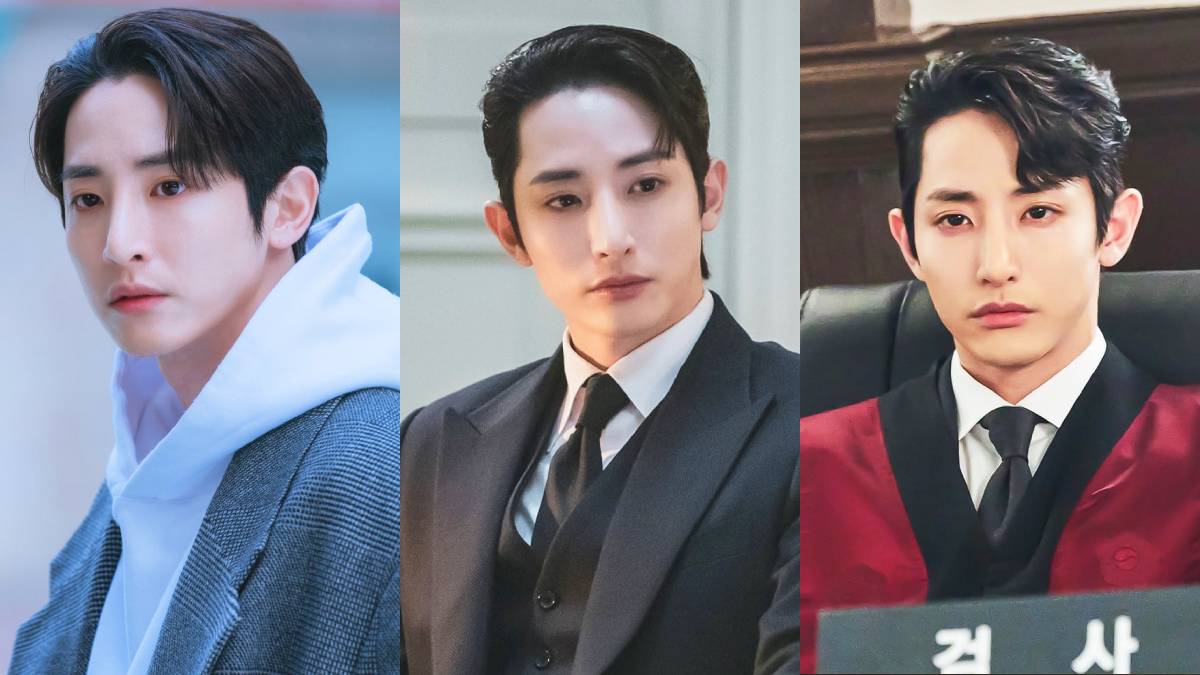 IMAGE Doom at Your Service/TVN, Tomorrow/MBC, Born Again/KBS2
Want to see more of the model-actor on your screen?
Shares
Share
Tweet

Whether you’ve watched him as the second lead or the antagonist, Korean actor and model Lee Soo Hyuk is a familiar face for many. His vampire-like visuals have captivated K-drama fans from his role in The Scholar Who Walks the Night to one of 2021's most heart-wrenching dramas Doom At Your Service. Can't get enough of his intimidating charm? We've rounded up a list of his shows for you to check out!

Based on a 2017 Naver webtoon, Tomorrow tells a unique story on mental health. Protagonist Choi Jun-woong accidentally meets Goo Ryeon and Lim Ryung-gu, grim reapers belonging to a crisis management team that saves suicidal people. Jung-Woong soon joins them as the youngest new member. However, they aren't the only supernatural team around. Lee Soo Hyuk plays the strict leader of the grim reapers’ guiding management team, a crew tasked to ferry the dead to the afterlife. They often clash with Goo Ryeon’s team due to their differences in following the rules.

Doom At Your Service is a fantasy romance drama that follows Tak Dong-kyung, a web novel editor who finds out she has 100 days left to live. Dong-kyung drunkenly wishes for the world to end after numerous shocking news and bad luck in a day. This brings the supernatural being Myul Mang, the literal translation for "ruin" or "destruction," to her doorstep. The pair, though often at odds, agree on a 100-day contract that will allow the dying Dong-kyung to live however she wants. Here, Lee Soo Hyuk acts as Cha Joo-ik, Dong-Kyung's colleague at work, who’s trapped in his own love triangle.

Soo Hyuk stars as the lead role in this magical web drama where he plays the cursed god Woven. In order for him to enter heaven again, he must descend upon earth to design comfortable outfits for humans. Together with his assistants, Joey and San Harang, the trio console people through clothing.

In this mystery melodrama, the fates of three reincarnated people get intertwined after getting involved with each other during an incident in the 1980s. Here, Soo Hyuk and the other lead stars play dual roles. His character in the modern day is the calm prosecutor Kim Soo-hyuk, while his past self is a pure-hearted detective named Cha Hyung-bin.

Based on a webtoon, this romantic comedy centers on a flight attendant named Hong Na-ri, who decides to come home after learning of her fiance’s infidelity and her mother’s death. Upon her arrival, she finds the young and handsome Go Nan-gil living in her mother’s house and claiming to be her father. Soo Hyuk stars as the second lead, Kwon Deuk-bong, a wealthy chairman who has a crush on Na-ri, but was tasked by his father to reclaim and develop her mother’s property.

This romcom proves that opposites do attract. Also based on a webtoon, it revolves around the superstitious Shim Bo-nui, who believes a fortune teller who says that a one-night stand with a man born in the Year of the Tiger should save her sister from a coma. She gets entangled with Je Su-ho, the CEO of a gaming company and a firm believer in science and mathematics. Lee Soo Hyuk gets in between them as Choi Geon-wook or Gary Choi, Bo-nui’s first love.

In this action-packed drama, Lee Soo Hyuk is a spy in the making. He is being trained by Baek Shi-yoon, an ex-secret agent who now runs a bar to hide his past identity. Often sympathizing with the stories of his bar regulars, Shi-yoon eventually crosses paths with Choi Chan-gyu (Lee Soo Hyuk), his temporary worker who dreams of becoming a police officer. Together, they team up to fight evil.

Soo Hyuk earned his Best New Actor award in this supernatural historical drama based on the manhwa written by Jo Joo Hee. It follows Kim Sung-yeol, a young nobleman who lives as a guardian vampire during the Joseon dynasty and fights against his unruly kind. Soo Hyuk transforms into the show’s antagonist, a bloodthirsty vampire named Gwi.

Soo Hyuk stars as Kim Joon in Righteous Love, a carpenter who gets involved with married couple Jang Hee-tae and Kim Il-ri. The couple goes way back when Hee-tae was a teacher at an all-girls school and Il-Ri was a student who had a crush on him. They both developed feelings for each other, but Hee-tae soon resigned from his teaching post after Il-ri got severely injured while trying to save him in a car accident. Seven years later, they meet again and get married. Hee-tae now works as a researcher and learns that Il-ri is having an affair with Kim Joon.

When Lee Min-suk's loookalike older brother begs him to take his place at his office while he goes into hiding, Min-suk ends up leading a double life as a rising high school hockey player during the day and an office executive by night. At the latter, he meets Jung Soo-young and falls for her, while continuously clashing with Director Yoo Jin-woo (Lee Soo Hyuk), the illegitimate son of the company's chairman.

The Stars Of "bridgerton" Reveal Interesting Facts About Their Characters