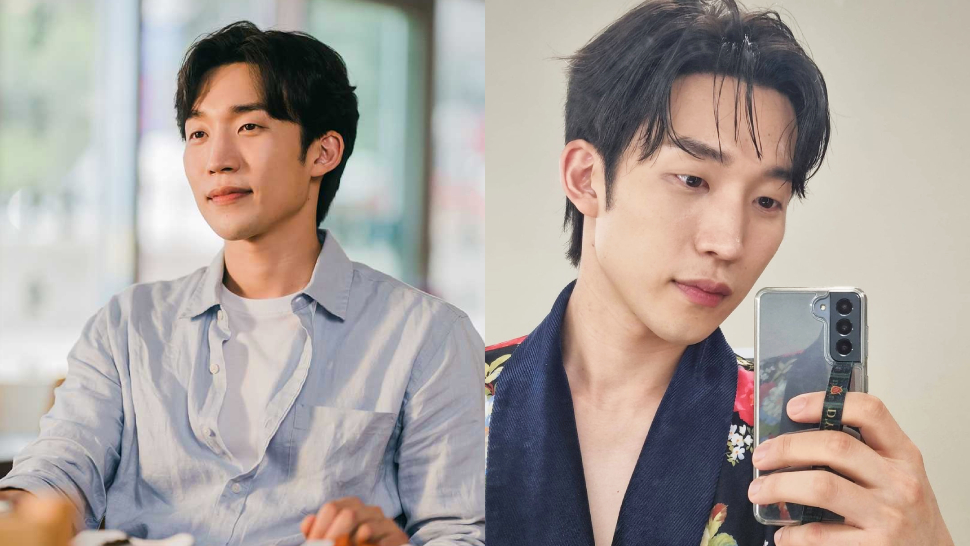 The series aside, if our track record with second leads is any indication, we have no doubt Sang Yi might just end up stealing both the spotlight and our hearts, too, for this one. If you’re way ahead of us, though, and you’re already scouring the internet for more of the actor, then you’re in the right place.

2. He started out in theater.

Having graduated from the Korea National University of Arts, it’s clear Sang Yi’s always had a passion for performing. His acting career began onstage when he debuted in the 2013 musical How to Make a Star. He’s since appeared in more than 15 theater productions, including the Korean versions of American musicals such as Grease (2014) and A Gentleman’s Guide to Love and Murder (2020).

Sang Yi made his TV debut in 2017 as Oh Dal-soo in the romantic comedy Manhole. He continued on to land supporting roles until 2020, most notable of all was his character in the family drama Once Again. Spanning 100 episodes, the award-winning drama found Sang Yi as Yoon Jae-seok, a dentist and the younger brother of one of the show’s leads Yoon Gyu-jin, as portrayed by Lee Sang Yeob. Sang Yi’s romantic plotline in Once Again, opposite Lee Cho Hee, became a fan favorite among viewers, which contributed to the actor’s eventual rise to fame.

Riding on his newfound fame from Once Again, Sang Yi finally landed his first lead TV role a year later in the period drama Youth of May. The actor starred alongside rising heartthrob Lee Do Hyun (18 Again, Sweet Home) and Love Alarm actress Go Min Si. The KBS drama was inspired by a historical Korean mass protest dubbed the Gwangju Uprising. Sang Yi portrayed Lee Soo-chan in the show, a businessman who returns to Korea after finishing his studies in France.

5. He once shot a scene in “Youth of May” while drunk.

When asked about his favorite memory on the set of Youth of May, Sang Yi recalled having to shoot his first scene on the show, which involved drinking alcohol. “Despite the fact that I am terrible at drinking, this was also my first day of filming. To calm my nerves, I drank a little to act in the scene. It was memorable because I was actually a little bit drunk,” he admitted in an interview with Kocowa.

6. He was part of a temporary music group called MSG Wannabe.

A musical veteran, Sang Yi’s singing chops was once again recognized when he was chosen to be part of MSG Wannabe, a supergroup made up of eight Korean celebrities. The group was created for the variety show Hangout With Yoo, famous for having formed other chart-topping temporary groups SSAK3 and Refund Sisters. Following their predecessors footsteps, MSG Wannabe went on to lead Korean music charts as well, with their songs Foolish Love and Only You.

Yep, we’ve got ourselves another multi-talented rising star. Sang Yi first publicly demonstrated his dance skills way back in 2008 when he won a contest with his cover of Rain’s Rainism. The actor performed the same routine 12 years later during his appearance on the variety show Knowing Bros.

You have to see him bust a move in the video below.

8. He watched a lot of TV shows to prepare for “Hometown Cha-Cha-Cha”.

In preparation for his role as a show producer on Hometown Cha-Cha-Cha, Sang Yi shared that he watched a ton of TV, taking particular note of how each program’s producer would act during filming. “I watched and observed what these producers would do and I noticed that they’re not very talkative on set and they’re usually quietly observing at the back.”  He added, “Aside from that likeness, I tried to also become close with my co-stars so we could bring the chemistry on screen.”

Much like the rest of us, Sang Yi also turned into a plantito this past year. As someone who doesn’t step out much, the actor revealed that he recently picked up buying plants as a hobby. He’s especially fond of greens that can grow in water, as mentioned in his Harper’s Bazaar interview.

Get the latest on Sang Yi by keeping up with him on Instagram at @leesangyi_.