She's starred alongside the likes of IU, Park Seo Joon, and Megan Fox. 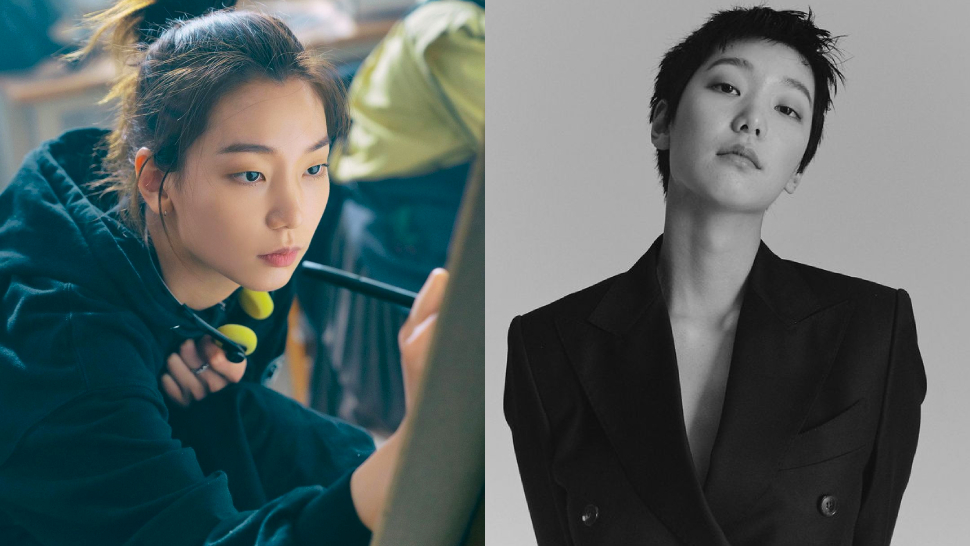 Despite her limited screen time in Nevertheless, rising actress Lee Ho Jung has completely won us over, which is why we rounded up 10 fast facts any new fan should know about her. However, our deep dive into all things Ho Jung doesn’t end there. While we wait for her to rightfully land her first main role, here are eight Korean dramas and movies featuring this promising model-actress.

The record-breaking series is Ho Jung's first-ever TV drama. Here, she plays a minor character named Ae-ra, Ha-jin's best friend from the 21st century, who betrays her by cheating with her boyfriend.

Three greedy individuals battle for wealth and power in Night Light. The series centers on Seo Yi-kyung, a whip-smart businesswoman who wants to head her own enterprise; Park Gun-woo, Yi-kyung’s ex-lover, and the heir to a large company; and Lee Se-jin, a hardworking woman taking multiple jobs to rise out of poverty. For her part, Ho Jung portrays finance employee Son Ma-ri.

This mystery melodrama follows Ji Eun-han, a woman who loses her memories after going through plastic surgery in hopes of getting herself a new face. Now unrecognizable to her peers, she must piece together her past on her own. That is, until Han Kang-woo, a heartbroken plastic surgeon, enters Eun-han’s life and helps her regain her memories.

Nevertheless is a webtoon-based drama that tells the story of two anti-romantics, Yoo Na-bi and Park Jae-eon, and how they end up in a friends-with-benefits relationship, which quickly turns complicated. Ho Jung's biggest role to date, she portrays Yoon Sool, a gifted art major in Na-bi's college, who's also secretly in love with her childhood bestfriend, Seo Ji-wan.

Best friends Park Ki-joon and Kang Hee-yeol are trainees at the Korean National Police University. When they witness a kidnapping at midnight, they take matters into their own hands after realizing that the local police is too preoccupied to respond immediately. Ho Jung plays Lee Yoon-jung, the girl Ki-joon and Hee-yeol are trying to save.

Set during the Korean War, a guerrilla army unit and 772 student soldiers head out on a mission to deceive the North Koreans by feigning an invasion at Jangsari Beach. Portraying one of the soldiers in the film, Ho Jung shaved her long locks for the role. She also joined Megan Fox as the only two women credited in the lead cast.

Sang-gon, a lackey, climbs to the top of his gang after he forces their deceitful leader out of the position. Expecting to take control, he meets resistance and betrayal instead as he’s made to face the consequences of his actions.

Jeong Min, a famous actor, is kidnapped during his film premiere. Thinking the whole thing is a prank, he takes the situation lightly, until his perpetrators brutally torture him. With the kidnappers demanding a hefty ransom, Jeong Min must figure out how to survive the ordeal, armed only with knowledge from his movies. The action thriller is a remake of the 2015 Chinese film Saving Mr. Wu.

10 Aesthetic Poses To Try If You're Camera-shy, As Seen On Angel Secillano

Beginner-friendly Bank Accounts If You Want To Start Saving