Here's everything you need to know about the exhilarating mystery drama. 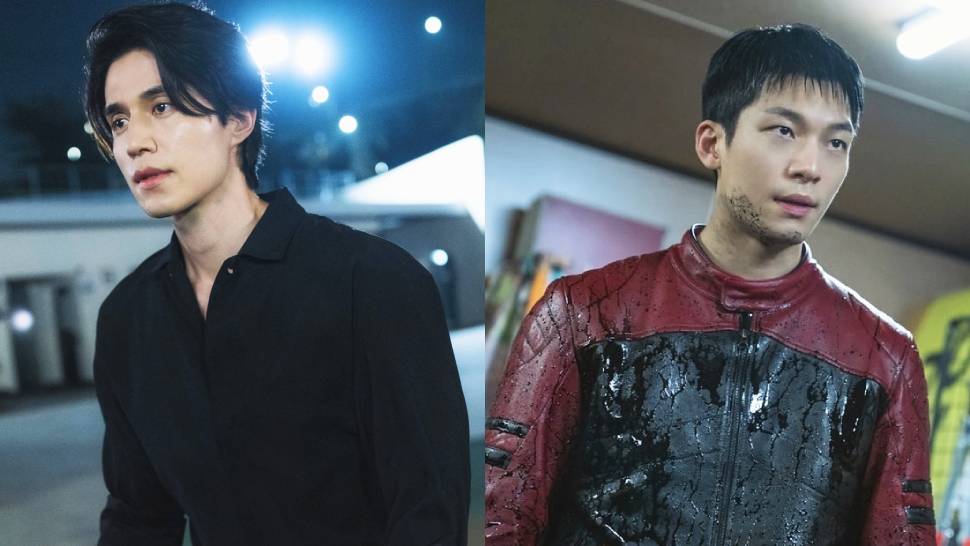 IMAGE Bad and Crazy/TVN
Here's everything you need to know about the exhilarating mystery drama.
Shares
Share
Tweet
Comments

What do you get when you put two of today’s hottest Korean actors together in a thrilling action series? One wildly handsome ride, apparently.

ICYMI, Squid Game breakout star Wi Ha Joon and Hallyu leading man Lee Dong Wook are teaming up for Bad and Crazy, a tvN and iQiyi original series. Its creators, director Yoo Seon Dong and screenwriter Kim Sae Bom, originally worked together on the hit OCN drama The Uncanny Counter. Considering the unprecedented success the latter show received—it garnered enough love for its network to green light a second season—we’re already expecting the same caliber of work from Bad and Crazy. Before it airs this month, though, here’s everything else you can expect from the upcoming series.

What you need to know about Wi Ha Joon and Lee Dong Wook’s K-drama, "Bad and Crazy":

Dong Wook leads the series as Ryu Soo-yeol, a corrupt detective who isn’t afraid to break the law to achieve results and to get ahead in his career. His life, however, is suddenly thrown into chaos when he meets K (Wi Ha Joon), a seemingly crazy and dangerous man described to be “wildly passionate about justice”.

If you're a sucker for a good bromance between your two main leads, then you'll definitely want to tune in to Bad and Crazy. According to the show's production, as Soo-yeol and K fight crime together, viewers will see the unlikely duo in a “love-hate relationship that promises to enthrall viewers.”

Dong Wook and Ha Joon will be joined by Be Melodramatic’s Han Ji Eun and Mine’s N to round up the main cast. Ji Eun will portray Dong Wook’s ex-girlfriend, Lee Hee-kyum, a tough detective with a deceivingly “lovely” appearance. The two former lovers will be seen endlessly bickering as they repeatedly cross paths at crime scenes.

On the other hand, N, who’s a member of K-pop group Vixx, will be playing Oh Kyung-tae. In contrast to Dong Wook’s character, Kyung-tae is an upright police officer determined to do everything by the book. He sets out to investigate S00-yeol and K's peculiar partnership, along with their underground missions.

Bad and Crazy will premiere on tvN this December 17, 2021. Excited viewers can simultaneously stream new episodes of the show on iQiyi every week.

Watch the show's official trailer below!