Lea has since apologized for "[her] behavior and for any pain which [she] has caused." 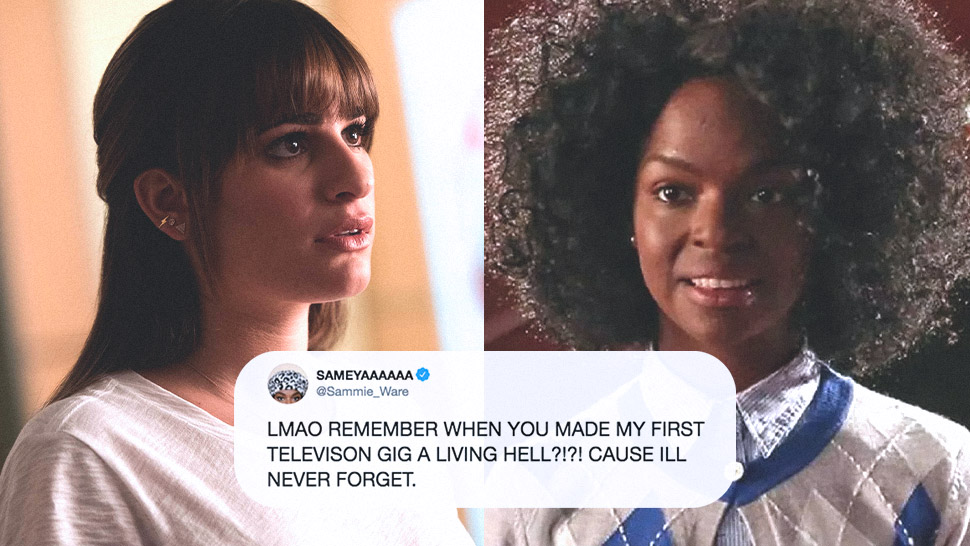 IMAGE Glee, TWITTER/Sammie_Ware
Lea has since apologized for "[her] behavior and for any pain which [she] has caused."
Shares
Share
Tweet
Comments

Former Glee actress Lea Michele is currently under fire after co-star Samantha Ware accused her of making the show a “living hell” for her, brought about by Lea’s “traumatic microaggressions.”

Samantha’s call-out stemmed from a tweet by Lea, who had spoken up about the senseless murder of African-American George Floyd at the hands of Caucasian police officer Derek Chauvin. “George Floyd did not deserve this. This was not an isolated incident and it must end #BlackLivesMatter,” read Lea’s tweet.

Samantha’s response came Tuesday morning, reposting Lea's tweet while recalling how her actions towards her on the set of Glee made her second guess pursuing a Hollywood career. She wrote, "Remember when you made my first television gig a living hell?!?! Cause I’ll never forget. I believe you told everyone that if you had the opportunity you would ‘s— in my wig!’"

The 27-year-old actress played the smart and sassy glee club newbie Jane Hayward on the sixth season of the show.

Other cast members have since come on Twitter to support her statement. This includes Alex Newell and Amber Riley, who both weighed in with GIFs on their own accounts, while Supergirl actress Melissa Benoist, a.k.a. Marley Rose on the musical series, logged on to like all of their tweets.

Black Lightning actor Dabier Snell, who appeared in a 2014 episode of Glee, also quoted Lea’s tweet, recounting how she wouldn’t let him “sit at the table with the other cast members” because he was told that he “didn’t belong there.”

In the meantime, meal-kit company HelloFresh has announced that they’ve cut ties with the actress who’s previously posted sponsored images for the brand on her social media pages.

“HelloFresh does not condone racism nor discrimination of any kind. We are disheartened and disappointed to learn of the recent claims concerning Lea Michele,” they posted on Twitter as reply to a concerned user. “We take this very seriously, and have ended our partnership with Lea Michele, effective immediately.”

A few days later, in response to the allegations, Lea took to social media to apologize via an Instagram post. She writes, "One of the most important lessons of the last few weeks is that we need to take the time to listen and learn about other people's perspectives and any role we have played or anything we can do to help address the injustices that they face...While I don’t remember making this specific statement and I have never judged others by their background or color of their skin, that’s not really the point, what matters is that I clearly acted in ways which hurt other people. Whether it was my privileged position and perspective that caused me to be perceived as insensitive or inappropriate at times or whether it was just my immaturity and me just being unnecessarily difficult, I apologize for my behavior and for any pain which I have caused," she continued. "We all can grow and change and I have definitely used these past several months to reflect on my own shortcomings."

As more citizens rise up against the prevalent systemic racism in the United States, other Caucasian celebrities have also been called out for their “performative activism” online. The Politician actors Ben Platt and Zoey Deutch, in particular—who each posted that they had matched a $50 donation chain—were questioned for the low amount of their donations as compared to their income. After being spurred on by their fans to do better, both actors apologized and pledged to become better allies.

Find out how to support the Black Lives Matter movement here.