There’s a new K-drama catching our attention on Netflix and it’s a mysterious and ingenious college drama that will have you on the edge of your seat! Titled Law School, the ongoing series is a breath of fresh air from your usual K-drama as it presents a deeper look at how law schools are like in Korea. Anyone who’s ever been, or is currently, a law student will definitely be able to relate to the show! That said, make sure to prepare yourself to keep up with some complicated law jargon throughout the series.

Want to know more about Law School before you commit? Below we list down five facts on the K-drama to get you on board!

1. It has a riveting plotline that hooks you from the start.

The show follows a previously elite prosecutor turned professor at the prestigious Hankuk University and his students as they get embroiled in a murder case that occurred in their school. Similar to the award-winning American drama How to Get Away with Murder, Law School will revolve around an ensemble cast whose lives spiral out of control after the heinous crime. So if you were a fan of the aforementioned 2014 series, then Law School might just be your cup of tea.

2. The cast is made up of a mix of young and seasoned actors.

Naturally, any law school would seek only the best and the brightest students, so it’s no surprise that the cast of the show is nothing short of exceptional, too!

Top billing the drama is Kim Bum, who recently captivated fans with his duality as the antagonistic Lee Rang in Tale of the Nine Tailed. Here, he plays the brilliant and confident character of Han Joon-Hwi. Playing opposite his role is Ryu Hye Young, best known for her portrayal of the amiable yet stoic Sung Bo-ra in Reply 1988. In Law School, Hye Young steps into the shoes of Kang Sol (A), Joon-Hwi’s passionate classmate.

Other young and aspiring actors we’ll be seeing on the show are Lee David who you might be familiar with for his character in Itaewon Class, Go Yoon Jung who made her mark in Sweet Home, Lee Soo Kyung of Where Stars Land, and lastly, Hyun Woo who’s appeared in shows like Witch’s Love and Living Among the Rich. Respectively they are Seo Ji-ho, Jeon Ye-seul, Kang Sol (B) and Yoo Seung-jae in the drama, students who are also enrolled in Hankuk University’s law program. 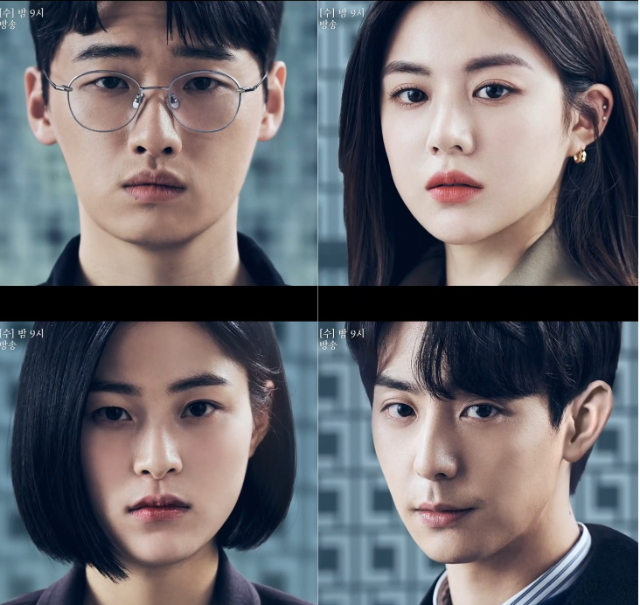 Adding more spark to the already stellar cast are veteran actors whose brilliance we’ve most probably already been graced with before. Kim Myung Min from the award-winning series The Miracle We Met plays the sharped-tongue criminal law professor Yang Jong-hoon. Meanwhile, the versatile Parasite actress Lee Jung Eun signed on to endeavor yet another diverse role as professor Kim Eun-Suk, Jong-hoon’s only confidant at the university.

Helming the series is Kim Seok Yoon, a veteran director who’s been in the business for more than 15 years. With a considerably long repertoire under his belt, Seok Yoon is best known for leading shows such as The Light in Your Eyes, Detective K: Secret of the Living Dead, and My Wife’s Having an Affair This Week.

4. You can expect interesting characters that are more than meets the eye.

Two words that perfectly describe the drama are thrilling and enigmatic. Besides the fact that the story is in pursuit of the culprit to a complicated case, it also deals with individuals that act with a hidden agenda. Case in point, Joon-hwi seems like the perfect law school student up until he starts acting suspiciously. Another prime example is Seung-jae, portrayed by Hyun Woo, who was a successful doctor prior to his impulsive choice to pursue law. Make sure you’ve got your detective glasses on because in Law School, you can’t trust anyone.

5. You can keep up with the show on Netflix!

FYI, Law School’s first two episodes are already out on Netflix. Expect the rest of the show to drop on the streaming site every Wednesday and Thursday!