SECRET IS OUT: Here's How Much It Costs to Stay at Amanpulo in Palawan|Read more »
Culture | By Cheska Santiago for Cosmo.ph - Jun 20, 2021 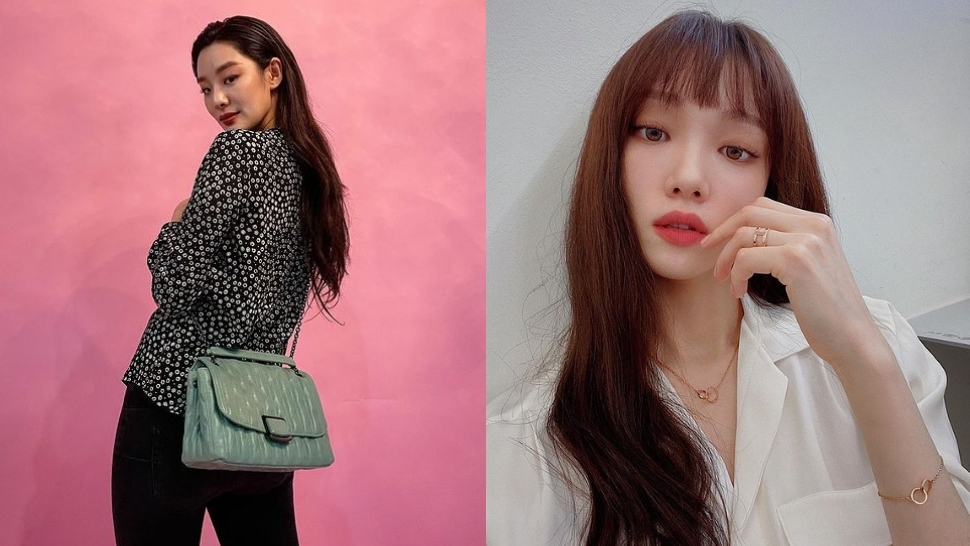 When you watch K-dramas, you're sometimes distracted by an actor's good looks, right? It's hard not to notice their attractive features and towering height, that you have probably wondered if they have ever walked on the runway. The answer: Some of them did!

Here are eight Korean actors who have started their careers as fashion models:

At the age of 16, Start-Up's Stephanie Lee debuted under Elite Model Management, which also handled supermodel Tyra Banks. Here, she showed that she deserves everyone's attention and boy, was she recognized! Tyra even asked her to become her model for a fashion shoot. Stephanie is known as a runway model and aside from that, her claim to fame is her Neutrogena commercial that became viral in South Korea.

Another Start-Up star that's also a model is Nam Joo Hyuk! He entered the industry in 2013 as a SONGZIO Homme endorser under YGKPlus, YG Entertainment's modeling management arm. During that time, Stephanie has also signed to this label, and that's when they first met and became friends. Right now, Joo Hyuk is busy showcasing his chiseled looks as the brand ambassador for Dior.

Lee Jong Suk is tall and handsome so it's no surprise that he's also a star on the catwalk. When he was 15 years old, Jong Suk began his modeling career at the Seoul Fashion Week and he was actually the youngest one to walk that runway! He's still pretty active as a model and his most recent show is the 2021 Seoul Fashion Week (which surprised everyone, BTW).

While she's a quirky and adorable athlete on Weightlifting Fairy Kim Bok Joo, Lee Sung Kyung is completely different when she's posing for the camera! The way she makes a straight face just screams power and her walk is just phenomenal. In fact, Sung Kyung is dubbed as the "It Model From South Korea" by Harper's Bazaar Singapore!

Back in high school, Kim Woo Bin has always dreamed of walking the runway as a fashion model. Eventually, he appeared in the Seoul Fashion Week, and from there, he was booked for a long list of shows. In an interview, Woo Bin recalled his early roots: "I used to replay fashion show videos online and study how famous models walk and pose on runways." So happy that your dream came true!

This year, Jang Ki Yong has multiple projects. Even in the past, he has always been busy! The heartthrob debuted as a model in 2012 and this quickly led to a number of fashion shows and photoshoots. Ki Yong is not just a model—he's an award-winning model at that. Two years after his modeling debut, he bagged the Fashion Model Award at the 2014 Asian Model Awards.

So Ji Sub, who launched his career as a  clothing brand model, never really planned to strike a pose or act in front of the camera. It was because of Kim Sung Jae, a known hip-hop artist in South Korea, that made him pursue this field! "I was never really interested in becoming a celebrity. My life was all about swimming and hip-hop music. I did modeling because I wanted to see Kim and also because it was the best way to earn good easy money," he said in an interview with The Korea Herald.

In 2009, Ahn Jae Hyun graced numerous magazine pictorials, fashion shows, and TV commercials. Well, who wouldn't want to get someone as attractive as him, right? He has that anime-guy-of-your-dreams look that brands will definitely line up for to get their companies endorsed. I mean, look at this and you'll agree:

Research Finds The Earlier You Wake Up, The Happier You Are