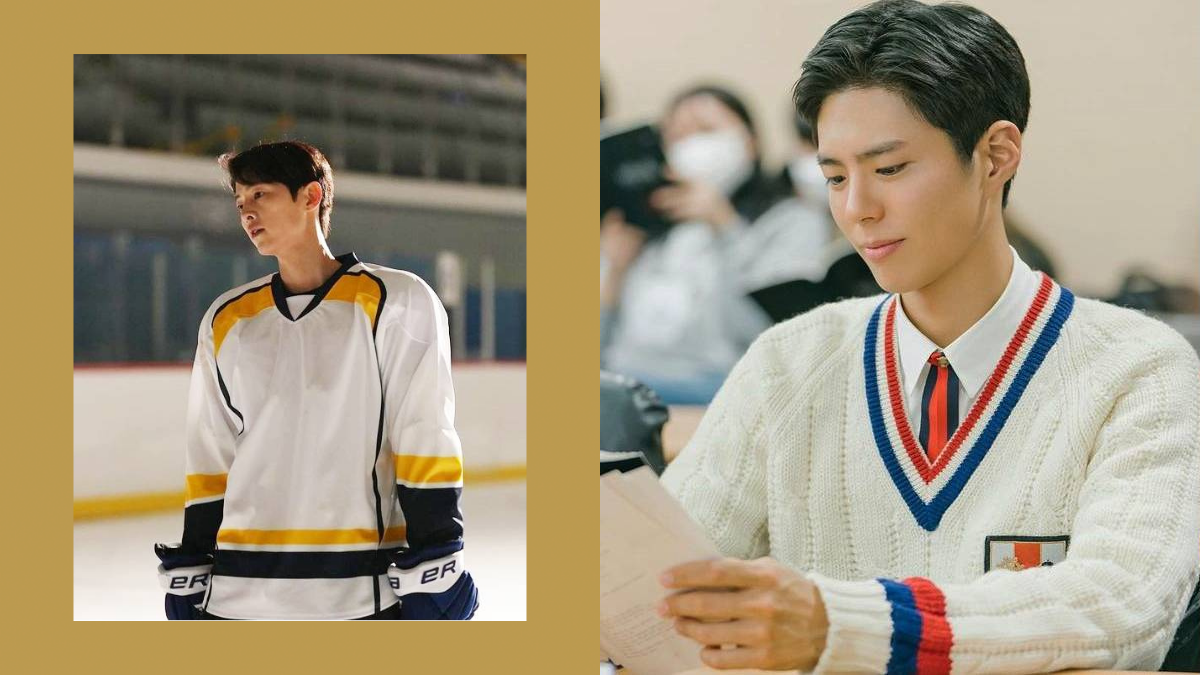 Whenever we watch a new K-drama, we usually don't make it to the finish line without finding ourselves getting invested in the talented actors who play our favorite characters as well. But did you know that a handful of these iconic faces we see on screen have already made a name for themselves in other fields?

In particular, a number of them have traversed the world of sports! Some have even won competitions way before they started racking up acting awards. And while we just can’t get enough of seeing them on our TV screens, it's time to shine a light on their athletic alter egos.

Here Are 10 Korean Actors Who Used to Be Athletes:

Representing his hometown of Daejeon, Joong Ki competed for a total of 12 years before an unfortunate injury to his ankle forced him to give up the sport. After deciding to not pursue a career in skating any further, he turned to acting, where he was able to showcase some of his skills in dramas such as Triple and Vincenzo.

Lee Si Young has a knack for hooking the audience and leaving us wanting more every time we see her in the spotlight. You may remember her as the fearless Seo Yi-kyeong from Sweet Home, and much like her character, she’s also experienced in combative sports.

Ever the dedicated actress, Si Young took up boxing to prepare for a role in a drama [which was unfortunately never produced], and the rest is history. She became the first Korean female celebrity to achieve the title of "Korean Amateur Representative Boxer" at the 2013 National Athlete Contest, because of her unwavering drive and incredible discipline. Fun fact: She was already 31 years old at the time!

Si Young eventually quit boxing due to a chronic shoulder dislocation and opted to showcase her incredible skills on screen.

Also a former boxer, Ahn Bo Hyun tried his hand at the sport in high school before eventually going pro and becoming a national athlete. He even won a gold medal once on a national level while representing Busan. Because of his repeated injuries and his parents' displeasure, he shifted his focus to acting shortly after.

We might all remember Park Bo Gum for his most recent role in Record of Youth as Sa Hye-jun, the scrappy, young twenty-something and semi Insta-famous model who dreams of becoming a successful actor. Unsurprisingly, the Korean heartthrob delivered his performance in the show with expected finesse.

His acting prowess isn't the only impressive thing about Bo Gum, though. It's all thanks to his swimmer physique that he effortlessly pulled off his role as a model. Dubbed as the "marine boy," the Korean actor was actually a swimmer up until middle school!

This beloved ageless beauty has a lot of tricks up her sleeve, aside from her swoon-worthy performances! Before debuting as an actress in 1996, Song Hye Kyo actually aspired to be a professional figure skater. In an interview, her coach even shared that if she’d continued training, she would’ve been well on her way to becoming an Olympic champion. While Hye Kyo eventually traded her skates for the screen, she was able to employ her abilities on a handful of her commercial and drama productions.

Similar to Bo Gum, Sung Hoon used to be a competitive swimmer before he became an actor. Never failing to impress in anything he does, the melodrama star set new records in several swimming events, which led him to win the majority of his games. He even tried out for the Olympic team but had to withdraw due to a series of injuries that necessitated a few surgeries. After that, Sung Hoon soon decided to test different waters and went for a career in acting.

My Holo Love actor Yoon Hyun Min was actually a professional baseball player for 11 years! Having started way back in middle school, this former pro was a part of the Hanhwa Eagles for four years before transferring to the Doosan Bears. Hyun Min changed careers soon after, owing to a sudden change of heart, and began acting in 2007.

If you’ve seen School 2021, surely you remember the dreamy Gong Ki-joon! Just like his character in the drama, Kim Yo Han knows a thing or two about taekwondo as well! Fun fact: The WEi member actually hails from a family of taekwondo athletes!

Yo Han competed in taekwondo competitions for 13 years. Most people who knew him back then describe him as having a very effortless yet strong kick that could intimidate any opponent. In an episode of MBN’s Naturally, the actor and K-pop idol reminisced on his athletic past and shared that he was quite good at the sport, revealing that he actually won two youth national competitions.

Prior to his acting career, Korean actor Shin Sung Rok, from the 2020 drama Kairos, made use of his towering 6’2 height on the court as a basketball player. FYI, this talent runs in the family—his brother was also an amateur basketball player before going on to become a chef.

When an injury cut Sung Rok’s basketball dreams short, he enrolled in Suwon University to major in Theater and Film, but dropped out quickly after realizing he wanted to pursue acting.

The Kwang siblings in Revolutionary Sisters would be incomplete without the second eldest, Lee Kwang-sik. This lovely brainiac is played by Jeon Hye Bin, who's more free-spirited in real life compared to her character. Not only that, but she also enjoys maintaining an active lifestyle, particularly when there are a lot of ribbons and twirling involved.

Hye Bin is no stranger to breaking a sweat. Behind the fitness buff’s amazing physique are years of rhythmic gymnastics training. Although she never pursued higher competitions, she did bring a few tips and tricks she learned along the way to her current career.

9 of Shin Min Ah's Best Hairstyles, As Seen on K-Dramas and Instagram

11 Filipino Teleseryes You Can Watch On Netflix