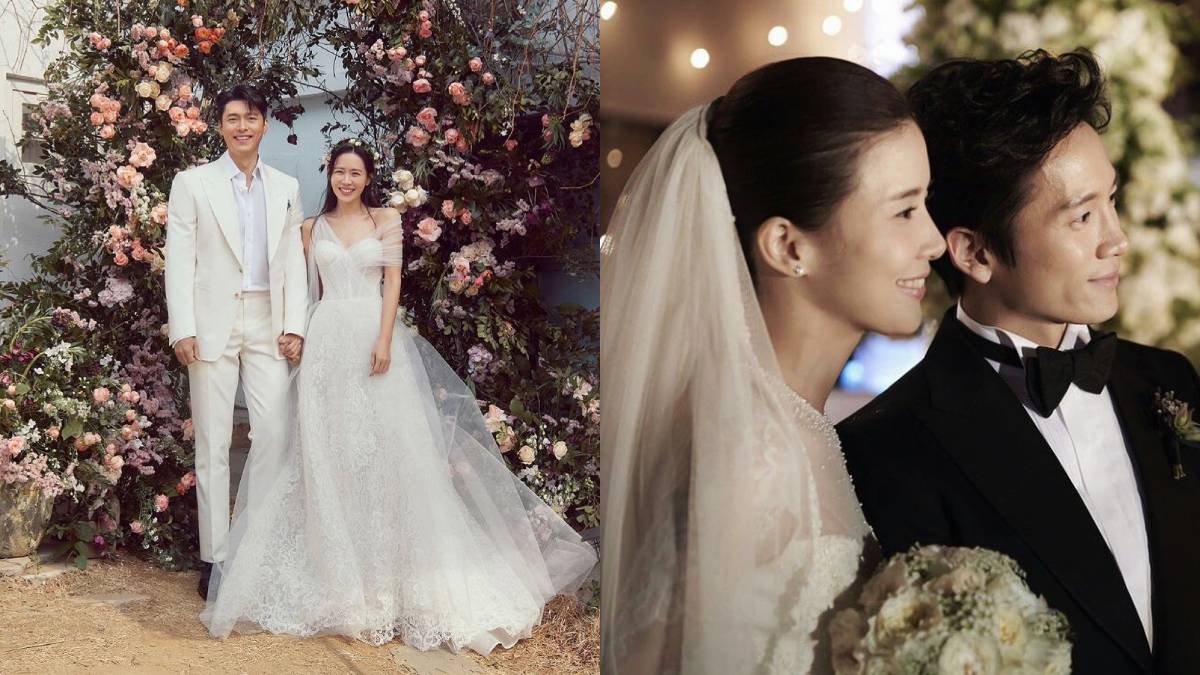 Have you ever wondered where Korean celebrity couples spend the most special day in their lives? Apart from the lavish The Shilla Seoul, they have another favorite wedding venue and it's the Grand Walkerhill Seoul.

What is the Grand Walkerhill Seoul?

Located in the heart of South Korea, the Grand Walkerhill Seoul is a five-star hotel that aims to "awakens the senses" of every visitor. It opened its doors in 1978 and was known as Sheraton Grand Walkerhill before its rebranding. The hotel offers a view of the famed Han River as well as the Achasan Mountain, and those who want a break from the hustle and bustle of the city will surely enjoy their stay here. Think of it as a healing destination when you go to SoKor.

Fun fact: Some scenes in K-dramas like Business Proposal, Extraordinary You, and Goblin were filmed here!

Inside the Grand Walkerhill Seoul is the special venue called Aston House which was inspired by England's Aston Hall. It's designed in Jacobean style where 17th century British mansion elements meet Korean interior design. The Aston House is the choice of Korean celebs for their private weddings and luxury brands (like Dior, Chanel, and Bulgari) also hold their launch parties here.

Now that you know Grand Walkerhill Seoul, here are the Korean celebrity couples who got married there:

First on the list is Hyun Bin and Son Ye Jin who had a garden wedding last March 31. Their big day was attended by their A-list friends, including Gong Hyo Jin, Jung Hae In, and Ha Ji Won. K-drama OST queen Gummy serenaded the couple with Give You My Heart by IU, an OST from Crash Landing On You. BinJin's love story really defined destiny as they have worked multiple times prior to their exchange of vows.

Another K-drama loveteam-turned-real-life-couple who got married at the Grand Walkerhill Seoul is Ji Sung and Lee Bo Young. They dated for six years before they tied the knot in 2013. Ji Sung and Bo Young first met when they starred in the 2004 Koreanovela Save The Last Dance For Me where they played an engaged couple. In an IG post, Ji Sung celebrated their 8th wedding anniversary by posting a pic from their special day. Aww!

Winter Sonata actor Bae Yong Joon (who is also the founder of the label KeyEast Entertainment) and former K-pop idol Park Soo Jin walk down the aisle at the Grand Walkerhill Seoul in 2015. KeyEast Ent. reportedly gave free meal coupons and coffee to Yong Joon's fans who came from different countries, which amounted to 10 million won (around P422,000).

In 2007, Alice star (she's also starring in Netflix's Tomorrow!) Kim Hee Sun and businessman Park Joo Young exchanged their "I do's" at the five-star hotel. According to reports, they started dating in late 2006. Park Joo Young is a chaebol and is the CEO of a beauty shop in South Korea.

Korean actress (you've seen her in Boys Over Flowers and Sweet Home) and TikTok star Lee Si Young held her wedding with businessman Jo Seung Hyun on an autumn day in 2017. Just like at BinJin's wedding, Gummy also performed during their ceremony, as well as singer Huh Gak and K-hip-hop trio DJ DOC.

Sean, a member of the OG K-hip-hop duo Jinusean , married actress Jung Hye Young (Snowdrop, Playful Kiss) in 2004. Both of them are under YG Entertainment. The couple are not only known for their celebrity status but also for their charity acts—in 2018, Sean and Hye Young donated five million won (around P211,000) for a bazaar.

This Breathtaking Underwater-Themed Wedding Is Out of This World

Maxine Medina Just Got Engaged In A Stunning Seaside Setting