TRY: 9 Easy and Stylish Ways to Color Block Your Outfits, According to Celebrities|Read more »
Culture | By Jam Nitura - Jul 14, 2021

Here’s How Korean Stars Stay Fit, According to a Celebrity Instructor 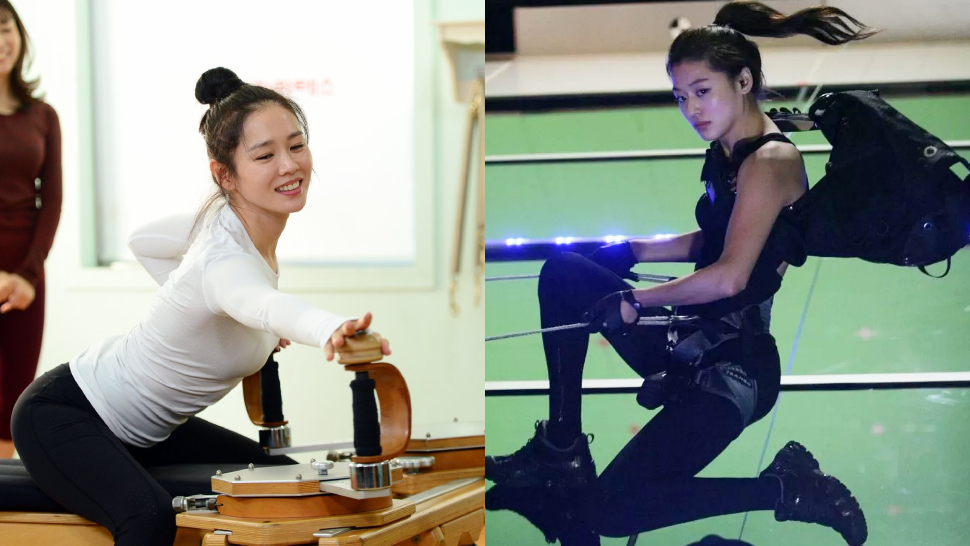 There’s a lot to love about our favorite Hallyu stars. From their impressive acting chops to their smoldering good looks, we can’t deny that everything about them is easy on the eyes. Not least of all their enviable toned bodies, which we’re sure they constantly work hard on to achieve and maintain. So how exactly do they do it?

According to celebrity fitness instructor Yang Jung Won, most Koreans, celebrities included, have turned to pilates to keep them physically fit during the lockdown. FYI, pilates was first conceptualized in 1920 by Joseph Pilates. More than just a workout for fitness junkies, at its basic level, it’s a low-impact routine that most anyone can do. As per Mayo Clinic, it includes “exercises that promote core strength and stability, muscle control, and endurance, including exercises that stress proper posture and movement patterns and balanced flexibility and strength.”

No wonder it’s become a favorite among Korean celebs! We list down a few of them below so they can serve as your next fitspiration.

Pilates isn’t new to Crash Landing on You star Son Ye Jin. During her appearance on the SBS variety show Master in the House, she revealed that she’s been attending the same pilates studio for over a decade! Aside from the fitness routine, though, she’s also a licensed instructor of TXR or Total Body Resistance Exercise.

You have to see her in action below!

If you’ve watched that scene of Song Joong Ki working out on Descendants of the Sun, then you already know that this Hallyu star is built to impress, and it’s partly thanks to pilates! In an interview last year, he shared that he’s dedicated to his daily exercise. “I actually started it for recovery purposes because I hurt my knee in the past. But now, my heart feels refreshed when I do pilates every morning.”

Similar to Joong Ki, Jun Ji Hyun likes to work out early in the morning. Speaking to W Korea, the Kingdom actress mentioned her fitness regimen which includes an hour of cardio before she immerses herself in pilates at least three times a week.

Run On actress Shin Se Kyung shared in a 2017 interview that she’s also a fan of the popular workout. In fact, she even goes to the same pilates studio as My ID Is Gangnam Beauty star Im Soo Hyang!

Han Ji Min, who’s best known for her roles on Familiar Wife and One Spring Night, once mentioned that she does both yoga and pilates to maintain her health and youthful image.

Apart from K-drama actors, pilates is also a huge hit with K-pop idols who naturally need to strengthen their core, as they’re required to sing and pull off choreography at the same time. Among the popular stars who’ve incorporated pilates in their daily lives are Blackpink’s Jennie, Mamamoo’s Wheein, Red Velvet’s Yeri, and SHINee’s Minho.

If you’re debating on whether you can pull off this celebrity-approved workout, watch the video below as Korea's top Pilates instructor, Yang Jung Won, takes us through the very basics of pilates. All you need is a yoga mat, some willpower and you’re good to go!

Vax With Benefits: Enjoy These Perks When You Get Your Covid-19 Vaccine

This New Bakery In San Juan Has Colorful Ig-worthy Pastries