They were so young! 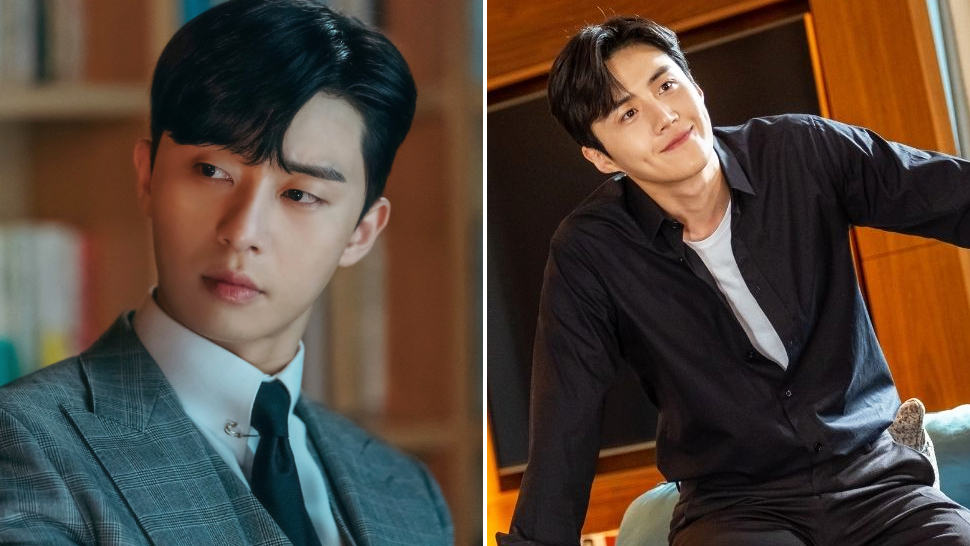 K-drama fans, be honest. How many dashing stars make up your favorite Korean actors list?  We're sure there are a lot of them, and the list probably keeps growing every time you finish binge-watching a drama. Don't worry, we totally get you!

In case you've ever wondered about the first major dramas of your fave actors, we've made a list for you to check out. We're talking about dramas wherein they starred as the leads! Here's a list of some of our favorite Korean actors and their first major projects, and where you can watch them:

Park Seo Joon made his debut role as a leading man in A Witch's Romance, which also stars actress and singer Uhm Jung Hwa. PSJ plays Yoon Dong Ha, plays a young small business owner. Uhm Jung Hwa plays a 39-year-old reporter and while the two don't hit it off immediately, they eventually fall for each other. If you love watching noona romances (older woman, younger man), you'll enjoy this. Warning: Lots of steamy scenes here!

Our good boy Kim Seon Ho may have caught our hearts as the second male lead in Start-Up, but we went gaga for him after we watched him as the lead in the mini web series You Drive Me Crazy! Fun fact: His steamy kissing scene from the show now has over 12 million views:

Also known as Smile Donghae,  Ji Chang Wook played the role of Carl Laker/Donghae from the USA who went back to Seoul with his mom to compete in a short track speed skating contest.

Who doesn't know Lee Dong Wook as Seol Gong Chan in the Koreanovela, My Girl? If you still can't remember, ABS-CBN also aired the show and his name in the Filipino-dubbed version was Julian!

Gong Yoo may be popular as Kim Shin in Goblin, but before he became an "immortal", he was first a high school student in Hello, My Teacher! Who's the teacher? It's the award-winning actress, Gong Hyo Jin!

Kim Soo Hyun's first main role in a K-drama is with Park Bo Young in the series, Jungle Fish. In this drama based on a true story, the highest-paid actor of 2020 is a student-slash-blogger.

If a K-drama has the word "beauty" in it, expect Cha Eun Woo to be the main guy! Before he transformed into high school student Lee Suho in True Beauty, the 23-year-old was yet another student (but in college!) in My ID Is Gangnam Beauty!

Fun fact: Song Joong Ki's first major project is in the historical drama Sungkyunkwan Scandal, and as fate would have it, he's an alumnus of the oldest university in South Korea, Sungkyunkwan University!

K-pop-idol-turned-actor Park Hyung Sik may be a part of the lead cast in What Happens To My Family, but his first lead role was in Hwarang: The Poet Warrior! TBH I still can't choose between his character and PSJ's!

You will love Lee Min Ho as the adorable high school student Cha Gong Chan in the SBS drama, Mackarel Run! When he developed feelings for the new girl in school, he started becoming motivated to study. Cute!

Although it's a one-episode K-drama, we still count this as Lee Jong Suk's first major series! In My Prettiest Moments, the actor plays everyone's campus crush. No need to look far, here's the exact clip for you to watch:

Another K-drama classic, My Lovely Sam Soon is adapted from the novel of the same name. Hyun Bin plays the role of a French restaurant owner who hires a pastry chef, whom he eventually falls in love with.

If you haven't watched Bogummy's first lead role as Choi Taek in Reply 1988, you are seriously missing out. Why should you watch it? Let our honest review entice you to do so ASAP!

In the 2015 version of the School series, Nam Joo Hyuk is the school's star swimmer named Han Yi An, who is in love with his childhood friend.

Jung Hae In  was a cast member of many, many K-dramas but he became the lead guy in the 16-episode series, Something In The Rain, together with Son Ye Jin,

Just when we all thought that My Girlfriend Is A Gumiho is Lee Seung Gi's first lead role in a K-drama, it's actually the SBS series, Brilliant Legacy (or Shining Inheritance)!

Omg! Ac Bonifacio Is Going To Be On "riverdale" Season 5

Did You Know? These K-drama Celebrities Came From Wealthy Families