SHOP: The Preview Beauty Bag Is Officially Here and It's the Ultimate Steal|Read more »
Culture | By Cath Madrid - Apr 22, 2022

He plays soccer and basketball! 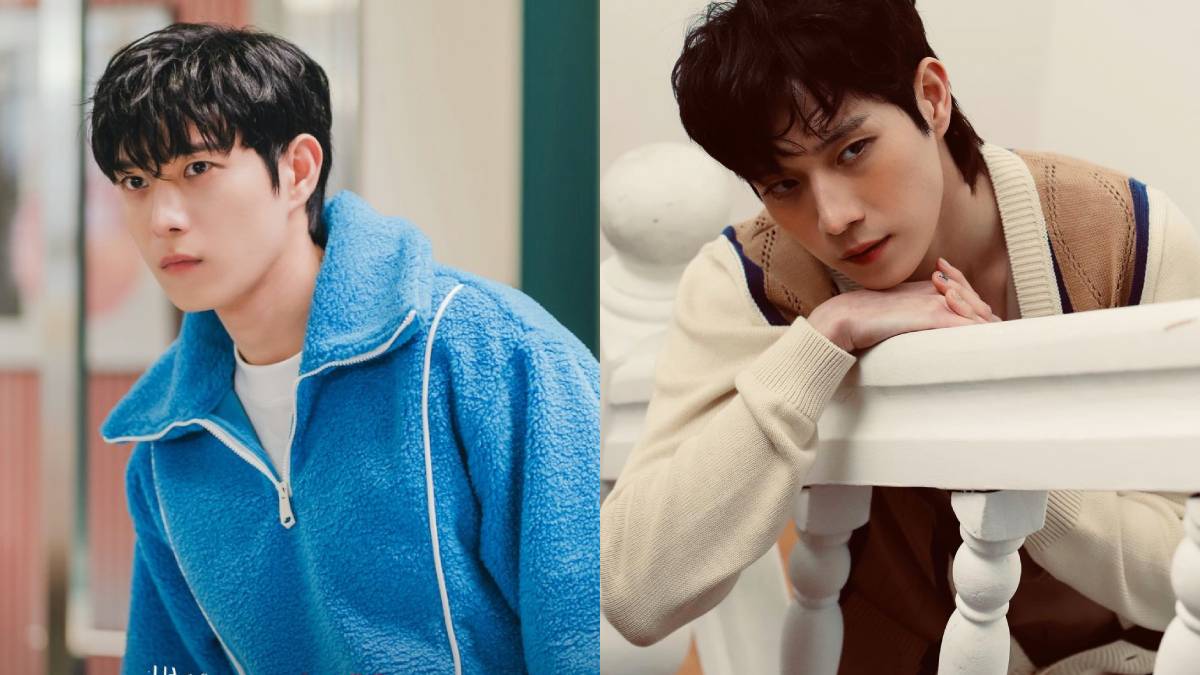 The K-drama world is a gift that keeps on giving. If you’re an avid fan of them, you’ll always feel full with its generous supply of exciting plots, beautiful outfits, and of course, captivating leads. As it goes, there’s an up-and-coming heartthrob in the scene by the name of Kim Young Dae, and he's definitely one to watch! From his thrilling stunts in Cheat On Me If You Can to his swoon-worthy moments in Shooting Stars, this talented leading man definitely promises a lot of excitement for all who have encountered him on the screen. As he continues to grab our attention (and steal our hearts, in the process), let’s get to know more about the brilliant actor below!

Here Are 10 things You Need to Know About Korean Actor Kim Young Dae:

Kim Young Dae was born on March 2, 1996. A true-blooded Pisces, it’s no wonderthe actor is absolutely skilled in his craft! As per astrology, people born during this time are known to be creative and imaginative. And with the flair he’s got on screen, it’s clear that Young Dae embodies such attributes!

2. He plays soccer and basketball

Young Dae is definitely gifted! In an interview with Allure Korea, the actor shared that he loves sports, especially those that involve ball games. In fact, before he ventured into acting, Young Dae’s childhood dream was to become a soccer player, as he told The Star Magazine. He even said that as a kid, he would often play until the sun went down!

Amidst the active fun found in sports, the actor also loves the unity that it brings as it is through such that he was able to meet a lot of his friends. Back in his school days, Young Dae said that he even switched to basketball upon seeing that most of his peers were more into it.

Just right before he started acting in 2017, Young Dae was majoring in commerce at Fudan University, a prestigious institution in China. According to an interview with W Korea, studying in a different country was actually a suggestion from his parents since they wanted him to gain a meaningful experience through it. While it was hard living away from home, the time he spent abroad shaped him into the person he is today. In an interview with Arena, Young Dae said, “I think the things I experienced while studying abroad will be well accumulated somewhere in me. I expect that those experiences will one day be expressed through acting, and I also think that that is my strength.”

It seems that Young Dae truly is destined for the screen! The actor told W Korea that back in middle school, he had received a handful of casting offers from agencies, of which he all declined. It wasn’t until he was a university student that Young Dae seriously considered acting as a career when he came across a life-changing opportunity during a school vacation. “My uncle owns a business and my agency head happened to come in one day,” he shared. “My uncle bragged to him about his nephew and showed him a photo of me.” And the rest is history.

But things weren’t as easy in the beginning. Young Dae had to actively convince his parents to allow him to take a two-year break from school so he could try his hand at acting. Thankfully, he pushed through with his decision as he made his debut in 2017 with the web drama Secret Crushes: Special Edition. After his first show as an actor, he then starred on various web dramas and television series such as It’s Okay To Be Sensitive (2018), The Penthouse (2020-2021), and Cheat On Me If You Can (2020).

5. He did his own swimming scene for "Extraordinary You"

Since his fateful start in the industry, Young Dae has truly proven himself fit for the field. His talent and dedication for the craft can be seen in the diverse set of roles he has filled in—from playing the enigmatic villain’s son in The Penthouse, to his role as a mischievous actor in Shooting Stars (2022). He especially showcased his skills in the romantic series Extraordinary You (2019), where he played Oh Nam-joo. In fact, as per an OSEN interview, one of his scenes required a stunt double since the character had to dive and swim through a pool, but since Young Dae knew how to swim, he was able to film without a stand-in (with the suggestion and approval of the director, of course).

Though Young Dae is often seen in serious roles like his character in The Penthouse, his real personality is far from such! He said in an interview, “The characters [I have played] so far have been really the opposite of my personality. I'm active and I like to play pranks.” His leading lady for Shooting Stars, Lee Sung Kyung, even gives us a gist of how playful and fun Young Dae is behind the scenes! For an interview with Elle Magazine, the actress shared, “If I’m the type who has a lot of spirit, Young Dae is the type to approach people and toss out cute jokes, which creates a really great atmosphere on set.” How adorable is that?

While he hustles, the talented actor also makes sure to take some moments for himself. Young Dae once said in an interview that with his busy schedule, he dedicates the late hours of the day for his alone time. He even shared his nightly routine! “When I go home after work, I fully enjoy my time and do a lot of things,” he said. “Sometimes I eat a little late-night snack while watching TV at night. Sometimes I have a glass of beer or whiskey, and I think quietly…”

8. His organization skills are impressive

During a What’s In My Bag video with Vogue Korea, we get a glimpse of how tidy Young Dae is. The actor’s backpack was arranged neatly, with his belongings sorted accordingly. He even kept some of his things in pouches to avoid clutter. “I like being organized so I can’t see things being all over the place,” he remarked. “I always organize it like this.”

Speaking of the contents of his bag, the actor even keeps some books inside for leisure! If you’re a bookworm, you’re in for a treat as Young Dae even gave his recommendations! In the same interview with Vogue Korea, he suggested browsing through Almond by Won-pyung Sohn and the Japanese novel Even If This Love Vanishes From The World Tonight by Ichijo Misaki.

With his undeniable talent and handsome looks, there’s no doubt that you’ll definitely want to see more of this skillful and lovable actor! Just head on over to his Instagram account, @youngdae0302, to see more of Young Dae’s magnetic charm!