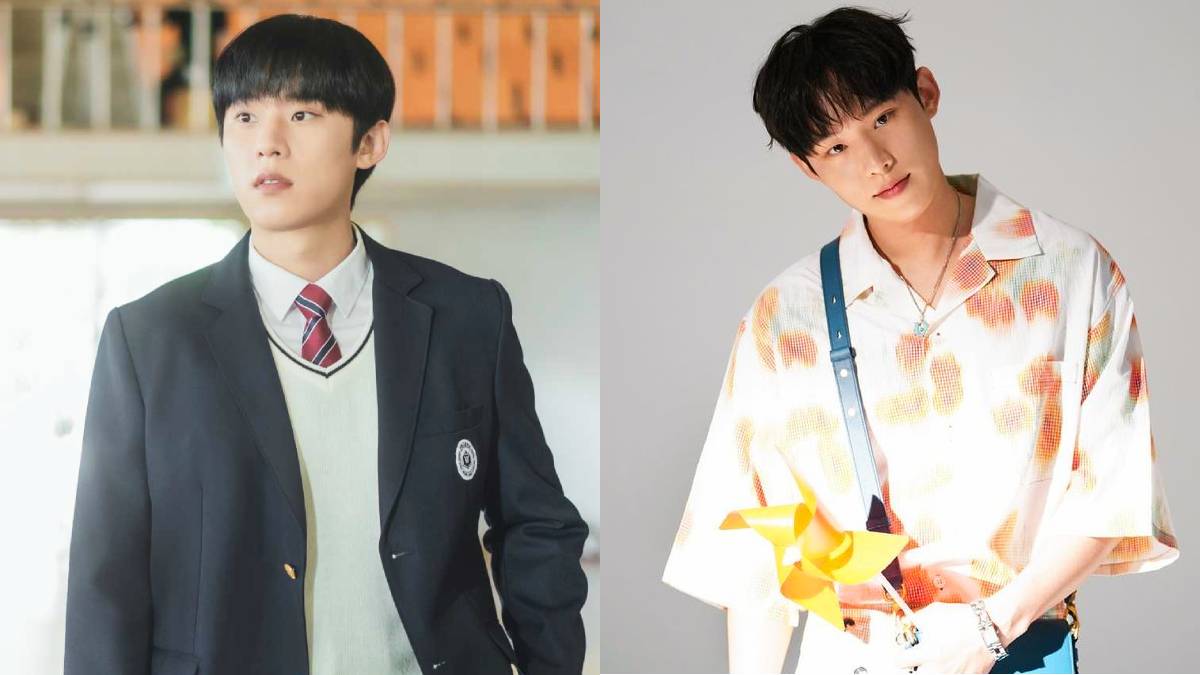 Netflix’s latest K-drama Our Beloved Summer has been making waves since its release in late 2021. With its heartfelt storyline, the show hits quite close to home as each character provides a unique insight into how love is manifested through their individual experiences.

We already did our homework on lead stars Kim Da Mi and Choi Woo Shik, but another cast member also caught our eye recently. Kim Sung Cheol, who plays the role of PD Kim Ji-woong in the aforementioned show, might be a familiar face to avid K-drama watchers. He’s portrayed various memorable roles in recent years, including his character in the widely acclaimed Vincenzo, revealing his dynamic acting range and proving he’s definitely a rising star to watch out for. Interested to know more about this multifaceted actor?

Here are 10 things you need to know about Kim Sung Cheol:

Sung Cheol was born on December 31, 1991, making him fall under the ever reliable star sign of Capricorn.

2. He was introduced to acting through theater.

Prior to landing television roles, Sung Cheol was known amongst theater goers for the countless roles he’s performed live on stage. In 2014, he starred in his first musical, Puberty, where he portrayed a character named Yong-man. He’s since appeared in 10 more plays and counting, including Shakespeare’s Romeo and Juliet as Benvolio.

3. He is managed by the same agency as actress Kim Tae Hee.

4. His breakout role came in the hit drama "Prison Playbook".

In 2017, Sung Cheol was cast as Kim Young-cheol, a man who frequently goes in and out of prison in the series Prison Playbook. Here, he acted alongside some of the brightest stars in the Hallyu industry, such as Park Hae Soo (Squid Game), Jung Kyung Ho (Hospital Playlist, Boys Over Flowers), Krystal Jung (Sweet and Sour), and Jung Hae In (Something in the Rain, Snowdrop). Since then, Sung Cheol has appeared in numerous shows, including the popular Sweet Home and the 2021 hit Vincenzo with the dashing Song Joong Ki.

5. He majored in Theater Arts.

Kim Sung Cheol earned his degree from the Korea National University of Arts. While a student at the university, he met and became well acquainted with fellow actors Lee Sang Yi and Kim Go Eun.

In the 2018 drama To.Jenny, Sung Cheol revealed his singing chops when he played the lead role of Park Jung-min, a man who confesses his love through music. Here, he acted opposite The King’s Affection actress Jung Chae Yeon.

7. He learned to play the cello for "Do You Like Brahms".

When he landed the role of Han Hyun-ho in Do You Like Brahms, the actor had to learn to play the cello for the drama. He mentioned in an article on Soompi that he liked that his character was a cellist, further explaining, “I’ve always admired classical music, but I’ve only listened to it. I never thought that I’d get the chance to perform as a musician.”

It’s always fun to hear stories about our favorite K-drama stars getting along. But when they become actual good friends with other well-known actors? Well, it’s a whole different excitement. During an interview, Sung Cheol and Sang Yi talked about their long-standing friendship, with Sung Cheol sharing, “We first met as college classmates and it feels like just yesterday that we were chatting about all our little concerns regarding dating and our futures. But the future we were dreaming about then has become a reality. There are often still times when I can’t believe it.”

You may know Lee Sang Yi as the charismatic PD Ji Seong-hyun from the 2021 hit series Hometown Cha-Cha-Cha, and it’s a funny coincidence that the two best friends have landed second lead roles as producers in their respective shows, with Sung Cheol starring in a similar role in Our Beloved Summer.

Much like others who are in the drama or K-pop industry, artists engage in physical activity to maintain their health and statuesque physiques, and Sung Cheol is definitely no exception to this. On his socials, Sung Cheol often shares videos and photos of himself working out in the gym despite his seemingly busy schedule. Talk about dedication!

When he’s not busy filming scenes for his latest dramas, like Our Beloved Summer, you can catch up with the actor on his Instagram @sungcheol2.