SHOP: The Preview Beauty Bag Is Officially Here and It's the Ultimate Steal|Read more »
Culture | By Kate Oabel - Mar 25, 2022

His singing voice will make you swoon! 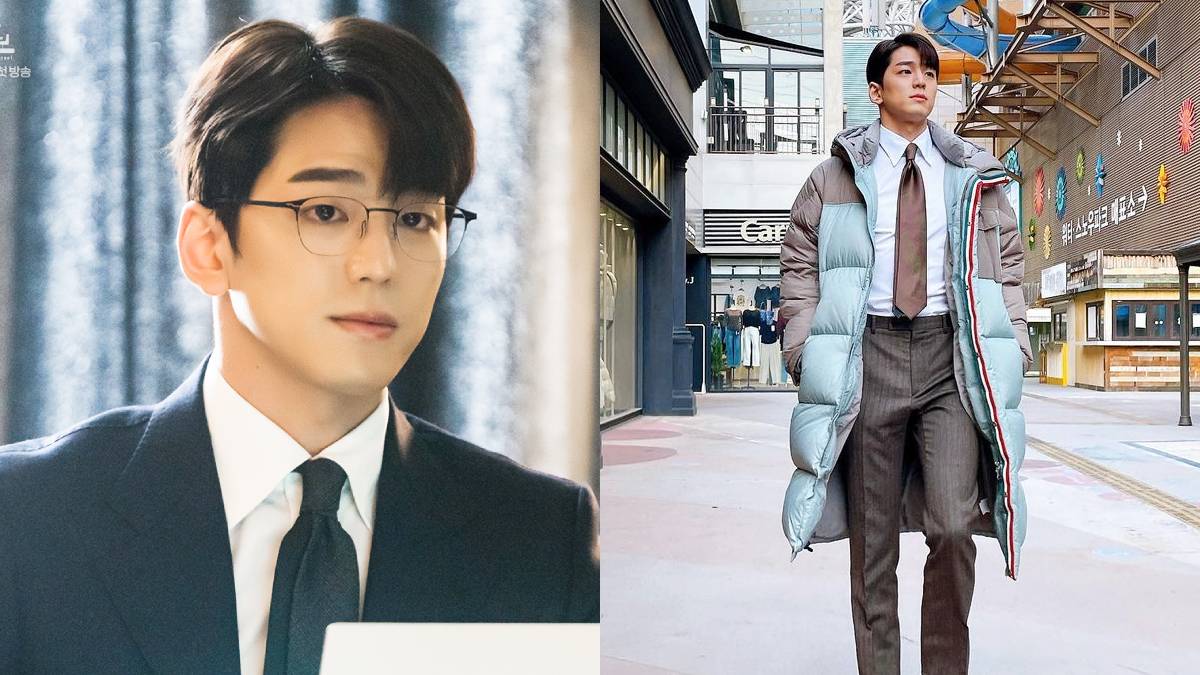 A loyal K-drama fan always keeps an eye out for a new Korean heartthrob to gush about. For the drama Business Proposal, Kim Min Kyu is definitely everyone's most recent discovery! He stole the show with his chiseled looks and growing onscreen chemistry with Seol In Ah. Although, this isn't the first time the actor has piqued the interest of K-drama watchers. From his charming role in Because This Is My First Life to his comedic character in Signal, Min Kyu’s trademark appeal is all about snatching our hearts. Dying to know more about him? We're way ahead of you.

Here are 10 things you need to know about Korean actor Kim Min Kyu:

Kim Min Kyu is a Christmas baby! He was born on December 25, 1994. As seen in his social media accounts, he stylizes his name as Min Gue.

2. He wanted to be a swimmer

With his physique, it’s no wonder Min Kyu wanted to be an athlete. He shared in an interview that he did freestyle and swam for almost 10 years. He even showcased his swimming skills on the variety show Cool Kiz On The Block.

Min Kyu debuted with a cameo role on the 2013 musical drama Monster. ICYDK, he also acted alongside Nam Joo Hyuk in Who Are You: School 2015. Make sure to spot his appearance as Joo Hyuk’s swimming captain!

Ultimately, his supporting role in Because This Is My First Life brought his name closer to mainstream audiences. Min Kyu starred with actress Jung So Min and portrayed her vibrant colleague, Yeon Bok-nam. This soon opened up more acting opportunities for him in dramas like Meloholic, Rain or Shine, Rich Family’s Son, Perfume, Snowdrop, and So I Married the Anit-fan. In 2019, he top billed the historical romance drama Queen: Love and War.

4. He’s appeared in a number of music videos

During his earlier years as an actor, he was also cast in various music videos for Korean artists. He appeared in Lim Jeong Hee’s Crazy and r&b artist Younha’s Run (Everland Version).

While he has acted in music videos before, he can definitely be the artist singing in them too! Min Kyu went viral for his I Can See Your Voice 4 performance back in 2017. With over 23 million views, people were captivated with his visuals and refreshing voice.

He has also recorded songs for the soundtracks of his own shows. This includes OSTs for the web drama Special Law on Romance and tvN’s Drunk in Good Taste.

6. He received an offer to become an idol

Yup, he’s that good of a singer. Unfortunately, he wasn’t keen on the idea of making music and was only open to releasing a song for a soundtrack instead (which he did!) Although Min Kyu confessed that he’s a “bad dancer,” he did try to show his moves once for an interview.

Min Kyu absolutely adores his two cats, Xian and Shami, who are frequent muses on his Instagram account. If that’s not enough, Min Kyu even had a whole photoshoot with them. Watch the BTS of their lovely shoot here!

8. He’s friends with a lot of K-pop idols

9. He likes to workout

Min Kyu spends his time at the gym when he's off duty. Of course, he’s very proud to show the result of his hard work, especially for his role in Business Proposal. Spoiler alert! If you’ve already watched Business Proposal’s popular gym scene, his agency uploaded a behind the scenes clip of the shoot on YouTube!

Can’t get enough of this charming guy? We hope to see him in more K-drama roles soon, but as the leading man this time around! For now, make sure to follow him on Instagram at @mingue.k as he posts everything from selfies, the food trucks he gets, behind the scenes of his projects, and more!

Did You Know? Kim Tae Ri Once Starred In This "controversial" Korean Movie