ICYMI: All the Times Bea Alonzo Had the Best Clapbacks to Bashers|Read more »
Culture | By Dara Ilaya - Mar 31, 2022

Loving her as Jang Joo-hee? 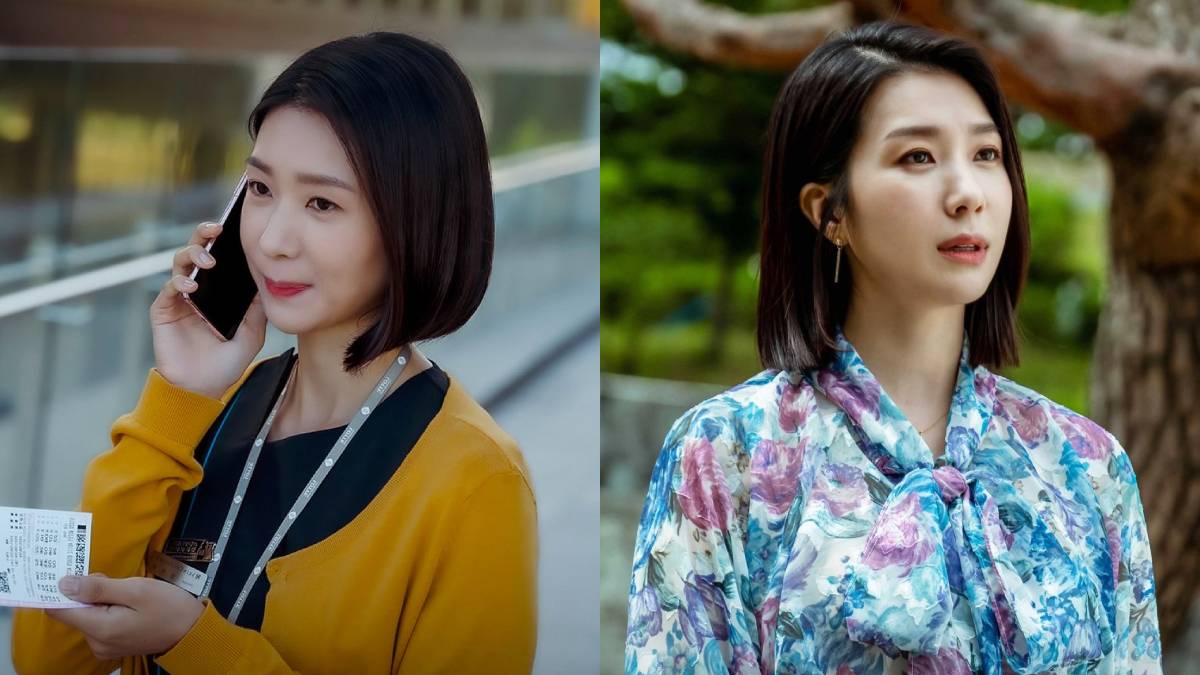 If Korean actress Kim Ji Hyun seems like a familiar face (hint: she had a small role in Hometown Cha-Cha-Cha), it’s probably because she has graced multiple shows already! With a career spanning over a decade, this Thirty-Nine leading lady is a seasoned actress who’s lent her talent to television shows, movies, and even theater productions. Thirty-Nine might be her biggest role yet, but with her versatility and tenacity, we’re certain she can go nowhere but up from here.

See Kim Ji Hyun's growth throughout the years with these 10 K-dramas and movies:

This romantic drama marked Ji Hyun’s silver screen debut, landing a supporting role as Lee Mi-ran. Albeit a side character, she added life to the love story of In-gu, a pharmacist who takes care of his mentally-challenged brother, and Hye-Ran, a debt-ridden woman who sells counterfeit products in a shopping center. True to its title, these two characters find solace in each other in the middle of their own chaos.

Based on real events, A Little Pond is an emotional take on the gruesome killings of South Korean refugees by the American troops during the Korean War. This historical retelling is inspired by the 2002 book The Bridge at Nogunri and the 2000 Pulitzer Prize-winning investigative report of the same name. The ensemble cast starred some of Korea’s leading actors at the time, including Ji Hyun with another supporting role.

FYI, Ji Hyun is also a musical actress, so if you want to hear her sweet singing voice, look no further than the movie The Box. She plays a singer named Na-na in this musical road film that also stars EXO’s Chanyeol. The Box takes us on an aspiring singer and a producers’ ride to overcoming their fears and finding their place through music.

Ji Hyun bagged her first ever lead role in Thirty-Nine, together with popular Korean stars Son Ye Jin and Jeon Mi Do. She plays Jang Joo-hee in this JTBC series, a timid cosmetics manager in a department store. Alongside her best friends Cha Mi-jo, a dermatologist in Seoul, and Jeong Chan-young, an acting coach, this trio traverse life, love, and loss while on the brink of turning 40.

This psycho-thriller series lures us into the world of Yoon Jae-hee, a daughter-in-law of a wealthy family, and how she navigates the complexities of ambition and power play. In this drama, Ji Hyun plays the edgy art gallery representative Lee Joo-yoon, a cold yet nervous persona that shows us an entirely new side of the actress.

Inspired by a 2017 webtoon, Backstreet Rookie is a romantic comedy about Jung Saet-byul, a former troublemaker who coincidentally applies for a job in a family-owned convenience store run by Choi Dae-hyun, a stranger she fell in love with three years ago. Also managing the store is Ji Hyun’s character Da-soon, Dae-hyun’s older sister.

This court drama revolves around Lee Tae-kyung, a star lawyer with a stellar record. His work usually involves minimizing sentences for the indicted elite, veering away from his original intention of getting revenge for his younger brother. He’s reminded of his original goal only when he starts investigating a case on the disappearance of a number of missing actresses. Adding to Ji Hyun's wide arsenal of roles is Cha Nam-sik, the Chief Inspector at the Seoul Central District Prosecutor’s Office.

Yoo Jin-gook, a detective who plans on quitting his job, takes on a female student’s murder case that was disguised as a suicide. He then becomes obsessed with the case, while his younger sister Yoo Jin-kang falls in love with a mysterious man with a forgotten past. As the story unfolds, their intertwined relationships slowly come together, along with the man’s regained memories. Ji Hyun plays a key character in solving the case as a sinister and manipulative sibling of an important suspect.

Technically a TV Movie, I’m Dying Soon is the sixth episode of an anthology series on the KBS network. It stars veteran actor Oh Jung Se who plays Choi U-jin, an office worker diagnosed with pancreatic cancer. With only three months to live, U-jin leaves his desk job and books a hotel suite to savor his remaining days. Sa-rang, his former co-worker, joins him in his fleeting journey and admits that she’s liked him all along. Playing a minor role, Ji Hyun joins the emotional film as Min-hee.

This period drama delves into the beginnings of Jejungwon, the first modern hospital in Korea in the Joseon Dynasty. Founded in 1885, the hospital accepted a class of students to be trained in Western Medicine. Among the medical drama’s cast is Ji Hyun’s Chwi-ran, which serves as one of the earliest TV roles that shaped her acting today.

Did You Know? Kathryn Bernardo’s Very First Role As An Actress Is A Young Version Of Bea Alonzo