JUST IN: Jinkee Pacquiao Is One Glamorous Ninang at a Wedding Wearing Accessories Worth at Least P10 Million|Read more »
Culture | By Khryzztine Joy Baylon for Pep.ph - Oct 7, 2022 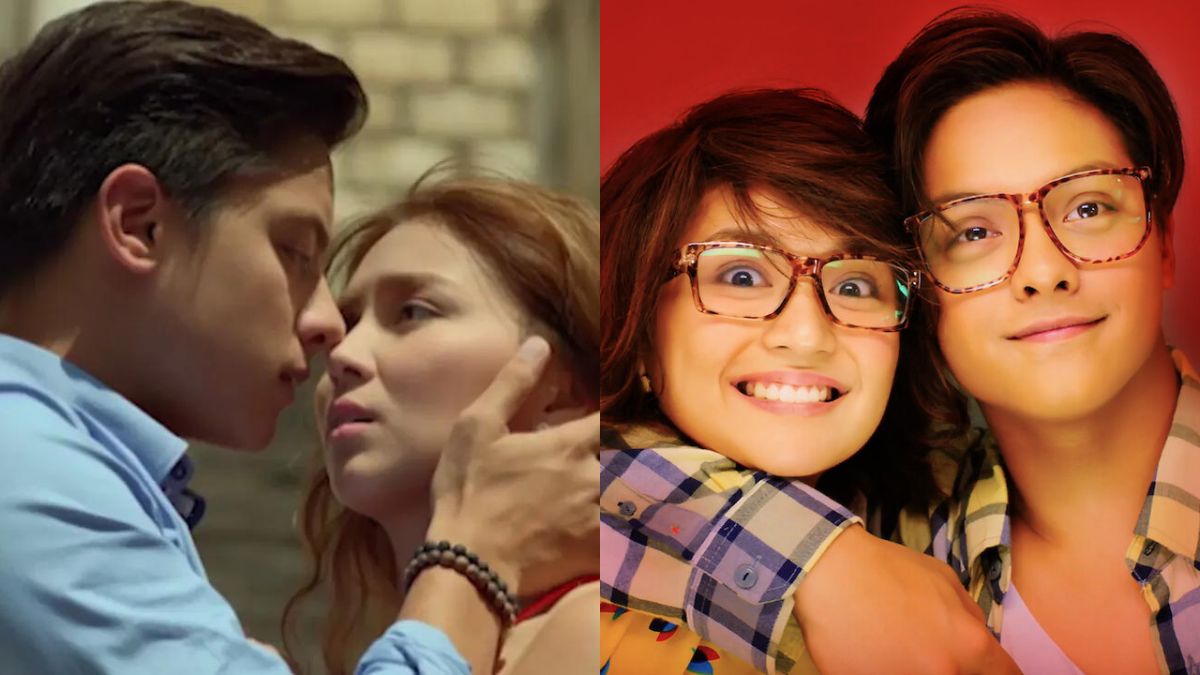 It's hard to believe it's been 11 years since the tandem of Kathryn Bernardo and Daniel Padilla rose to stardom as KathNiel! Their love team quickly garnered fame and admiration for their amazing chemistry on-screen, which soon became a real-life love story.

Individually, Kathryn and Daniel have also become two of the brightest stars of their generation. To celebrate their 11 years in the big screen, here's a look back at their movies that now stream on Netflix.

Kathryn and Daniel’s first movie starts as a story between two best friends.

In this film, Kathryn (Patchot) is a boyish teenage girl who falls in love with her childhood best friend, Ivan (Daniel).

Pagpag: Siyam na Buhay was a 2013 Metro Manila Film Festival entry starring Kathryn and Daniel, which was also their first thriller film together! It tells the story of a group of teenagers who find themselves fighting to save their lives from an evil spirit.

The Wattpad-inspired film She’s Dating the Gangster, shown in 2014, follows the story of Kenji Delos Reyes (Daniel) and Athena Dizon (Kathryn) coming to realize what true love means and what it costs.

In this film, Kathryn and Daniel are high school students who pretend dating to make Kenji's ex-girlfriend jealous, but in the end, they fall in love with each other for real!

Crazy Beautiful You was a 2015 teen comedy-drama film directed by Mae Cruz Alviar. In this film, Kathryn plays Jackie, a spoiled young girl with a rebellious spirit. Her mother (Lorna Tolentino) forces her to join their medical mission in Tarlac. There she meets Kiko (Daniel), a simple, hardworking guy assigned to be her chaperone. He also happens to be the illegitimate son of their mayor.

Fun fact: This was the movie where Kathryn and Daniel teased their fans about their possible first onscreen kiss.

Barcelona: A Love Untold was a 2016 romance-drama film directed by Olivia Lamasan.

This movie follows the story of Ely (Daniel) who can't get over his past and first love Celine who has died. In Barcelona, he juggles work with his studies as he aims to get his master's degree. He then meets Mia (Kathryn), a girl who sees Spain as a fresh start because of her past mistake. She is unbelievably Celine's look-alike.

One drunken night, Gab (Kathryn) and Dos (Daniel), decide to get married on a whim. A year later, Gab has already forgotten about her impromptu wedding and is now engaged to her longtime boyfriend (Matteo Guidicelli). She asks Dos to cut their ties so she can marry her fiancè without any issue.

However, while finding their way out of their secret marriage, Gab and Dos fall in love with each other.

The Hows of Us was a 2018 romantic-drama film directed by Cathy Garcia-Molina. This films follows the story of a young couple — George (Kathryn), a medical student who sets aside her priorities and dreams for her boyfriend Primo (Daniel), a young man dreaming of being a successful musician.

Their love will be put to the test as their relationship faces hurdles and misunderstandings.