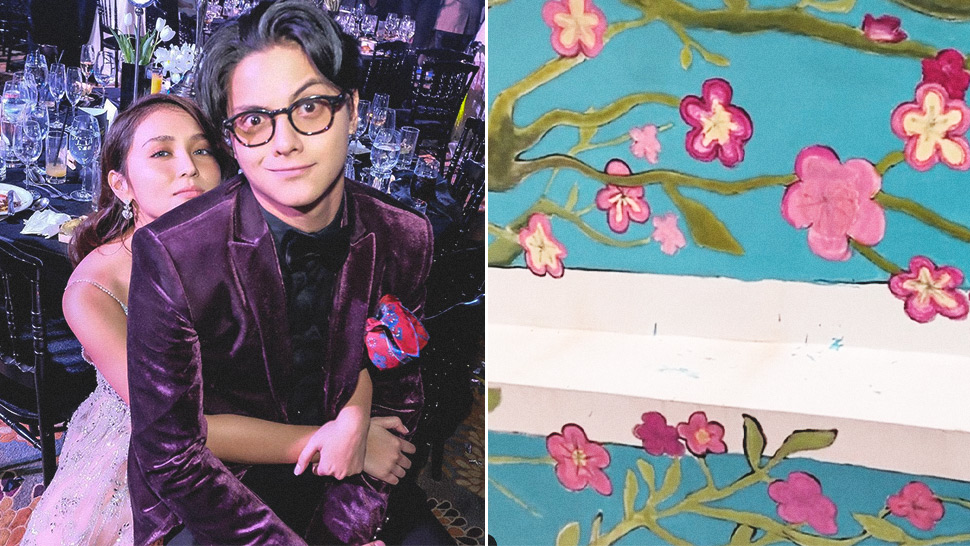 In case it slipped your mind, yesterday was Kathryn Bernardo and Daniel Padilla’s anniversary—their eighth, to be exact! If you were wondering why the two haven’t posted anything online, well, that’s because they decided to keep things low-key this year. But according to Kathryn’s mom, Min Bernardo, it turns out that the two celebrated with a simple, at-home activity: painting a floral wall mural!

It seems that this mural has been a project of theirs for some time now—perhaps a joint passion project of the two? Whatever the case, it looked like their artsy anniversary celebration was truly a bonding moment, not only between the two but with Kath’s family as well. Fans even reached out to the couple and graciously had food delivered to them, which made the occasion even more special!

Oh, and the mural wasn’t the only thing on the walls that celebrated their relationship! In the last photo of mommy Min’s IG post, look closely and you’ll see sheets of paper taped to the walls (with messages for the two, perhaps?), plus a few polaroids above the door that are presumably photos of the couple!

Kathryn and Daniel announced only last year that they’ve been in a relationship for more than five years. It was then revealed last year, when Kathryn wrote a heartfelt message for Daniel, that they’ve, in fact, been together for seven years.

In that message, Kath likened Daniel to many of his TV characters, including Joaquin from Got to Believe (2013), Kathryn’s love interest. It was probably the show that turned many viewers into a #KathNiel fan. If you can recall, Kathryn played the role of Chichay, a mural artist—and this only makes their seemingly simple celebration rife with meaning! Fingers crossed that they share their side of the story on social media soon, but we’re happy they got to celebrate nonetheless.