LOOK: Here's How (and Why) Bela Padilla Decided to Uproot Her Life in Manila and Move to London|Read more »
Culture | By Jam Nitura - Jun 19, 2020

The actress is traversing a completely new genre. 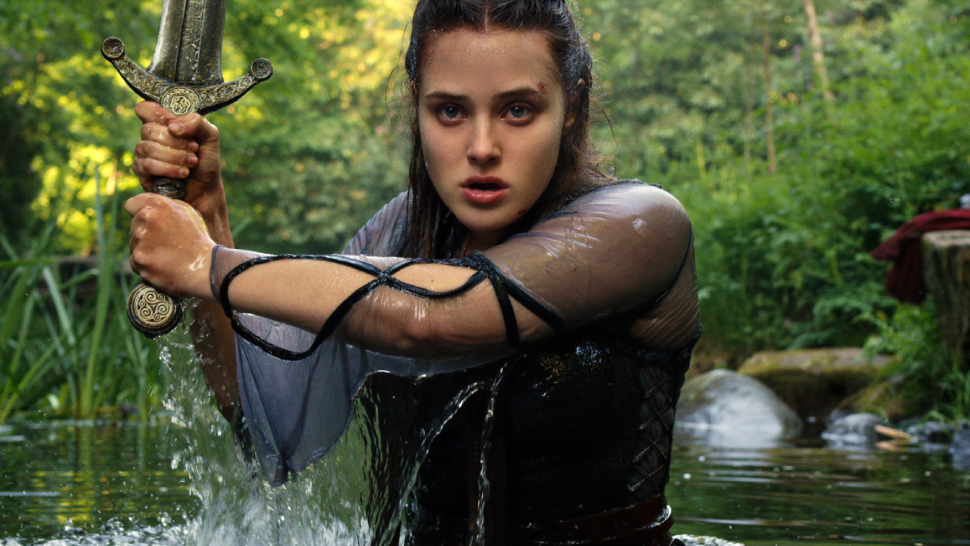 Katherine Langford may have made a name for herself in 13 Reasons Why but the actress is ready to step out of the problematic show’s shadow, unironically, with yet another Netflix original. The 24-year-old is taking on the role of a fearless enchantress on Cursed—a fantasy drama based on the New York Times bestselling book by Thomas Wheeler. The plot paints a reimagining of the classic Arthurian Legend that features characters you probably first heard of in your high school literature class like Merlin, Lancelot, and the titular King Arthur.

The English tale dates back to medieval times. It’s also seen countless adaptations throughout the years in the form of novels, TV shows, and movies, so you’re probably thinking: What makes Cursed so special as to warrant taking up a few hours in your day? For starters, instead of having the three aforementioned men take on the lead, the series revolves around a woman instead, namely Katherine’s character Nimue who’s described by Netflix as “a young woman with a mysterious gift who is destined to become the powerful (and tragic) Lady of the Lake.” FYI, the Lady of the Lake plays a pivotal role in the Arthurian legend as Lancelot’s guardian. She’s also the one who entrusts Arthur with his legendary sword, dubbed Excalibur.

While already a developed force of nature in the original stories, Cursed in the meantime, writes Nimue’s coming-of-age along with the events that take place before she meets her well-told fate. If that’s not enough to convince you to hunker down for all of its 10 episodes, Katherine herself provides us with a compelling reason. “In such surreal times it’s nice to bring some levity and some entertainment. But also, in many ways it touches upon some of the issues that are quite prevalent today, and I think it will resonate with audiences regardless of whether you are drawn to the genre or not,” the actress tells Preview.

Gustaf Skarsgard, who plays the famous wizard Merlin on the show echoes Katherine’s sentiments in great detail, proving that a tale dating back centuries ago remains painfully relevant today. “You get to escape into a fantasy world for a while so there’s an element of escapism. But thematically it’s also highly relevant,” he says. “It’s about the oppression of people, and religious oppression. It’s also about the obliteration of the natural world, the legitimacy of power, and the prosecution of minorities.”

See more first look photos from the show below.

You Can Now Choose "distancing Seats" When Booking A Flight

This Is Not A Drill: Uniqlo's Online Store Is Finally Here