DID YOU KNOW? Dimples Romana Opened a Restaurant in Singapore and We Can't Wait to Visit in the Future|Read more »
Culture | By Paul John Caña for Esquiremag.ph - Dec 2, 2020 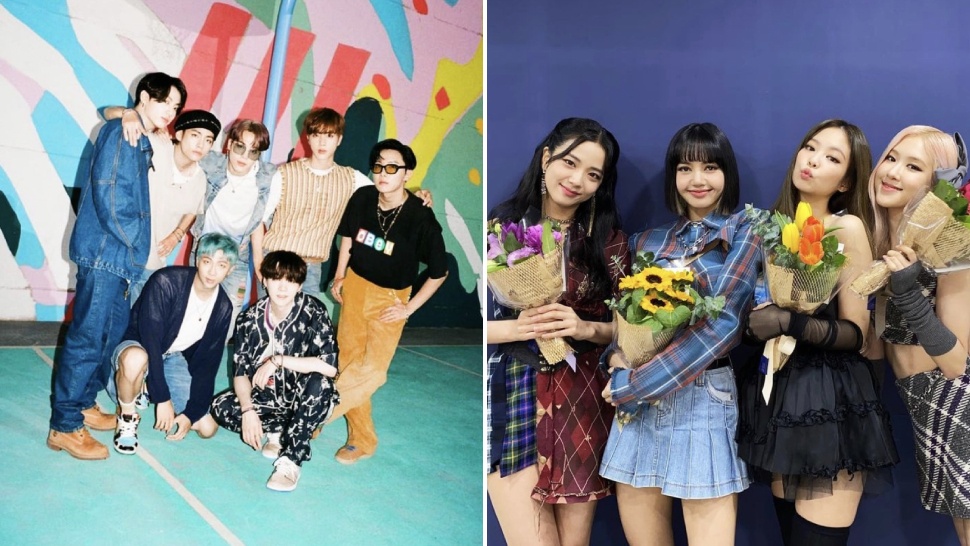 If you’ve ever liked, even LOVED, a musical artist, you’ve likely supported them by buying their music, watching their shows online or live, or even buying stuff like their t-shirts, mugs, stickers, and the like. We’ve never actually given thought to how much more we actually spend to demonstrate our fondness, sometimes even obsession, with the artists who make our world so much more vibrant and colorful.

But now, there’s an actual study that attempts to put an amount to our devotion to our musical idols. Specifically, to supporters of the most popular K-pop groups today, which is a worldwide phenomenon that is showing no signs of slowing down. The three groups are BTS, Blackpink, and Twice.

Meta-search website iPrice measured how much a K-pop superfan spends if they bought all of the artists’ albums and at least one merchandise per shopping category, as well as attended one concert per year. The company is able to do this by getting the average price of each category in its database of products and combining it with data on merch prices from fans’ sites such as Bt21 Fans. Concert tickets, meanwhile, are calculated based on the average price of all sections or tiers from each concert tour, while the price of the groups' albums are limited to studio albums and EPs based on the list of each band's discography on Wikipedia. The album price information is obtained from four international music stores (KTown4U.com, CDJapan.co, Target.com, YGex.jp). 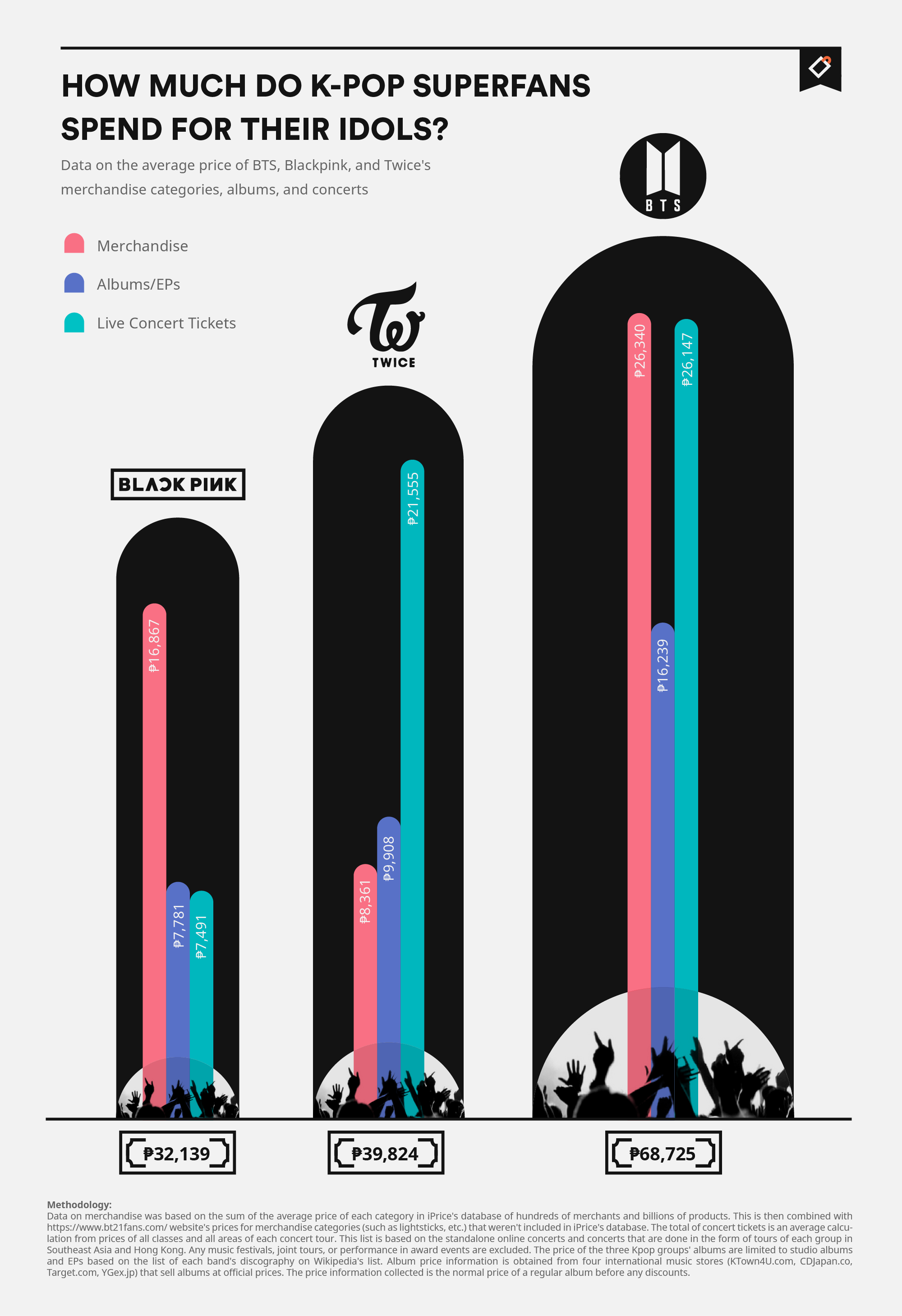 Which K-pop fan group can spend the most?

Based on these measures, a devoted member of ARMY—the name for fans of pop group BTS—is likely to have already spent an average of P68,725. The breakdown: at least 15 studio albums and EPs, attended five concerts, and purchased numerous merch.

Just for comparison, the latest iPhone 12 Pro can cost P68,000 if you search for it on iPrice.

Fans of Twice, or “onces,” on the other hand, can spend up to P39,824. The girl group has come out with 14 albums, and if you add merch, 14 albums, and attending at least four concerts, it’s easy to see how being a fan can set you back by that much.

Meanwhile, Blackpink fans, or “blinks,” can spend up to about P32,139. According to iPrice, the amount is much lower than a BTS ARMY or Twice fan, because Blackpink is a relatively younger group that has come out with fewer albums and done fewer concerts.

After music distribution was upended by digitalization, artists have had to supplement their income more with ancillary income streams, including doing more live shows and selling merchandise. K-pop fandoms in particular are inundated with countless items that bear the names and likeness of their idols—from home and decor items, lomo cards, phone cases, clothing, and many more.

According to iPrice, if a superfan is devoted enough to purchase one item per shopping category (i.e. buys one light stick, a shirt, a lomo card, and so on), that person can spend up to P26,340 if he is part of the BTS army. A blink would spend about P16,867 on merch, while a once would spend P8,361.

One other finding of the study: purchasing albums is apparently the least costly, which is good news for fans who show their support and appreciation for these groups through their music. If an ARMY buys all of BTS’s albums, he or she will spend up to P16,239, while it’s P7,781 for Blackpink fans, and P9,908 for Twice fans.

Finally, while live concerts have been put on hold because of the pandemic, iPrice calculated how much K-pop fans would spend on tickets anyway. If a super fan was able to buy one concert ticket a year to see their idols, it would cost them an average of P26,147 for BTS, P7,491 for Blackpink, and P21,555 for Twice.

This Ice Cream Flavor Is Perfect For Serious Coffee Lovers