6 Must-Watch K-Dramas with the Most Shocking Plot Twists

You'll never guess how these dramas will end. 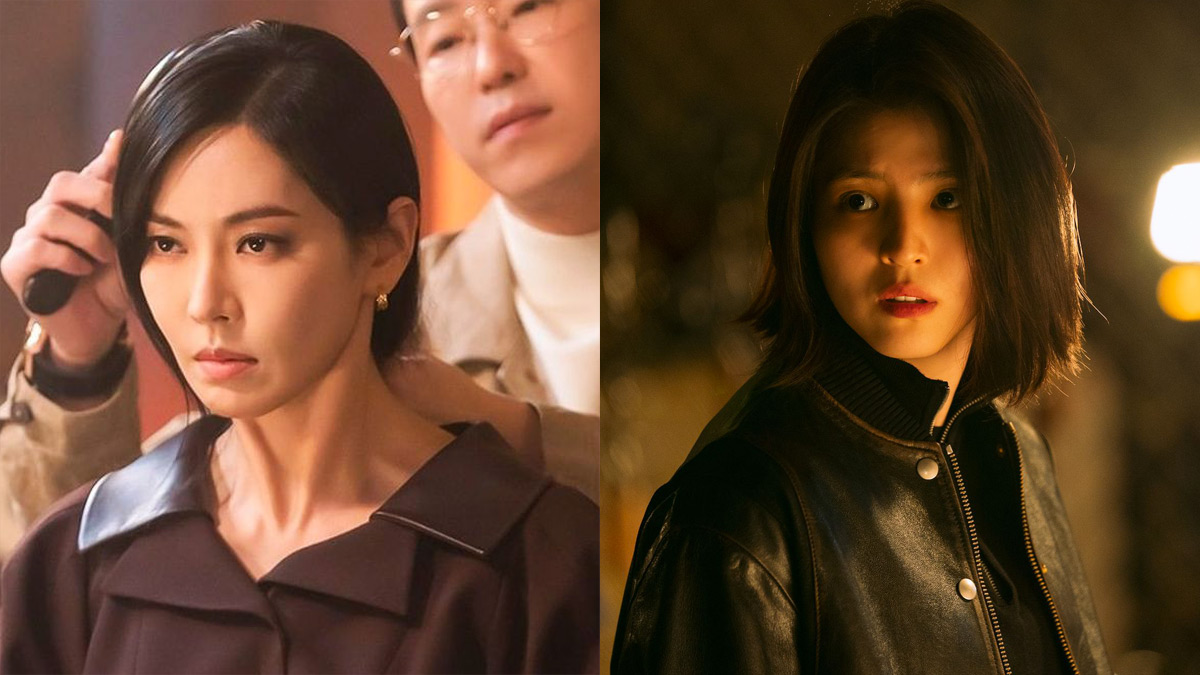 IMAGE (LEFT TO RIGHT) The Penthouse/SBS, My Name/Netflix
You'll never guess how these dramas will end.
Shares
Share
Tweet
Comments

Have you ever watched a K-drama so thrilling that you end up stabbing the air with an imaginary knife? Some series have the power to change you into a different character after you watch them, and most of the time they're under the revenge genre! Whether the plot involves rich families or an Italian mafia consigliere, these shows about vengeance will definitely end up on your list of favorites.

Here are six recent K-dramas centered on revenge and where you can watch them:

Where you can watch it: Netflix, Viu, iQIYI

Who can resist a makjang (exaggerated) K-drama when it's about the lives of the rich and famous? This series ran for three seasons and received high viewership ratings, and that says a lot about why you should watch it. The Penthouse focuses on the residents (Kim So Yeon, Eugene, Lee Ji Ah) of a luxury penthouse apartment called Hera Place and their ambitions for their children. You'll be entertained by how competitive and resentful they are and at the same time, your blood will boil because of their decisions in life. Classical music is part of the theme, too, so expect the characters belting out songs as they frustrate you.

P.S: We're still not over the final episode!

With eyes that could kill and the skills of a mafia, Vincenzo Cassano (Song Joong Ki) is someone you wouldn't want to mess with. Driven by the goal to claim his hidden treasure in an old building, Vincenzo meets all types of people—some he adored and some he hated. There's a scene where he was so furious that even the villains (you'll be surprised by their transformation) were shaking in fear! If you're a bit uneasy when there's a lot of blood involved, don't worry: Vincenzo is also injected with comedy to make it less disturbing.

If something uneventful happens in your life, who are you going to call? The Rainbow Taxi Company! Lee Je Hoon leads the pack as Kim Do Ki, a taxi-driving vigilante with a tragic past when his mother was brutally murdered. This motivated him to join the taxi company and with their help, he plots revenge for many clients including abused employees, disabled workers, and victims of school bullying. The shocking plot twist: The criminal cases here are based on true stories.

One ordinary day, Yoon Ji Woo (Han So Hee) witnesses his father's death right before her eyes. To seek vengeance for him, she infiltrated the police force in search of the suspect. Here's the interesting part in My Name: Ji Woo is also a member of South Korea's biggest cartel but since we don't want to spoil you, let's just say that she can only trust herself. If we're going to be honest, we kind of predicted one of the revelations but you'll be picking your jaw on the floor once you discover the real job of Ji Woo's dad.

Where you can watch it: Netflix, Viu, iQIYI

True to its title, A World Of Married Couple tells the story of a marriage that seems to be perfect. Ji Sun Woo (Kim Hee Ae) and Lee Tae Oh (Park Hae Joon)are thriving in their careers, they live in a nice place, and they have a good relationship with their only son. But things took a 180-degree turn when Sun Woo found out that Tae Oh is cheating on her, and he chose the mistress (Han So Hee) over his family. This series discusses the relatable problems of a married couple, the reason why it's the highest-rating K-drama in history.

Looking for a revenge K-drama that's not as intense and is more motivating? Then Itaewon Class is perfect for you! Set in the colorful neighborhood of Itaewon, South Korea, the JTBC series revolves around Park Saeroyi (Park Seo Joon) and his journey in life. It all started when his father was killed because of a CEO's son (Ahn Bo Hyun) which drove him to seek vengeance and be more successful than the chaebol. Did he achieve his goal? Yes, and it was so satisfying! You have to watch Itaewon Class not just for the storyline but also for the many lessons you'll learn.

7 K-Dramas That Were Cancelled or Cut Short

Did You Know? Opm Band Orange & Lemons Had To Change Their Name Thrice