SHOP: The Preview Beauty Bag Is Officially Here and It's the Ultimate Steal|Read more »
Culture | By Em Enriquez - Jan 15, 2022 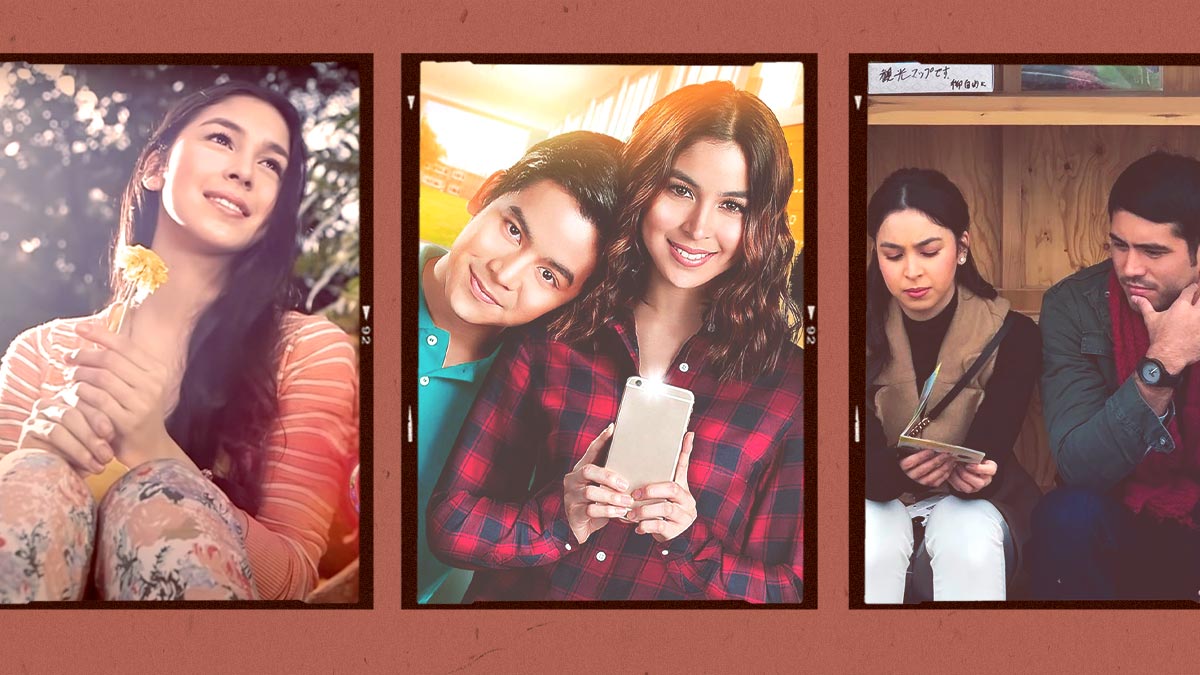 Just her surname is enough to tell you how much starpower runs through Julia Barretto's veins. Coming from a showbiz powerhouse of a family, the 24-year-old is no stranger to whatever drama occurs in front or behind the camera. Nonetheless, she remains poised, sweet, and ready to take on roles that exhibit her range as a thespian (even if she has The Juju Club, her own business, to attend to, by the way).

In fact, she just wrapped up filming Expensive Candy, a thrilling new movie with Carlo Aquino. While we eagerly wait on its release, it would be a great idea to reminisce on all the past characters we got to know her through.

No Filipino kid's childhood is complete without the friendly alien, Kokey. Ten-year-old Julia had her on-screen debut in it as Anna, one of Kokey's earthly companions that helped him in completing his mission to fly back home.

Fun fact: The 2007 teleserye that Julia was a part of was actually a remake of the original 1997 film, where a young Carlo Aquino played one of the alien's first human friends. What a coincidence that in 2021, the two actors find themselves working together on a project!

Seven years later, Julia landed her first titular role as MiraBella, or simply referred to as "Bella". In this fantaserye, Bella grew up being tormented for her wood-like skin, which she was born with due to a curse laid on her late mother (Dimples Romana). In her teen years, she discovers a power that temporarily breaks the curse, which she uses in her journey to become an aspiring model.

In the film that launched Julia into prominence, she played Kath, an attractive young lady who's the apple of both Vince (Joshua Garcia) and James' (Ronnie Alonte) eyes. Adapted from a popular online series, the 2016 Metro Manila Film Festival entry told a modern-day love triangle story that charmingly unravelled through text messages. Can't get more Gen Z than that!

Banking on Julia and Joshua's endearing chemistry in Vince and Kath and James, the following year saw them as unlikely duo Mika and Caloy. The two go on a once-in-a-lifetime roadtrip, getting to know one another's beliefs, hopes, and what makes the two of them more similar than they initially think.

The pairing once again joined forces to play supporting characters in Sharon Cuneta and Robin Padilla's reunion film. As Patty (Sharon) and Cocoy (Robin) try to rekindle a 35-year-old romance, Jason (Joshua) attempts to ignite one with Yanni (Julia).

Starring alongside the Queen of all Media, Kris Aquino, the love team played rival assistants to high-profile socialite Sasha Imperial. Joko (Joshua) starts to grow fond of Zoey (Julia), but he can't let her know how he feels since he's made everyone think that he doesn't swing her way.

Branching out to the small screen, the ex-love team ticked all the boxes of what Pinoys look for in a teleserye with Ngayon at Kailanman. In it, Eva (Julia) toils endlessly to uncover the masked truths behind what happened to her parents, and along the way, discovers how intertwined her life is with that of Inno's (Joshua).

In her first project with her current beau Gerald Anderson, Julia portrays Hazel, a model who flew to scenic Japan for some alone time. She ends up finding herself in the company of a kababayan named Louie (Gerald) and starts a playful fling with him. Eventually, Hazel has to decide whether or not to return to her life at home, or to continue what she and Louie started.

Where to watch: Netflix, IWantTFC

Julia definitely achieved quite the feat portraying both Elise and Rose in this thrilling teen drama. Viewers will definitely be pushed to the edge of their seats witnessing the characters try to solve a mystery that couldn't possibly just be a string of coincidences.

Where to watch: IWantTFC

Who could resist a good ole zombie flick, right? JoshLia plays PJ and Lucas, two students who lead their classmates out of their undead-infested school. The action-packed movie is by Mikhail Red, who's most known for directing cinematic masterpieces such as Birdshot and Eerie.

Where to watch: Vivamax

Fully owning her status as a leading lady to watch, Julia plays Yanna, a free-spirited girl who inherits a peculiar ability to see how much time a person has left in their lives. As she gets romantically tangled in between Mico (Marco Gumabao) and CJ (Marco Gallo), she starts to question if the power she has is a gift or a curse.

Where to watch: TBA

Avid fans can look forward to seeing Julia in what will most probably be her most mature and daring role to date. Playing the namesake of the film (yes, she'll be called Candy), the 24-year-old star links up with Carlo Aquino in a JP Laxamana-helmed feature film revolving around the sex work industry.

Aww! This Baby Has The Cutest Kakanin-themed Photoshoots And We're Obsessed