SHOP: The Preview Beauty Bag Is Officially Here and It's the Ultimate Steal|Read more »
Culture | By Cath Madrid - Apr 1, 2022

It was an unspoken ritual between the two. 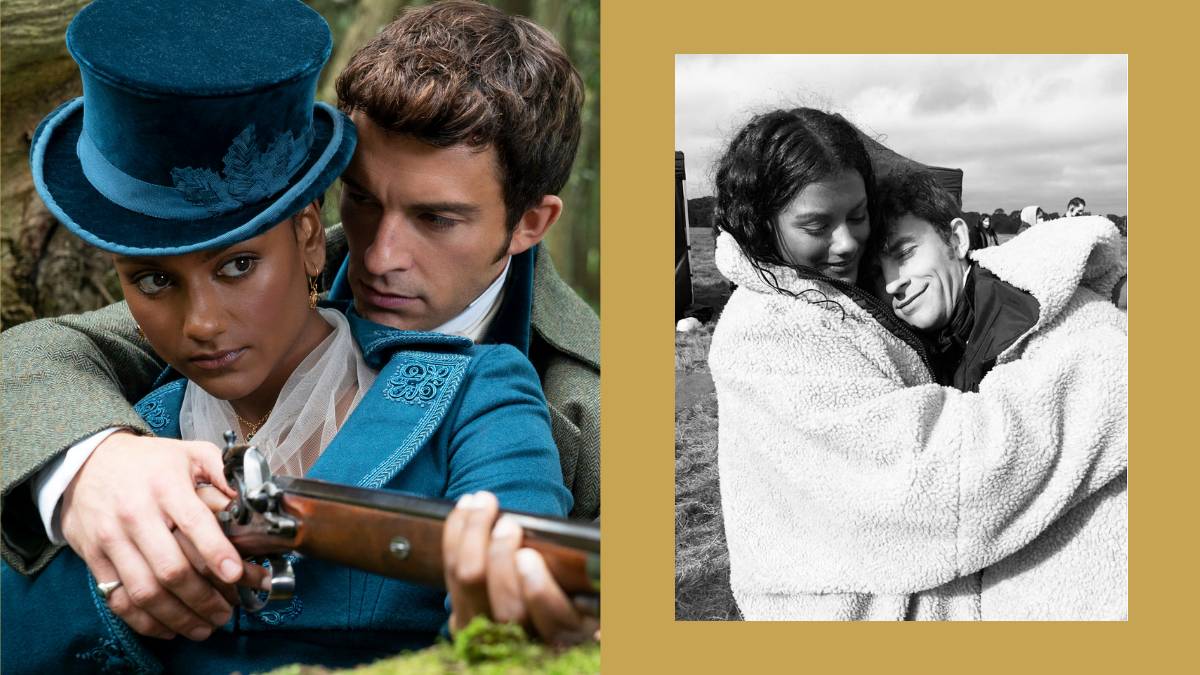 There’s nothing quite like a diamond that dazzles its admirers just like the Netflix series Bridgerton does. With its elegant ball gowns, breath-taking scenery, and electrifying romances, Bridgerton is a timeless treasure that beckons everyone’s affection. While the Netflix hit continues to enchant viewers with its much-awaited second season, it’s the stories behind the scenes that make the series the gem that it is.

In true diamond-like fashion, the newest installment of the world-renowned Netflix series was formed under intense pressure. As per Variety, the production of Bridgerton was done during the COVID-19 pandemic, which was far from easy. Shooting was even halted twice as two people tested positive on set.

We get the gist of it from Lady Whistledown herself. In an exclusive interview with Preview, Nicola Coughlan, who plays Penelope Featherington, the stirring undercover gossip writer of the ton, shared that being on set was a huge commitment that involved strictly observing health protocols. “I didn’t see my family the whole time I was filming, I wasn’t able to go back to Ireland,” the actress stated. “You don’t go out because you’re so scared of getting [the virus] and shutting down production and you realize what it’ll mean.”

Alongside this, the cast also had limited opportunities to bond because of COVID restrictions. This rings true, even for lead actors, Jonathan Bailey and Simone Ashley, who play Anthony Bridgerton and Kate Sharma respectively—the couple behind this season’s gripping love story. While they spent a lot of time together on camera, Simone shared to Glamour that she and Jonathan barely had time to hang out outside the set.

Nevertheless, the circumstances didn’t stop the cast from showing their affection for one another! Simone told Glamour UK that Jonathan made her feel welcomed when he left a beautiful bouquet of flowers in her trailer, since she was a newcomer this season. As a token of gratitude, the actress then sent Jonathan his favorite snacks until it eventually became a shared routine between the two. “We had a very unspoken rhythm going on in that sense, leaving gifts in each other’s trailers,” Simone said. How cute is that?

On camera, they’re partners who support one another, even with the limited time they spend together off screen. Jonathan shared to Netflix, “Simone and I have that connection naturally, and we have from the moment we met in our audition.”

Jonathan also made sure to welcome co-star and newcomer Charithra Chandran, who plays another new character you’ll absolutely adore—Kate’s gentle younger sister, Edwina Sharma. The role completes the love triangle for this season as Anthony first sets his eyes on her as a potential wife before he inescapably falls in love with Kate.

In an online fan event by Netflix, Charithra shared, “Before my chemistry read with him, [Jonathan] just messaged me on Instagram to say good luck, not to worry, and that he's rooting for me.”  For this cast, love and support is portrayed not just in the stirring scenes Bridgerton is known for, but also outside of it, in real-life, tangible moments.

If there’s a single phrase that encapsulates the cast’s experience of filming under the constraints of COVID-19, Nicola summed it up fully in five words: A definite labor of love. “The thing is it was worth it, because it’s such a wonderful show to work on,” Nicola told Preview. “We all really care about [the show]. So everyone was really happy to make those sacrifices.”

Such a sentiment is echoed by Nicola’s co-stars, Jonathan, Simone, and Charithra, as they sat with Preview for a quick chat as well. Relishing their hard-earned success after a long process, they talked about the importance of the Netflix hit in the bigger picture.

“How wonderful is it that we’re having these conversations and that shows like these are being made where we are representing minorities?” Simone remarked, especially since her character, Kate, is of South Asian descent. This brings diversity to the series, since such representation is not often seen in Regency period dramas.

“Bridgerton is here to tell you that actually casting thoughtfully, casting diversely, trying to include people that are often marginalized, works,” Charithra added. “People love it, it's successful, and we should be doing more of it.”

As for Jonathan, he shared, “[It] feels brilliant to be able to sit here and know that you’re a part of something that brings positivity across the board.”

You can now stream the second season of Bridgerton exclusively on Netflix.

It's Official: Hyun Bin And Son Ye Jin Are Married!