“You don’t have to like me. But at least give the respect…" 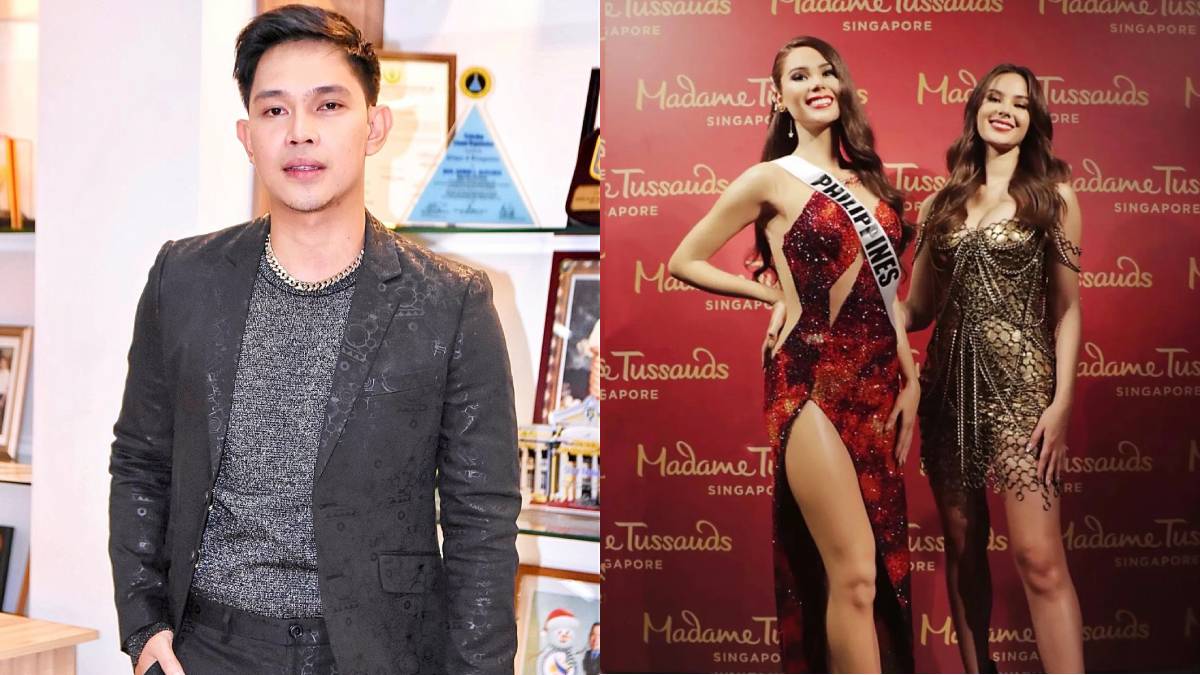 A day after the event, however, the figure immediately became the topic of controversy when Filipino designer Jojo Bragais wrote a cryptic post on his Facebook page that has now gone viral. “You don’t have to like me. But at least give the respect… #waxIn #waxOut,” he wrote on his account.

Due to the hashtags, pageant fans connected the post to Catriona’s wax figure, which features a copy of the original winning look the beauty queen had on when she was crowned Miss Universe. This includes an exact replica of the Mayon Volcano-inspired red gown crafted by Mak Tumang and the nude pumps designed by Bragais himself.

As per Madame Tussauds Singapore, Catriona donated the shoes to the museum to complete the look for the wax figure.

She thanked Mak for recreating the famed lava gown on her social media post about the milestone, but no mention about Bragais’ contribution to the figure was made. She also acknowledged the team that helped her get ready for the event, writing, “Glam by @jellyeugenio @hairbybrentsales @justine.aliman19 @styledbypatrickhenry, who styled me in this stunning @jaggyglarino creation.”

Preview reached out to Bragais but the designer declined to comment on the matter any further.

A renowned talent in the pageant world, Bragais has designed shoes for a number of Pinay beauty queens, including Catriona Gray, Shamcey Supsup,  and Katarina Rodriguez. In 2020, his brand became the official footwear sponsor of the 69th edition of the Miss Universe competition.

Most recently, American actress and singer Laura Marano donned one of his creations for her guesting on The Kelly Clarkson Show. Tagged by the personality on social media, Bragais expressed his thanks to Laura in another Facebook post that reads, “Thank you for tagging me. Means a lot! Simple happiness ng artist, for them to get credit on pieces of art na binigyan ng time and puso."

Meanwhile, Catriona Gray has yet to give her comment on the controversy.

This Charming Neighborhood Cafe Is Perfect For Your Next Summer Date