SHOP: The Preview Beauty Bag Is Officially Here and It's the Ultimate Steal|Read more »
Culture | By Nikko Tuazon for Pep.ph - Feb 26, 2022

She felt that she was too "ferocious" for the pageant back then. 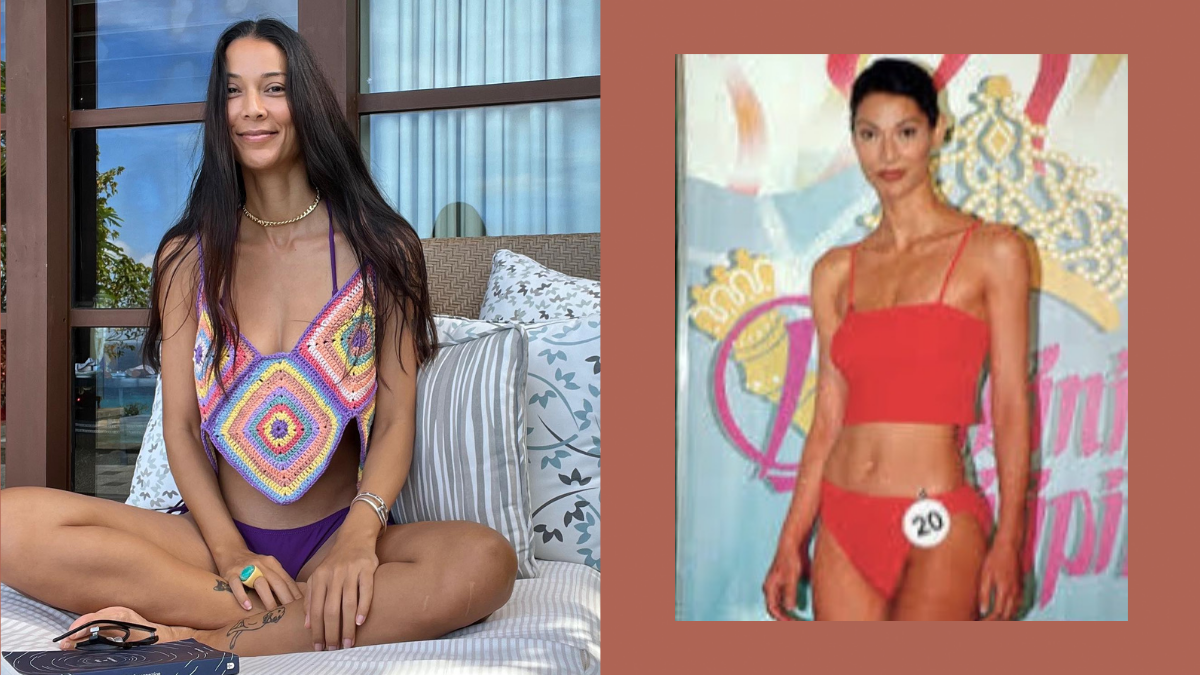 IMAGE Instagram/joeymeadking
She felt that she was too "ferocious" for the pageant back then.
Shares
Share
Tweet
Comments

Back in 2001, Joey Mead King was pegged to be the shoo-in winner for the Binibining Pilipinas-Universe title. However, the 5'10" Filipino-Iranian stunner was disqualified by the Binibining Pilipinas Charities, Incorporated (BPCI) reportedly for the following reasons: having dual citizenship (Australian and Filipino); her age, as she was 26 at the time; and her sexy photo shoot with FHM Singapore.

Her pageant phase is part of Joey's tell-all memoir titled Runaway Model, which she co-wrote with Lara Parpan under Summit Books. In her recent interview with PEP.ph (Philippine Entertainment Portal) and other Summit Media titles, Joey said she is grateful for pageant fans who still remember her short but sweet experience as an aspiring beauty queen.

She said, "I think, every year when Binibini happens, I’ll always be tagged in a photo or someone will find that old photo of me online with, my god, number [20] in my tankini outfit."

Joey revealed she gave pageantry a try after some friends encouraged her to try something new after signing out as a VJ for Channel V. But she admitted that, initially, her heart wasn't fully into it.

Joey recalled, "I did [try]! I just felt that I was at a part of my life where I needed to have change. I had lost my job at Channel V. And I was recommended by my friends to join Binibini. "But I was recommended to join because there was a certain look that was uso at that time, and I fit the look. So, I guess, I was joining something because I was recommended, but I wasn’t fully, like, wholeheartedly into it."

"So in a way, it was good that it didn’t pan out for me because I wasn’t 100 percent in it. It was just because, 'Let’s see where this goes.'" At her age, Joey was viable only for the Binining Pilipinas-Universe title at that time.

Even with all the challenges, Joey made the effort to do everything she could to complete the necessary requirements for the Binibining Pilipinas 2001 pageant. Joey admitted that she did feel a sense of regret for not being able to compete in the pageant, especially since she felt confident about the question and answer portion.

She told PEP.ph, "[They] took me out and I... I did all that I could, it wasn’t meant for me." The former Asia's Next Top Model judge and mentor later added, "It wouldn’t be great to continue, but what a lot of people don’t know is that I was only viable for one title. "So it’s such a risk for me, I was only viable for Miss Universe. I really thought I’d knock out the question and answer portion, I really did."

Joey believed the organization wasn't ready for someone "ferocious" like her to join the pageant. "Maybe if I joined it in 2006, 2007, those years were way past the age limit where Binibini now loves to have very outspoken and, you know, representatives. "I feel like at the time, they’re a bit careful. I think I worried everybody. That’s what I wrote [in the book] and then, when I look back on to what I wrote, for my presentation, to the committee, naturally they’ll be like, 'Uh-oh!,' 'That girl’s too much, take that title!'"

Joey just accepted that the crown wasn't meant for her, even if she had done everything she was expected to do to make it to the pageant. Looking back, she felt there could have been many reasons why things turned out the way they did. She said, "Yeah, it was just not meant, but I did everything legally to be part of it. I attend the auditions. "I stood there in the line-up for, like, two hours being judged by some of my friends in the judging panel, too. I got in fair and square.

"I’d already done two workshops and then, I even got the lawyer just to make sure that I was legit, that I could join. But I think I worried the committee. And it was not just the right time. A lot of people didn’t like that I already had a career, they wanted to represent who’s really fresh. Didn’t make sense to me because I got an awesome experience. Would that be valuable? But, who knows?"

"I was told that because of having two names, it was not deemed right for me to join. I thought it was a bit silly but okay, it was great because I moved to Singapore." Her pageant dreams may not have come to fruition, but they paved the way for her to relocate to Singapore, where Joey moved on to do other great things.

These Looks Prove That Nicole Cordoves Was the Best Dressed Beauty Queen at Bb. Pilipinas 2021

All the Stunning Outfits Catriona Gray Wore at Binibining Pilipinas 2021

10 Iconic '90s Filipino Actresses And Where They Are Now