LOOK: Julia Barretto Is Ready for Mature Roles, Which Means Living Life on Her Own Terms|Read more »
Culture | By Lily Tabanera for Cosmo.ph - Oct 21, 2020 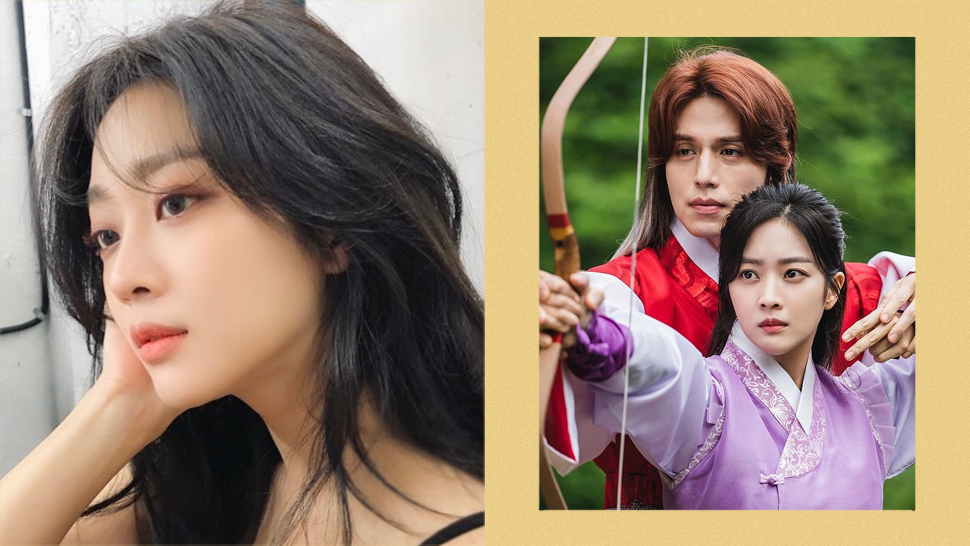 We're sure you're intrigued about Tale Of The Nine-Tailed leading lady Jo Bo Ah, who plays the determined producer of an urban fantasy legends show, Ji Ah, in the series. Ji Ah lost her parents in a mysterious accident when she was a little girl, and she's been looking for answers to their disappearance ever since! Her leading man is none other than Lee Dong Wook, a gumiho or nine-tailed fox who is waiting for the reincarnation of his one true love. Coincidentally, his soulmate looks EXACTLY like Ji Ah. The drama also stars Kim Bum as Yi Yeon's dangerous half-brother Yi Rang.

Her birthday is on August 22, 1991, which makes her a Leo! According to Viki, she made her debut in the acting industry in 2011 with the show I Live In Cheongdam-Dong (also known as Living Among The Rich).

2. Jo Bo Ah wanted to be a stewardess or diplomat when she was younger.

When she guested on the show Ask Us Anything, she revealed why she became an actress. Jo Bo Ah said: "When I was younger, I wanted to be a stewardess or diplomat, so I studied English really hard. Thankfully, I was able to play a stewardess role in the drama The Man Living In Our House...I chose to be an actress because I could experience a variety of occupations."

The entertainment company is also the home of actress Kim Hye Yoon.

4. She starred in a romantic thriller called Innocent Thing.

In the 2014 movie, Jo Bo Ah's character is a high school student named Young Eun whose attraction for her married PE teacher Joon Ki soon turns into "a dangerous obsession."

5. Jo Bo Ah is no stranger to fantasy dramas because she once played a mermaid!

She played Hani in the 2014 drama The Idle Mermaid, who comes to Seoul to find her prince. According to Soompi, Hani "lives as a human being in a world that does not show mercy to anyone who is not employed."

Soompi reports that the couple revealed they were dating in March 2015 and that they met on the set of The Idle Mermaid. They were together for almost two years. Sadly, the couple announced their breakup in 2017, with their agencies saying that they "naturally grew apart."

7. Jo Bo Ah is pretty bad at "hiding her emotions."

In an interview about her previous show Baek Jong Won's Alley Restaurant, the actress said that she "realized how bad she was at hiding her emotions" and that "she felt her expressions exaggerated situations a lot."

8. Her first impression of Lee Dong Wook is just the cutest.

In a September 2020 interview for the magazine 1st Look, Jo Bo Ah said that Lee Dong Wook totally fits his role in Tale Of The Nine-Tailed! "When you first think of the actor Lee Dong Wook, doesn't he really suit a gumiho? I was quite excited. I think he's an actor who fits very well with fantasy-like characters like these. Because of his unreal appearance, I really thought he was perfect for the role—so much so that I don't know who would have been able to play the role if it wasn't him." Same, girl, same!

9. In August 2016, she was diagnosed with Encephalomeningitis.

Even though she was advised by her doctor to stay at the hospital, Jo Bo Ah "went back to work to finish filming" for her drama Monster. She was admitted to the hospital soon after and updated her fans that she was doing well. Encephalomeningitis is a condition that involves "an inflammation of the brain and meninges."

The award was for her role in the drama Goodbye To Goodbye, where she played the role of a single woman in her 20s whose life is intertwined with a married woman in her 50s.

Tale Of The Nine-Tailed is available for streaming on iQIYI and Viu, with new episodes every Thursday and Friday.

Filipinos Can Now Visit Russia With An E-visa