DID YOU KNOW? Here's Why Kathryn Bernardo and Daniel Padilla Won't Be Getting Married Yet|Read more »
Culture | By Jam Nitura - Apr 25, 2021

You can catch her latest movie on Netflix now! 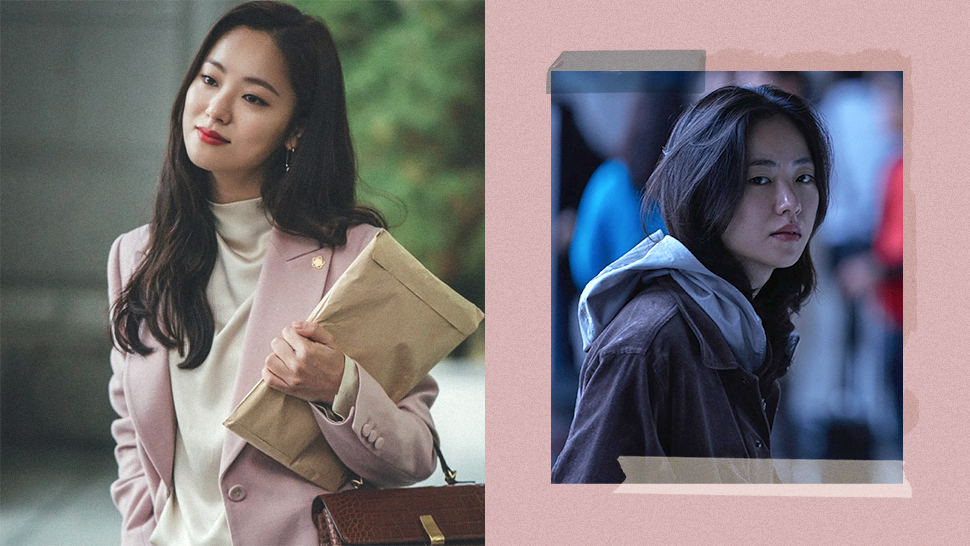 Korean actress Jeon Yeo Bin undeniably broke through the spotlight this year as the sharp-tongued lawyer Hong Cha-young in Vincenzo. If you loved her in the tvN series then we’re sure you’re dying to know more about this rising leading lady. To help you out, we previously rounded up 10 fun facts any new fan should know about Yeo Bin. Now, if you’ve already familiarized yourself with the actress, the obvious next step would be to explore her varied body of work. Luckily, we’ve got that covered, too.

Below are 10 Korean dramas and movies that you should definitely catch if you love Jeon Yeo Bin.

Four young men try to save the newcomer in their small town when she unknowingly gets involved in a pseudo-religious cult after she and her father seek help from a spiritual medium. Her first venture in television, Yeo Bin plays Hong So-rin in the series, an undercover journalist.

This crime drama revolves around the daily workings of police officers as they form the Live team for the Hongil Police Precint Office. Pay close attention to the show's first episode because Yeo Bin makes a guest appearance as the friend of Han Jung-oh, one of the police officers in the series who's determined to prove that women are as just as equal to men in their field.

Alternatively titled Melo Is My Nature, this romantic comedy follows three best friends in their 30s who all work in the entertainment industry. Yeo Bin in particular portrays Lee Eun-jung, a documentary director who runs a one-woman production company. Beneath her determined nature at work is a distraught woman still grieving the passing of her boyfriend.

Vincenzo Casano, a South Korean-born Mafia lawyer in Italy, flees to his homeland after he finds himself caught in between two warring factions. There, he meets and falls in love with Hong Cha-young, a dedicated lawyer, who also becomes his one reason to stay in the country.

In March of this year, Yeo Bin was announced as the lead star of Netflix’s upcoming Korean drama original Glitch. She’s set to play Hong Ji Hyo in the mystery sci-fi series, a woman with a perfectly steady and ordinary life. This all changes one day when her boyfriend mysteriously disappears “in a flash of unknown lights”. Her search for him takes an extraordinary turn when she unearths an eerie secret with the help of a group of UFO watchers.

Yeo Bin plays a minor role in the comedy drama film Merry Christmas Mr. Mo, as a young and eccentric bank teller. The story itself centers on Mo Geum-san, a small-town barber suffering from a terminal illness. To make the most of his final days, he enlists the help of his estranged, wannabe film director son to shoot a short film about his life.

A young student’s life is turned upside down when she’s pointed as the primary suspect responsible for her close friend’s sudden suicide. On a quest to prove her innocence, her own sanity starts to pull at the seams when her vile classmates end up turning on her. After My Death is considered as Yeo Bin’s breakout role thanks to her stellar performance which earned her several acting awards and nominations, including a slew of Best New Actress wins.

This true to life historical drama chronicles the 20-year long friendship of Joseon’s most prominent ruler, Sejong the Great, and his most brilliant scientist, Jang Yeong-sil. Together, they plan on advancing the country’s military power with the help of astronomy, that is, until Yeong-sil mysteriously goes missing.

Secret Zoo is an absurd South Korean comedy about a lawyer tasked to keep a failing zoo afloat. His last solution when all else fails? Have its workers dress up like animals to fill in the park's shortage of wildlife.

These Candles Look And Smell Like Your Favorite Sweet Milky Drinks