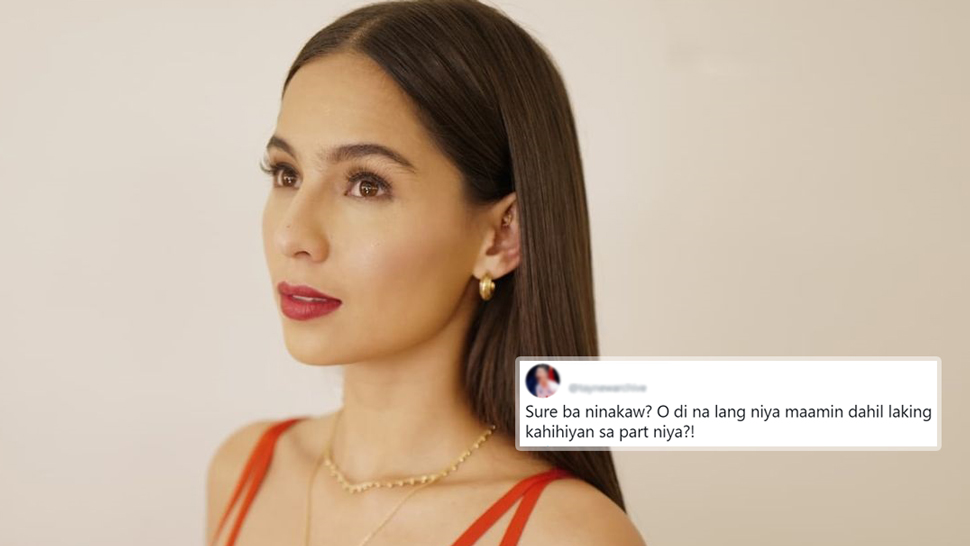 Jasmine Curtis-Smith has been receiving flak online for "shaming" a delivery rider on her social media accounts.

The incident occurred on September 17, with the actress posting a screenshot of a food order transaction. She captioned: "Hey @grabfoodph, your rider stole my order. He wont answer my texts or calls. :("

Aside from tagging the food delivery company, she also tagged several news outlets and bloggers such as PEP.ph, GMA News, and Ogie Diaz in the post.

Netizens were not pleased by Jasmine calling out the rider publicly. On her now-deleted post on Twitter, one user told the actress that she should've just reported it in the app. "What if nagkaprob[lem] lang . Naipost at napahiya na si kuya," they wrote.

Jasmine replied to the user later on to explain the situation and thank them for the constructive response.

She said, "Hi, I've taken it down and I did simultaneously report it in the app, and via Twitter. The Grab team has processed my refund. Wala po sa halaga ang concern. Thank you for your advice and will take this on board next time."

All the posts about the matter are no longer on the actress' social media except for this tweet.

Despite her explanation, some users remained unhappy with how the actress handled the situation. "Damage has been done. Clearly, you took the post down after people called you out on it," one netizen replied.

The lack of clarification from Jasmine about whether the rider did "steal" her order as alleged in her posts also gained several negative responses.

Based on Grab Philippines' reply to the actress, the issue appears to be under investigation.

What Is A "comfort Character" And Why Do You Need One In Your Life?