SHOP: The Preview Beauty Bag Is Officially Here and It's the Ultimate Steal|Read more »
Culture | By Em Enriquez - Dec 25, 2021

She has an upcoming series with Lovi Poe soon! 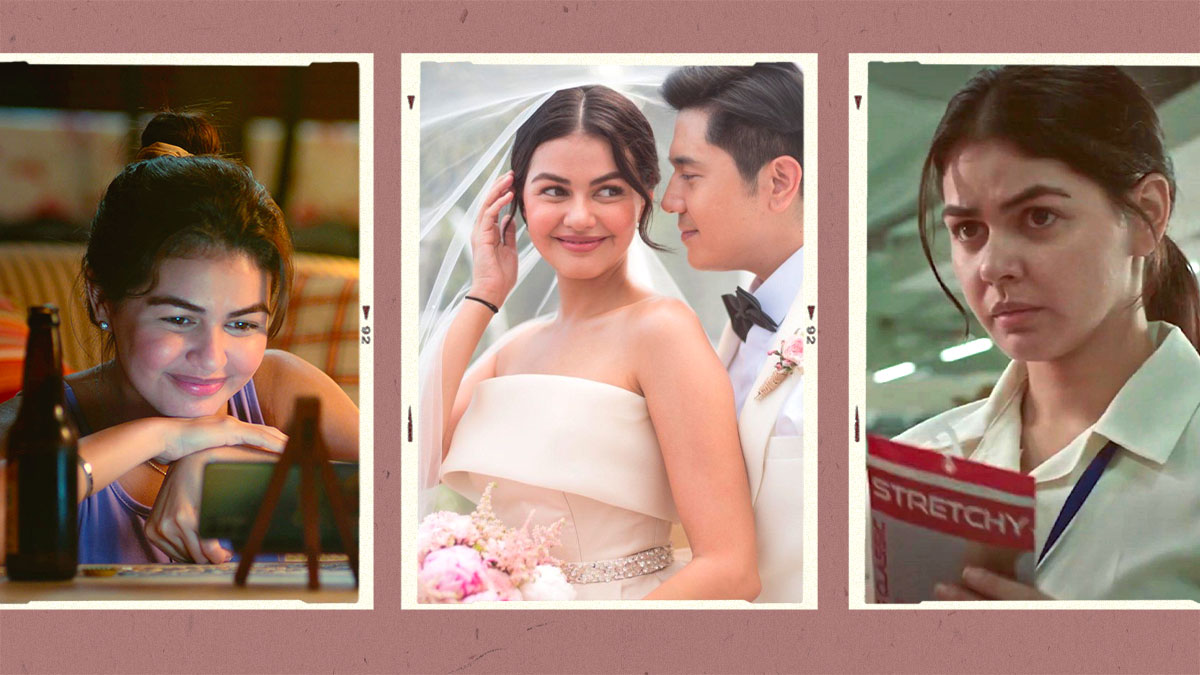 Someone with Janine Gutierrez's caliber of acting is a total treat to watch. From primetime fantaseryes to mind-churning indie films, the 32-year-old thespian manages to wow us everytime she embodies a new character on screen.

Lucky for us fans, she's only getting started. Early next year, we can look forward to seeing the actress opposite Lovi Poe in an exciting LGBT-themed series on iWantTFC. For now though, there are plenty of shows and films of hers that are readily available for streaming online. If you're due for a Janine Gutierrez marathon, you came to the right place.

After playing small, supporting roles in a couple teleseryes, this was one of Janine's first stints as a leading lady. In Dangwa, she plays a cupid-like spirit named Rosa, who's on a mission to help people find the love of their lives, one rose at a time. She unexpectedly finds herself growing feelings towards Baste (Mark Herras) and Renz (Aljur Abrenica), which causes her to rethink her earthly purpose.

In another romantic series opposite Aljur Abrenica (they were kind of a love team back then), Janine gives life to Reign, who is ineffably in love with Edgar, played by Aljur. In true love-or-die fashion, the two swear to stay together, no matter what. Years later and virtually everything about them has changed, except for their feelings for one another.

While you won't catch Janine spitting fire at every second in Dragon Lady, you will witness her mustering up all her fierceness. She leads her life as Yna, who is born with grotesque, lizard-like features on her face. After experiencing immense pain and humiliation from her family's enemies, she becomes hellbent on exacting revenge and making them feel her fury.

In one of her first projects as a Kapamilya, Janine pairs up with the swoon-worthy Paulo Avelino as not-so-everyday couple Camille and Andrei. Attaining happily ever after is no pleasure cruise, as the two have to first resolve their family's differences and their personal baggages. This sugary sweet series is still currently airing, so make sure to catch up on it ASAP!

Playing the namesake of the film, Janine's character is still the apple of Bert's (Enchong Dee) eye even after years of seperation. The two unexpectedly reunite and Bert does his hardest to win over his longtime crush, who seems to be doing just fine with or without a man to clutch unto.

In perhaps Janine's most impactful role to date, she plays a saleslady who goes through the nitty gritty realities of being a lady in today's world. The actress' character is plainly referred to as "Babae" throughout the film, exhibiting how the experiences she goes through are more fact than fiction for womankind. Janine fan or not, this is a 78-minute feature film you have to see.

Sharing the screen with her real-life lola, Pilita Corrales, Janine portrays Dee, a fresh-faced Manila girl who goes home to her province and catches up with a charming but awkward school chum named Edong (Pepe Herrera). She gradually grows closer to him, making it difficult for her to leave her hometown. This romcom drops in less than a month on Netflix, making it the perfect feel-good movie to see as the new year begins.

Janine won the Rising Star Award at the New York Asian Film Festival for her performance in this movie, and it's not hard to see why. She plays Len, a young woman who's literally left to her own devices during the COVID-19 pandemic. She e-meets Caloy (JC Santos) and starts an innocent quaran-fling with him, earnestly hoping to see him in the flesh one day.

This Cozy Mini Resort In Antipolo Is Your Next Staycation Spot