LOOK: Everything You Need to Know About Seo Ye Ji's Upcoming K-Drama "Eve's Scandal"|Read more »
Culture | By Jacinda A. Lopez for Cosmo.ph - Aug 15, 2021

"Motherhood doesn't stop someone from achieving their dreams." 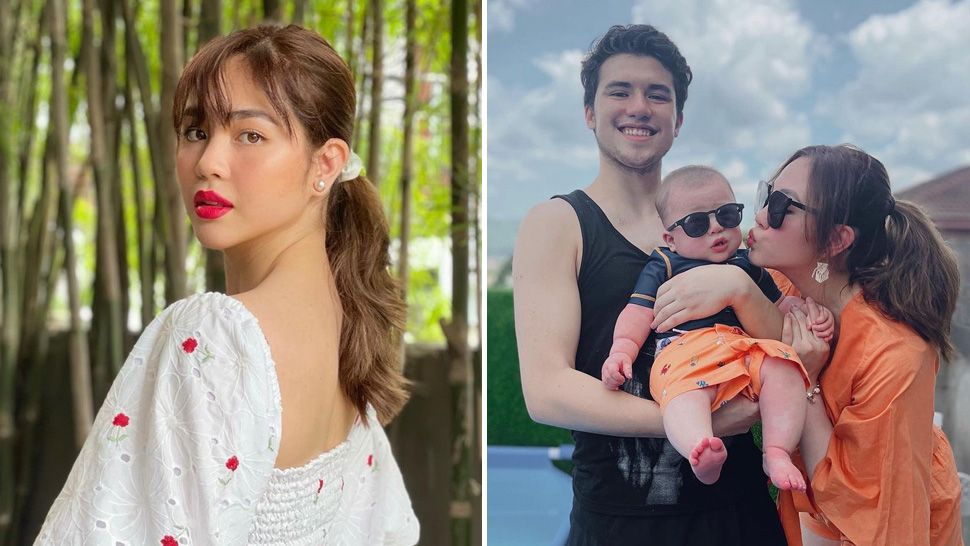 In January 2021, Janella Salvador and her boyfriend Markus Paterson, both 23, introduced their son Jude to the world via a heartwarming video on their joint YouTube account. The couple chose to keep Janella's pregnancy as private as possible until she gave birth to Jude in the UK in October 2020.

Now that the family of three are back in the Philippines, they're slowly easing back to their artista life while being hands-on parents to Jude. In a new vlog from Erich Gonzales, Janella sat down with Erich over a meal and talked about the many changes in her life. There are two major things that Erich noticed in Janella, 1. She's so much more organized in her house, and 2. She's never late anymore!

But their convo turned a bit serious when Janella talked about the tough times she went through as a young mom, specifically dealing with unwarranted comments and opinions about her life.

Janella went on to react to a term being said about her way too often: that she's "sayang": "Pero of course, hindi mawawala yung parang notion na parang, 'Ay sayang,' parang ganun. Maraming ganun na parang, 'Sayang, sayang, sayang.'" She then boldly said that giving birth doesn't diminish her many talents and that she's still the same Janella we grew up watching: "But honestly, I'm out to prove that nanganak lang naman ako, e, 'di ba? I'm still Janella. I just gave birth but I still can do what I can do. Yung mga nagagawa ko dati, nagagawa ko pa rin naman. I can still act, I can still sing.

"But yeah, basically, I just wanna prove not just to others but also to myself na kayang-kaya. Motherhood doesn't stop someone from achieving their dreams."

Janella revealed that she still has many dreams for her future, but they're mostly for Jude since he's her number one priority right now. She also said she plans to create a solo YouTube channel for herself, and so does Markus! Here's to chasing your dreams, Janella!

Here's Where You've Seen These 7 "nevertheless" Actors Before