JUST IN: Jinkee Pacquiao Is One Glamorous Ninang at a Wedding Wearing Accessories Worth at Least P10 Million|Read more »
Culture | By Jacinda A. Lopez for Cosmo.ph - Aug 27, 2020

Did You Know? "It's Okay to Not Be Okay" Is Actually Based on the Writer's Own Love Story 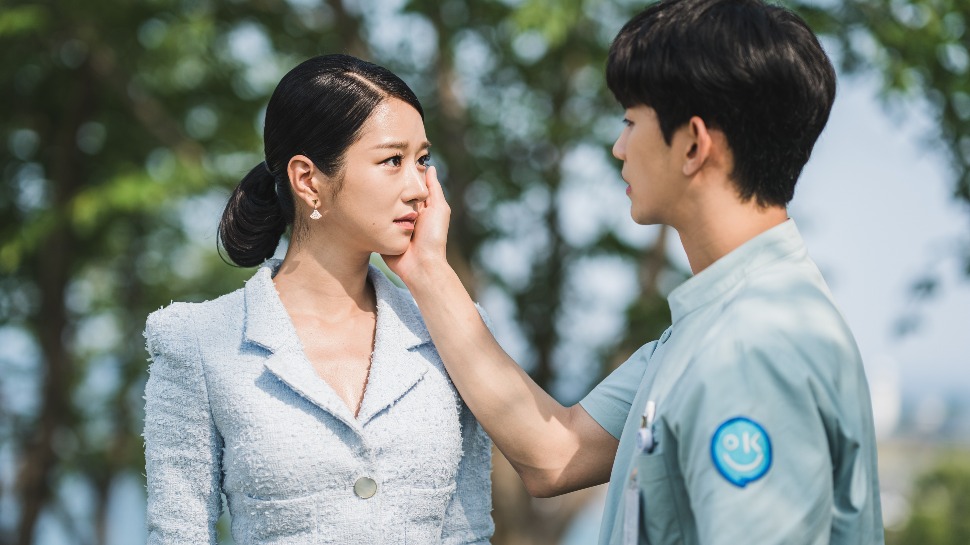 IMAGE Its Okay to Not Be Okay/Netflix
"This drama started with my love story with a man who had a personality disorder."

It's Okay to Not Be Okay has, without a doubt, one of the most unique narratives we've ever come across in the small screen. The drama is laid out like a fairytale book with each episode acting as a chapter. The story itself, though, is the most intriguing element—it tackles hard and sensitive topics such as mental illnesses, trauma, and personality and mental disorders. And IOTNBO's lead romantic couple, Moon Gang-tae (Kim Soo Hyun) and Ko Mun-yeong (Seo Ye Ji), captured our hearts with their incredibly complex but equally charming romance.

Unknown to most, Gang-tae and Mun-yeong are actually based on IOTNBO writer Jo Yong's own love story. In a report by Annyeongoppa.com (originally from Naver.com), Jo Yong recently revealed that she once fell in love with a man with a personality disorder—just like Gang-tae falling in love with Mun-yeong in the drama. "This drama started with my love story with a man who had a personality disorder," she said. "It's a drama reflecting my narrow-minded self who failed to acknowledge and embrace, and chose to give up just to escape from prejudice."

"So, through the character of Gang-tae, who is the opposite of me, I wanted to show him the recognition and engagement that I couldn't do at that time, and I wanted to apologize."

She also added, "I wanted to tell you somehow, 'You haven't done anything wrong. So please be happy wherever you are.' While writing this drama, I received the most healing treatment than anyone else, so I was so happy."

IOTNBO is marketed as a healing drama, and that was exactly why she wrote the story in the first place—for the viewers, but ultimately, herself to heal from her past: "I've read that a person who has no emotions feels lonely. It is a human instinct to find warmth to fill the loneliness they've felt. I wanted to be comforted, healed, and grow up to be an adult. So, I hope that you would not turn away, but rather hold on to those hands that are struggling to find warmth from other people."

As for Jo Yong's feelings towards the lead actors portraying these multi-layered characters, she only had praises to say about them. Talking about Soo Hyun's performance, she said, "I can't imagine Moon Gang-tae if it's not Kim Soo Hyun, because he was an actor who could compress the painful feelings into a single look and a single voice while enduring the pain in his heart."

And as for Ye Ji, she "brought life to the character with her unique charisma and unexpected charm of loveliness." Jo Yong's favorite performance of Ye Ji in the drama is the nightmare scene in Episode 6: "I got goosebumps all the time. It was the best performance ever."

If you're interested to know about Jo Yong's previous works, check out the dramas After the Rain (2018) and Jugglers (2017).

It's Okay To Not Be Okay is available for streaming on Netflix.

Shares
Share
Tweet
View other articles about
netflix,  syn-00318 k-drama culture,  exp-kdramas,  k-culture fan,  it's okay to not be okay,  did you know,
More Videos You Can Watch
Most Popular