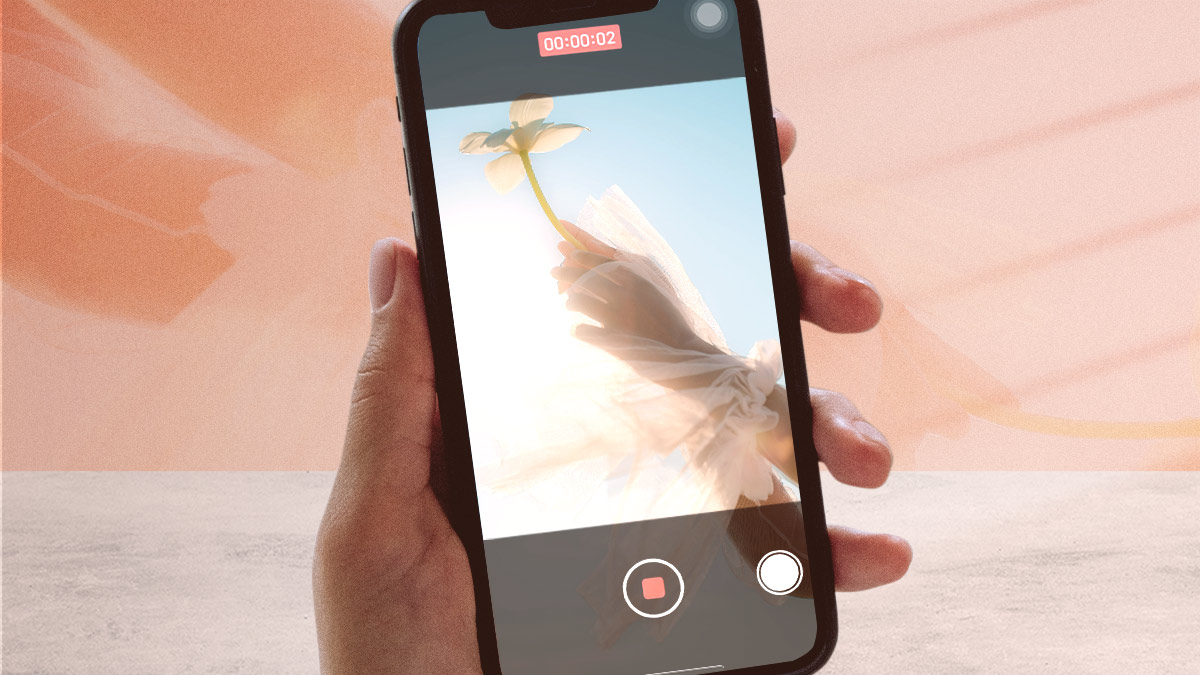 In this Instagram- and TikTok-obsessed world we live in, the urge to spontaneously record a video on your iPhone—whether of your morning coffee, your cute outfit, the sunset, and all the other cliches—hits you at least a few times a day. Easy enough, but there's just one problem: There's usually music playing on your phone because who even sits around in silence anymore these days? And even when you're only capturing a moment that's a few seconds long, it's always a buzzkill when the tunes suddenly stop—especially if you're vibing out to the music or worse, in charge of the aux cord in the car. But did you know you can actually take videos on your phone without pausing the music? This feature is called QuickTake, according to 9to5Mac; here's how it works.

iPhone Hack: How to Take Videos on Your Camera App Without Pausing Your Music

Now, you're probably already aware this feature is available on apps like Instagram and Snapchat. If you're shooting an IG or Snap story straight from those apps, the music on your phone does continue playing, although it sometimes tends to pause for just a second. The difference here is that you get to use your native iPhone camera which can shoot videos in much higher resolutions and for longer periods compared to those shot on external apps. To make this happen, all you have to do is well, play music—which you were probably already doing anyway—either from a streaming service or your iPhone's built-in music player.

Next, open your camera app, but don't slide to the video-recording screen. Instead, stay on picture mode. From there, find the subject or scene you want to shoot and frame it accordingly. Press and hold the shutter button (don't lift your finger!) and swiftly slide your thumb to the right side of your screen—you have to do this quickly so don't let your finger linger on the main shutter before sliding it to the right. Another shutter button will appear as you slide—drag your finger to that new shutter button and you'll notice that a video will start recording, but the music will still be playing. Once you're there, you can lift your finger and just shoot the video like normal. And yup, your tunes won't skip a beat!

Once you're done, you can just hit "stop" as your normally would. When you check your camera roll, you'll find the finished video there. Give it a preview and you'll notice that the sound from your music has also been recorded by the camera. Now you not only go to take a video without pausing your music, but you also have a clip with some cool background music in it! Just note that this feature is only available on the native camera app of the iPhone 11 series and all models released after it.