Her shocked face taking over the internet was presumed to be her reaction to Will Smith slapping Chris Rock. 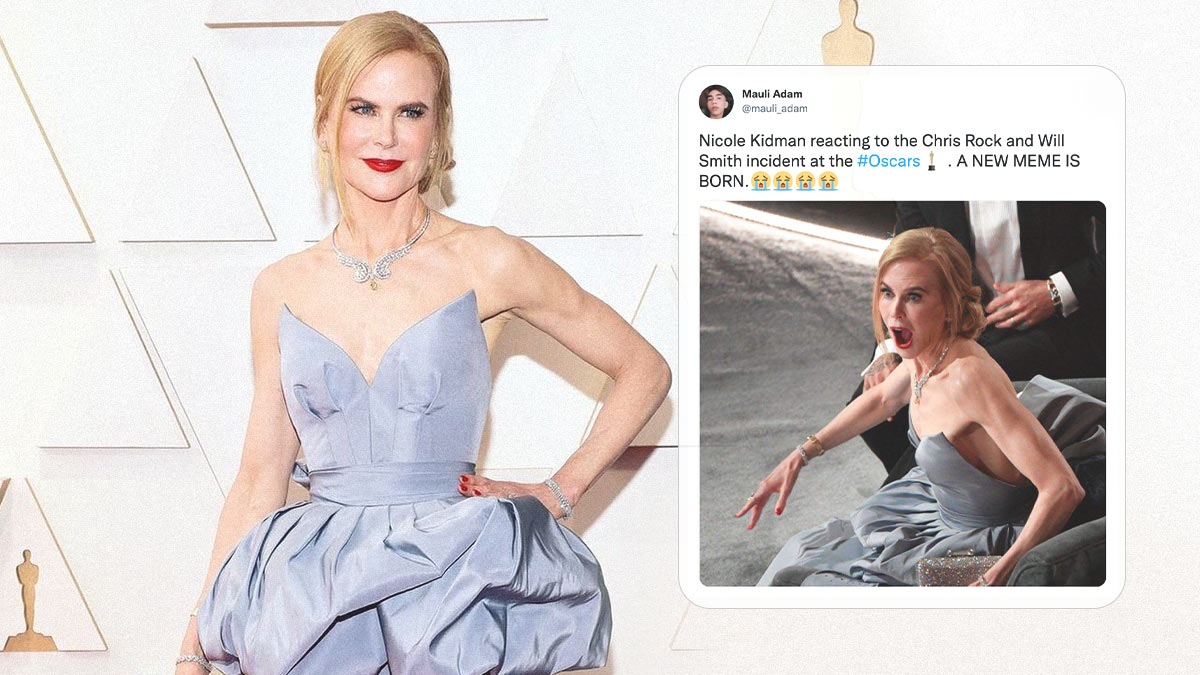 The annual Academy Awards was held yesterday, but more than the winners, the event was overshadowed by the controversial altercation between Will Smith and Chris Rock.

ICYMI, the actor slapped Chris hard on the face in a totally unscripted move after he joked about Jada Pinkett Smith’s shaved head. FYI, Jada has been struggling with alopecia for years, an autoimmune disease that causes severe hair loss.

In true internet fashion, various memes were born from the viral clip, but perhaps no video or photo (apart from the actual moment) was as widely passed around as the image of Nicole Kidman’s shocked face. We’re sure you’ve seen it on social media: the actress sporting both her Armani Prive gown and a stunned expression, presumed to be her reaction right as Will had hit Chris on stage.

Below, we round up some of the best internet reactions to Nicole Kidman’s viral photo:

Here’s the thing though, while the internet had its fun with the photo, it seems it was widely taken out of context. According to American media, the shot of Nicole was actually taken hours before the ceremony even began.

When Vulture reached out to its original photographer, Myung Chan of the L.A. Times, he revealed, “It appeared that she was excited to see Jessica Chastain across the room. Kidman then reached out her arms and waved to her with both hands.”

Meanwhile, Will Smith finally released a public apology on his Instagram a day after the Oscars. In the post, the actor owned up to his “unacceptable and inexcusable” actions. He also apologized to Chris Rock, stating, “I was out of line and I was wrong. I am embarrassed and my actions were not indicative of the man I want to be. There is no place for violence in a world of love and kindness.”