If you're on a pageant high, be sure to scroll through Twitter for more witty quips! 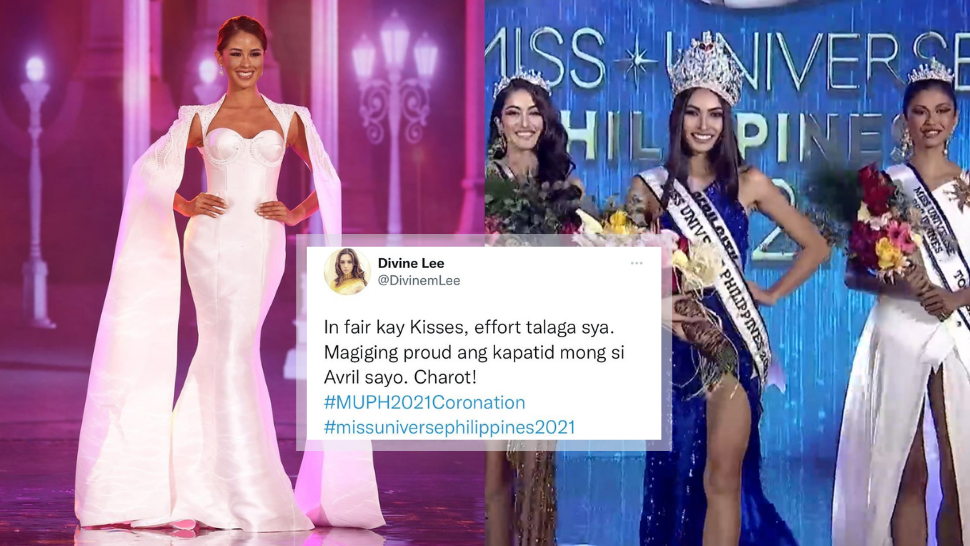 We don't know about you, but we're still reeling from the Miss Universe Philippines 2021 Coronation Night! Despite occurring in the middle of a pandemic, the candidates' performances did not disappoint. Being that she will be the first openly bisexual Filipina to compete on the Miss Universe stage, Bea Gomez's crowning was definitely the cherry on top of the evening.

Even if just through their phone or computer screens, many fans made sure to tune in and cheer for their favorite queens. Tweets predicting who will win and memes depicting notable events during the pageant were abundant, showcasing the natural sense of humor akin to Pinoys. We couldn't help but chuckle at some posts while watching the big event, so below we round up some of our favorites.

The night kicked off with a glamorous opening performance by the Top 28 ladies, accompanied and led by Miss Universe Philippines 2020, Rabiya Mateo. Dancing to BINI's "Born to Win" I guess you can say the number was a "heavenly" one for Twitter user @ekojjang_.

Being that this was also the end of Rabiya's reign, it was time for her to graciously pass the crown. We could only assume that it must have been a nerve-wracking moment for her, so we applaud the Illonga for getting back up when she slipped during her walk. Though the internet, as unforgivingly witty as it can be, was quick to allude this accident to a scene in the currently trending Netflix series Squid Game.

Some segments showed the girls conversing backstage, and some netizens couldn't help but point out how familiar their set-up looked like.